I recently had the fantastic opportunity to chat to John Choi, one of the team members at Seoul based NeoStream, the developers of Little Devil Inside. In the interview we talk about the game’s origins, Neostream’s background and much more so take a load off and read up on the game here.

Paul James: So John thank you for giving me your time for this chat, first and foremost what is Little Devil Inside? How did the game come about?

John Choi: Little Devil Inside is an action adventure survival game set in an unrealistic world with creatures, monsters and demons but your actions are very much limited to human capabilities. That being said, the game is not about casting magical spells or summoning mythical monsters. You will need to rely on human instincts and use available technology to prepare and go through your missions.

Little Devil Inside will also have the basic features found in RPGs such as character traits, stats, weapon & armor upgrades but the focus of our design concept was not so much ON each of the features but HOW they can be delivered to the player so as to create the required emotional link to keep the player immersed and make them live the game rather than just play it.

As gamers ourselves, we have grown with pretty much the entire video game era beginning from the early 8-bit days when before making a purchase decision, there was little or nothing to go on except for a little cover art. The cover art often just had characters and the world at a glance but somehow encouraged the gamer to picture game in their imagination.

This nostalgic essence is what we wanted to create with Little Devil Inside by using what was just sufficiently required of the technology available today hence our main design concept – minimalism. We want the players themselves to create their own experience and for this to happen, we will need to carefully build in many detailed content.

Are there any games in particular that serve as motivation for the game, whether that is mechanically, aesthetically or even in terms of narrative?

Directly or not, we believe that other than just games, media such as film, print, art & design in general have all been inspirational sources.

There are however, games that have certainly influenced Little Devil Inside in terms of game design and mechanics such as Betrayal at Krondor, X-com series, Legend of Zelda, System Shock. Each of these games we felt had its own unique element of inspiration.

At least from the video and screenshots I’ve seen Little Devil Inside appears to boast an impressive minimalist design, but also presents a world packed with diversity and colour. How has the team managed to balance this?

However, this does not mean keeping everything in the game minimal per se. In terms of gameplay as well as visual art, we wanted to create obvious contrast.

Since our game is very much atmospheric, we also wanted to create and express contrasts in mood, weather and climate. In addition, we are trying to build in many assets such as boss characters and NPCs that also have particular moods and themes.

In terms of gameplay, what this means is say if you’re on a hard j90=ourney, we want you to really feel it and to amplify this experience, your safe return to your home will really be a relief.

As developers of a game that was at least partially funded by Kickstarter, how does the team take on and potentially implement feedback from fans? Has there been anything good or bad that’s been said that became a factor in the development so far?

I believe our Kickstarter backer community is truly awesome at both heart and mind. Just like to take this opportunity to mention again that if it wasn’t for our 5,000 backers, we wouldn’t be exactly where we are right now.

During the campaign, much feedback, additional ideas, suggestions etc. were tossed around and surprisingly, it seemed that many already had a good feel for what the game will entail. We could see that many backers were not just gamers but developers, artists and industry professionals as well.

After Kickstarter, we haven’t released any new builds or feature updates yet and I know some are very eager to see progress. Our next big milestone of course is E3 next year where we hope publically showcase our game much of the game features we are currently developing.

Being under the spotlight and all with business discussions in progress and being an Indie still playing around with ideas and testing mechanics, we are still a little on the careful side when it comes to showing off all the progress as they come along.

However, we know communication with fans is very important and I expect this to pick up very rapidly towards mid next year. In the meantime, I’m hoping to share what we can and exchange feeedbacks with our fans. Based on past experience, our fans are truly gamers and provide great feedbacks not just as gamers but once again, many have an eye for detail and are also very knowledgeable even technically so I hope this will all prove very valuable.

What have been some of the highs and lows of development so far?

The highs are always when a great idea comes along no matter how small they may be and then the team gets together, tests the idea and get it to work. I think this process is always a high especially for an Indie. After all, the single most important pros about being and Indie is to maintain that level of development freedom right?

However, life after Kickstarter isn’t exactly the same as before. We are very grateful for all the media attention and constantly having people knocking our doors but on the development side of things, still being a small team and all, I must honestly say, this has scattered our focus a little bit especially in the several months right after Kickstarter. Inevitable but true. People were actually taking the time and effort to fly in to see us and check out where things are at. So much of our time has also gone in to cater for this. I guess it’s always an inevitable trade-off with development within any small and compact team such as ourselves. Hopefully with successful business proceedings in the near future, we expect our team to grow and have some dedicated people taking care of the much “non-dev” side of things J.

The Kickstarter mentions that Neostream is based out of Seoul in South Korea. How large is the team, and do the majority of the team hail from Seoul or do you have a range of members from a variety of differing locales?

Yes, currently we are developing out of Seoul with a compact team of six. We expect to keep it this way with perhaps one or two additions until our next major build.

Once we have all the core mechanics up to scratch and polished to the satisfaction of our Creative Director (harder done than said I’m afraid), we then need much more resources to pour in assets, get help with professional sound, music scores, voices, narratives, scripts, translation etc. the list goes on.

What sort of previous experience does the team have in games development? Do some come from backgrounds in other industries?

Although we have made games for some local clients and also have experimented with several of our own game concepts in the past, most have been educational games for kids and casual games. Little Devil Inside is actually our first official own title.

As a company, we originate back to 1998, Sydney, Australia, as a multimedia company developing multimedia content for a various clients worldwide but our passion has always been in games.

Although we have experimented with several game concepts in the past, it was always difficult to really focus and drive all our energy into game development whilst catering to daily business which in itself was no small task – at one stage running two studios in two different countries.

So in the end, our hearts got the better of us and so we decided to go all in – resulting in what is becoming Little Devil Inside. New faces have also joined the team – we first decided to bring a CEO on board to manage and drive the company (something we don’t have a great track record of J), programmer with a 17 year streak at Samsung and a professional artist with a long record of stunts at some major local game companies.

The Kickstarter tells us that you’re aspiring for a June 2016 release. How is that tracking at this stage of the year, given that it was May when the game received backing from consumers?

Hoping you wouldn’t ask that J

Yes our original rough estimation when we were entering Kickstarter was somewhere between mid to late 2016. We haven’t made any official announcements on this yet and we also just expressed that we were hoping for this.

Being our first title, and especially after talking to all the platforms and some publishers, we are beginning to understand the reality side of things involved in bringing a game of our scale and nature to release. Not to mention several months have also eaten up our time setting up office, entering business talks, doing presentations here and there.

In terms of just the game itself, yes the game has grown also in scale. Not so much in terms of physical size but in the level of detail, assets and gameplay. It has become more open world exploration than we originally started out (although there is a main story driven mission system) and there is still the depth and level of co-op multiplayer feature on the table under discussion.

We also hoped (and still hoping) for a concurrent release across most platforms but with all the different submission and QA processes, localization etc., this is still a little grey.

What platforms are you looking to release Little Devil Inside on?

Little Devil Inside will initially be available for PC (Win, Linux), Mac, PS, Xbox and WiiU with PC being the lead platform. Once again, we will try and go for a concurrent release but this will not be just up to us to decide I’m afraid.

If any of our readers are looking for a bit more information about the game, where might they be best to go for further updates and news?

Before the year ends, we will try and have our website up and running and we will be loading up news and dev logs every now and then.

Until then, our Kickstarter campaign page is still active and some of our backers are still active on this. We also still post updates to Kickstarter and our Facebook page as they become available.

Our Kickstarter campaign page still has all the original details about the game and for those who contact the dev team for some specific inquiries, we can always be contacted at:

Thanks and all the best! 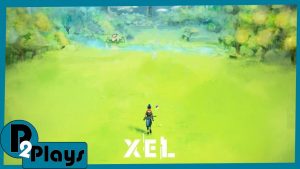 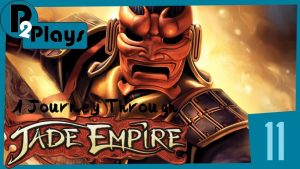 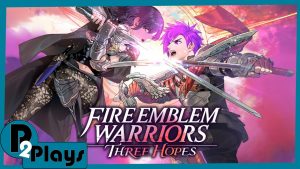 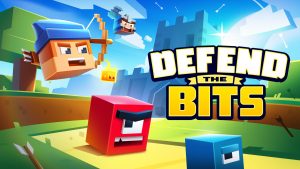