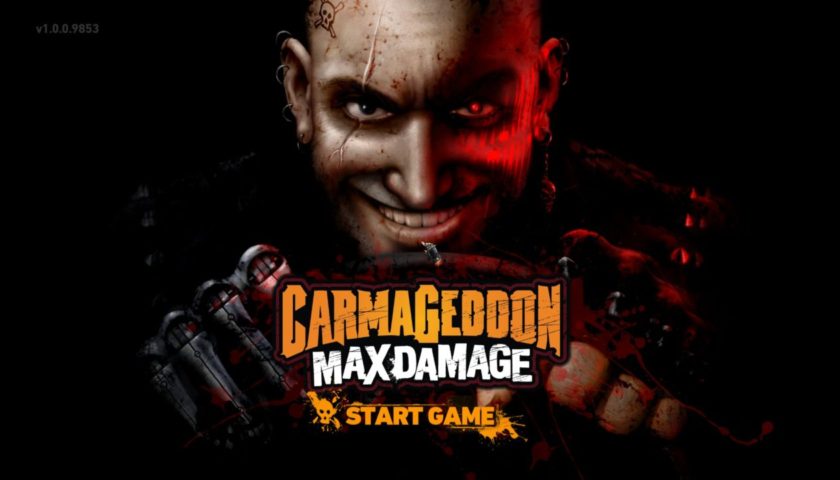 Carmageddon was one of those titles that every teenager wanted to play. Crazy car combat, gory pedestrian death and questionable morals meant that all the kids at school were talking about it while at the same time parent groups were condemning it. For its time it was a unique experience that earned rave reviews from critics and a cult following. Fast forward to present day and we have the release of Carmageddon: Max Damage, a new entry in the franchise from the original creators, but the question is does it live up to the legacy?

Max Damage is essentially the same game as the Kickstarter-backed Carmageddon: Reincarnation from a few years ago. In fact, the only difference is a few new levels, a couple of extra cars and significantly fewer bugs. The easiest way to think about this game is that Reincarnation was the beta and Max Damage is the final game. I can’t complain though as the developers haven’t charged Kickstarter backers any extra and have given them Max Damage for free.

As for the gameplay, it has hardly changed from the first game. I took control of a high powered car and sought to destroy my opponents, race through checkpoints and run over innocent pedestrians. This is sadly the games biggest problem as I feel the developers overlooked potential improvements on the Carmageddon idea in order to stay true to the original game. This lead to me getting bored with the experience quite quickly and I am sad to say that the concept and gameplay don’t quite hold up in the modern day.

That said I did have quite a bit of fun in short bursts. Carmageddon: Max Damage is the type of game that I could pick up, play for 20 minutes and enjoy a quick injection of fun. It is a lot like when I grab junk food for lunch, it fills the hole and is quite tasty but I know there is better food out there and I can’t help but feel a little guilty. I am glad to report however that all of the bugs, glitches and frame rate issues that plagued Reincarnation have been eliminated so this is the best version of the Carmageddon formula available.

Carmageddon: Max Damage is the type of game that if I picked it up on sale for $10 I would be totally satisfied with. It runs well, offers some chaotic destructive fun and has an enjoyable sense of self-awareness that I got a giggle out of. However, gaming has come a long way since the original game and sadly the Carmageddon franchise hasn’t, meaning as a full priced title the game falls short.