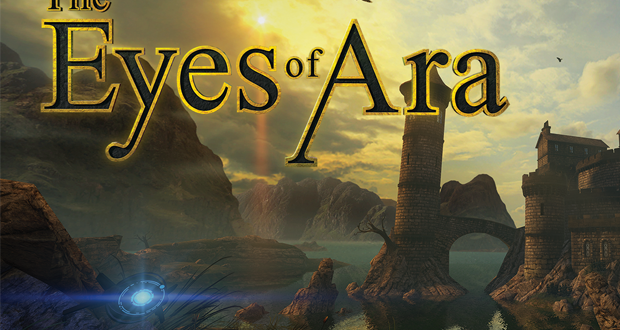 After a decade working on renowned franchises like Star Wars, Spyro the Dragon and (best of all) Viva Piñata, in 2013 Australian developer Ben Droste struck out on his own to found 100 Stones Interactive, a one-man studio based in Brisbane. Debut title The Eyes of Ara is the result of years of hard work and was fortunate enough to receive a place in the 2016 PAXAUS Indie Showcase. Player2 caught up with Ben to find out more about the development process of The Eyes of Ara as well as the future of 100 Stones Interactive.

Stephen del Prado:  Hi Ben, thanks for talking to us! The Eyes of Ara first came to public attention through a Kickstarter campaign that was successfully funded in June of last year. How much of the final product had you put together before the campaign?

Ben Droste: I began work on The Eyes of Ara back in 2013 after leaving SEGA Studios Australia, so the project was already about two years into development by the time I ran the Kickstarter. At this point most of the main gameplay code was written, and all of the main chapters had been designed and work had been done on them to varying degrees. The first and third chapters were in greybox stage (that is, the level was playable but all of the art was comprised of untextured grey boxes, used for blocking out and testing the design), while the second chapter also had a large amount of its art worked on as well. As a result, the Kickstarter campaign was comprised mostly of screenshots and videos from this second chapter.

What were some of the benefits and challenges that crowdsourcing brought to your development process?

There were two primary benefits to crowdsourcing: funding and community. Funding is the obvious one, The Eyes of Ara would not have been completed (at least not to the quality level that I was aiming for) without the funding. So sites like Kickstarter are great for small indies such as myself for sourcing alternative means of funding for their ideas.

Community is equally important. Establishing a core community and building a following on social media was the difference between launching to an excited audience and launching to silence. Furthermore, by including Kickstarter tiers for Alpha and Beta access it allowed me to get lots more people testing early builds and providing feedback. A lot of bugs were found and fixed, and a lot of design changes were made as a result of this feedback. It’s safe to say that without the community’s support, The Eyes of Ara would not be receiving the high review scores that it has been.

As for challenges, crowdfunding is hard and it takes a lot of time away from the development of the game. I spent about six weeks preparing the Kickstarter prior to launch (and that was probably too few), and then the campaign itself was a full time job. So that’s two-to-three months of full time work and a lot of late nights that is not being spent on making the actual game, which is not what most devs want to be doing, but it’s necessary if you’re serious about making your campaign a success.

Where did the inspiration for The Eyes of Ara come from? If I had to draw a comparison, I would point to something like Myst, however I’m well aware that for a creator there can be many points of reference that would go unnoticed by a casual observer.

Myst is a game that is brought up a lot, and it’s a comparison I have drawn myself occasionally. The Eyes of Ara seeks to capture a similar sense of exploration and wonder that early games like Myst presented, but I wanted to update the gameplay with modern game design techniques and ideas. Games have come a long way since those early days, and if nothing else I wanted The Eyes of Ara to be a bit more user-friendly.

I also wanted to blend in some inspiration from other games and genres I enjoyed growing up, in particular old SNES games like Super Metroid and Donkey Kong Country. The level design and hidden secret design draws on these games a lot.

The setting and story is based heavily on my own personal interests. I love visiting old castles and ruins, and I’m a huge fan of scifi and its unique ability to exploration the human condition. So from very early on, before even the first line of code was written, I knew in broad strokes were the game would be set and themes I wanted to explore.

So in the end, while comparisons to Myst are flattering, I hope that The Eyes of Ara stands tall with its own unique identity.

Being selected as a PAXAUS 2016 Indie Showcase winner is a fantastic achievement and a testament to your work on the game. Was it gratifying to receive not only the recognition but also an opportunity to share your work in person?

Absolutely! As positive as the feedback on the game had been leading up to launch, I could never really be sure how it was going to be received once it was finally out there. It was my first independent title, and like any creator I was really anxious about the launch. So getting the news that I had been selected for the Indie Showcase was wonderful. I was actually informed of the news about a week before my game launched, though I wasn’t allowed to speak about it until several weeks later when the official announcement was made. But getting that news just before launch relieved a lot of that anxiety, it was humbling and reassuring to know that The Eyes of Ara was considered worthy of recognition.

And now I get to show it in a very prominent position in front of thousands of people at PAX, which is awesome! I’m going to have two stations set up on my booth for people to play, and I will be at the booth all three days of the show. So I look forward to sharing the game with as many people as possible.

What’s on the horizon for 100 Stones Interactive following PAXAUS 2016?

More work on The Eyes of Ara! You’d think that shipping a game would be the end of it, but it’s not. I still have several Kickstarter rewards to fulfill, and there’s a few updates I want to make to the game to address some of the feedback I have received since launch. I’m also looking at localisation into several European languages, so I have a lot work to be done on the game yet.

After that I’m looking forward to moving onto my next project… whatever that may be. I have a few ideas of things I want to experiment with, but no definite plans yet. I’m probably going to create a bunch of different prototypes and see what ends up being the most interesting and then proceed from there.

You can find Ben and his game The Eyes of Ara in the PAX Rising area of the Expo Hall from the 4th to the 6th of November.