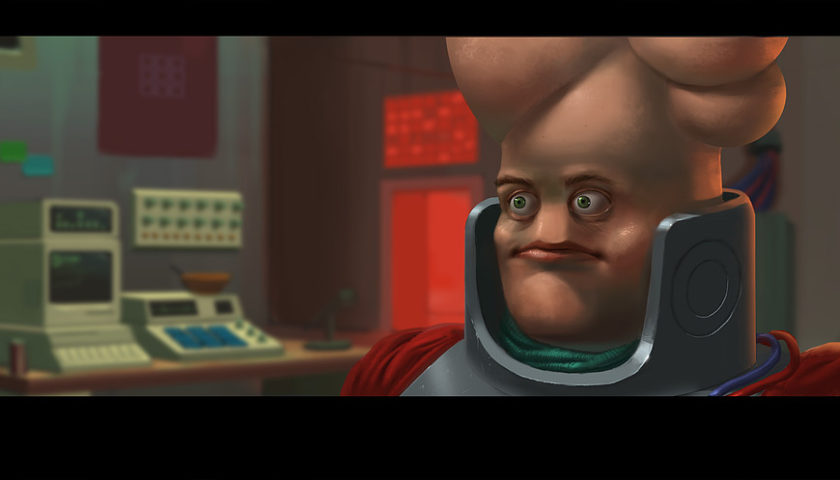 “Just two guys, having a good time” is an apt description for Jacob Janerka and Jonas Kjelberg. Jacob is an independent developer based out of Western Australia, Jonas a freelance composer located in Sweden. Through the magic that is the internet, they have combined their powers to create Paradigm, a post-apocalyptic adventure game that won a place in the 2016 PAXAUS Indie Showcase. Player2 caught up with Jacob and Jonas to find out more about the development of Paradigm.

Stephen del Prado: Hi Jonas and Jacob, great to talk to both of you! Firstly, can you give our readers some background on yourself and how you got in to game development?

Jacob: Some say I appeared into existence by escaping an old VHS from a local second hand clothing shop. However really I grew up in Perth, Western Australia and have been drawing all my life.

My original plan in life was to be a AAA concept artist, however after a while, I was not too keen on drawing the same space marine and angry demon. And after multiple portfolio reviews, people always liked my stupid characters more than my serious space marines, so I decided to go down a comedic route. However, the jobs I wanted to do did not exist (or I was not qualified enough for), so I went ahead and started my own game after realising that there were engines out there that did not require programming experience.

Jonas: I am a man child of 30 years who recently had a mid-life crisis which meant taking my piercings out, spawning a child and getting married. You could say that I am a citizen of the world, but in every legal and practical sense I am Swedish. I have a five year Masters in Electroacoustic composition at the Royal Academy of Music, and my professor said I was going places. Turns out that meant making cheesy retro music for a jokey cartoon-game, hired by a boy 5 years younger than myself.

I’ve always been into video games and what started as some small side gigs while studying has ended up with me now freelancing as a composer and sound designer for games full time. Recently I have been getting more and more involved in the development process and am eventually planning on making games of my own.

As a lifelong fan of the work of Lucasarts and Sierra, Paradigm definitely tickles my fancy in terms of its visuals and sense of humour. Jacob, what were some of your biggest influences on its design? And Jonas, what has most influenced you as a composer?

Jacob: The classic works of Lucasarts clearly shines through like DOTT, Monkey Island, Full Throttle etc. However, my influences span from many other mediums like paintings, movies and TV shows. Some examples include 2001: A Spacey Odyssey, Gattaca, The Prisoner, The Mighty Boosh, Monty Python, Adult Swim and many more.  My original vision for the game actually stemmed from being unfulfilled from watching Pixar movies. They have this beautiful style, beautiful acting, however I always felt I wanted something that was visually similar, but with darker humour and themes.

Jonas:  The style of the music in the game covers electronic music over several decades, from 60’s to 90’s. Depending on what the current scene of the game is the style is influenced by an iconic composer of that era. There is everything from Stockhausen, to Wendy Carlos, to Jean Michel Jarre, to Pink Floyd, to Kraftwerk, to all the 80’s pop, up to about Aphex Twin. Like the game itself, the music references some very nostalgic themes.

How did you two get in contact and what challenges did you both face during development given the time difference between Western Australia and Sweden?

We like to believe it was through some divine prophecy, however Jonas actually contacted me on reddit long ago when I first started to show screenshots of Paradigm. He really dug the style and mentioned he really wanted to work on things which were unique, rather than make “Boss Battle #4321”. Jonas had crazy skills that spanned over multiple genres which was perfect for Paradigm since its soundtrack I imagined is very eclectic.

As for the time difference, to be honest it was not a huge issue. Generally I would let Jonas work quite freely with a loose brief. Then via email or Skype I would offer feedback once he had work to show me. However, as I have an irregular sleeping schedule, we normally synced up working hours anyway, haha!

What were you each doing when you found out Paradigm had been selected as a PAXAUS 2016 Indie Showcase winner?

Jacob: I was just about finished doing 1000 push-ups and I believe Jonas was climbing a local Swedish mountain.

What can PAXAUS 2016 attendees look forward to at the Paradigm booth?

Attendees can expect complimentary high-fives if requested, a cute but hideous mutant protagonist, a candy vomiting evil sloth, a Glam Metal pug and top quality chats. Also as a bonus, a post-apocalyptic dating simulator so you can find that special multi-limbed loved one.

Paradigm is set for release in January of 2017. What are your plans following launch?

Jacob: I will continue working full time on Paradigm offering support and creating extra cool content for people who like the game, and to help spread the world. If all goes well after that I hope to continue to make games. I have a few ideas in mind, however one project I just would like to pitch for fun is my Seinfeld point and click adventure game. While unlikely I will be able to secure the rights, I feel it’s definitely something that should exist one day.

You can find Jacob promoting Paradigm in the PAX Rising area of the Expo Hall from the 4th to the 6th of November.