*Please note this article was originally published on www.blackpanel.com.au and has been reproduced here with permission. This article is here to give a little insight into how Player2.net.au came about.

Quite a few years ago I came across a problem in my gaming life. That problem was that most of my friends didn’t actually like gaming that much. I mean sure they would enjoy the occasional drunken game of NBA Jam but none of them shared the passion like I did. This led to a shortage of players for multiplayer events and in the days of yore, a time before XBLA and PSN, I had almost no one to get a game with. What made it worse was that not even my girlfriend (now wife) wanted to join in the fun. I was stuck with no one to turn to. Sitting in my lounge room playing Street Fighter against the computer was common. That is how bad my gaming situation was.

So after some extensive consultation with my wife, we decided to create my very own Player 2. Now let me tell you that creating your own gaming partner is in no way a quick fix to multiplayer fun. It is a long-term investment into a brighter gaming future. For starters the “create a player” mode, while a hell of a lot of fun, takes a long time to load. Nine months to be exact. This loading time led to quite a few troubles and was in no way easy, though admittedly much easier for me than my wife for some reason.

Once my Player 2 had finally loaded however I began his long apprenticeship into the world of gaming. That’s right I had to slowly introduce the joys of virtual worlds to him over the ensuing years. At this point I would like to say that to anyone thinking of creating their own Player 2 that in those early years brainwashing is a legitimate tactic. In fact, I used the same technique to ensure my Player 2 not only loves gaming but also supports the Canberra Raiders.

The years moved on and my Player 2 graduated from watching me play into playing games of his own. Things started simple, 2D Mario, Rayman and De Blob became go to entertainment experiences for him. These games were only introductions however and they led him to possibly my biggest misstep in guiding my young padawan through his gaming youth. That misstep was Minecraft. Now any of you out there with their own Player 2’s will likely feel my pain but for those that don’t know that Minecraft is simply the Beelzebub of gaming for young players. It consumes young souls and leaves them obsessed with blocks, iron and creepers. Every conversation, every thought, every moment leads to this devilish piece of software. I warn you all the dangers of Minecraft are real and I advise you to avoid them at all costs.

Luckily for me, however, my Player 2 finally made it through this phase and after a nine-year apprenticeship I decided he was at last ready to graduate to my wingman. Sure during his learning years we had played games together but now he was ready to tackle something that had long been a love of mine. The Master Chief was calling, Cortana needed his help, The Covenant needed to be repulsed. It was time for him to join me in the world of Halo.

His graduation into a full-blown Player 2 happened conveniently around the time that the Halo: Master Chief Collection was released (coincidence? You be the judge) and it seemed fitting that the game that converted me to a primarily console gamer should be the first game my Player 2 and I completed together. So with his brand new controller in hand, sitting on the couch next to me, Player 2 finally got to press start and join in on the fun.

What followed was gaming heaven. I felt like Obi-Wan and Player 2 was my Luke. I guided him through the ways of the plasma grenade, the nuances of the scoped pistol and the joy of cold-cocking sleeping grunts. He took great pleasure in manning the Gatling gun, mowing down alien hordes as I drove our Warthog towards the objective. I got to pass on my knowledge of gaming and my sidekick soaked it up with glee. I cannot stress how much fun we both had, I have always loved gaming but in these first moments together I think my enjoyment reached new heights. Batman finally had his Robin.

Since that day hours have passed as we spend time together slowly making our way through the Halo games. We are getting very close to the end of Halo 1 and it is amazing the jump in skill that Player 2 has had since starting with me. He is even starting to give out some friendly smack talk if I do something stupid while we play. Most of all though both master and apprentice are having a blast together and that is, without doubt, the most important thing. I played the long game, invested the time and created my own Player 2 and now I am reaping the benefits. I hopefully have a gaming partner for life.

Now while Player 2 is now able to join me he still has some way to go to become a Player 1. He is still restricted to what he is allowed to play, as decided by me. He is also not allowed to venture online. Finally, I am still shielding him from the more nasty elements of gaming culture (My wife has threatened me with hot pokers if I ever show him what “teabagging” is). But despite this, I cannot help but be excited about our potential future gaming exploits and what games will come next as we journey through wonderful virtual words together. Of course, there is a chance that in the future my Player 2 may lose interest in gaming but I have already thought of a solution to that problem. While he still has a few years left till graduation, Player 3 is coming along nicely. 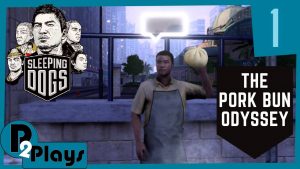 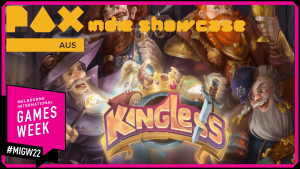