Attila the Hun, some will argue, was the greatest military commander who ever lived. He had military IQ, terrifying warriors in the Huns and the advantage of tactics seldom seen in Europe at the time, but his greatest strength was his fearlessness. Attila the Hun feared nothing, not the Persians, not the Romans, not even the Balkans, there was not a man anywhere that Attila could be said to fear… well not until I was given charge of his Cavalry units. His fear seemed to raise a little then, for I am not the best choice of cavalry commander.

In keeping with the namesake’s time period, TW: Attila has multiple nomadic factions who ignore the traditional towns, settlements and designated armies and operate as a marauding horde of death and destruction. If I was a nomadic faction my hordes were both army and town in one, and they require equal military and civic management and development. If one of my hordes suffered complete defeat I lost not only that army, but also all of the upgrades that mighty shanty town supported.

As with all Total War games I had the option of researching either military or civic developments for my empire, I had to be careful though – ignoring one always led to my destruction. Even the strongest army still needs to eat, and on the flip-side while I may have had the most advanced herding techniques in the known world, without a military force for defence it soon became someone else’s advanced herding technique.

The new horde factions have the ability to switch between being a Military force and a mobile settlement by selecting a different ‘stance’ on the campaign map. Much like in previous Total War games, the type of movement ‘stance’ your force has assumed has corresponding effects. The old favorites of Normal / Raiding / Forced March are still available, but the horde factions get a fancy new stance called Encampment, where they set up camp, bust out the marshmallows and sing kumbaya.

Total War: Attila launches with ten playable factions, so if playing as a marauding horde grew weary I could still play as one of the more traditional factions which follow the usual empire building play style. If I wanted the best of both worlds I could play as a faction that, if things went belly up, could just pull up roots and move to a nicer area where everyone isn’t trying to kill them. These two new play styles add a fresh take on the traditional empire building and for the Total War veteran they add in a fresh challenge as the nomadic tribes play VERY differently to anything seen in a previous games.

As as well a few UI tweaks TW: Attila has also had a fairly significant tweak to its AI difficulty settings it seems, because these enemy factions sure don’t play nice. In my most recent game as the Hun faction I was beaten so significantly that I was presented with a Game Over screen. As someone who has spent close to 150 hours playing Total War: Rome 2, this defeat came as a quite a surprise.

Now that’s not to say that TW: Attila is too difficult, more likely the fact I am a terrible cavalry commander and a terrible Hun player. I researched far too many military developments without researching a single civic advancement. Now while this lead to a fairly strong army (clearly not strong enough though), it also left my horde with both a food and income shortage. Long story short I was broke, hungry and surrounded by aggressive enemies who hadn’t taken kindly to the sacking of their settlements. My death was inevitable.

There is a famous Total War saying (which I may have just made up) that goes a little something like this “An army is only as good as the units that it’s made from”. So its good to see that each of the playable factions has a decent unit roster to draw from. Each faction has a lot of similar tier one units available, things like basic spear, sword, cavalry and ranged units, but once I had researched a few steps down either the military or civic research trees then more unique faction units started to become available. As I expected each faction had its own particular strength, whether that was the large stable of melee units available to the Saxons, or the Pike heavy Ostrogoths, who have access to more pike style units than any other faction in the game.

Another new feature in TW: Attila was the reworked family tree which is a great addition to the series and opens up a slew of new gameplay options. Things like being able to arrange marriages between your faction’s allies to strengthen your diplomatic relations was a stroke of genius and perfectly fitting with the time period. Where I can see this new family tree is really going to shine is in the re-playability department, no two games of TW: Attila are going to be the same, which as someone who played as much Rome 2 as I did sounds very appealing.

Despite my previous failure as a Hun warlord, I’m already well on my way to learning how to command a successful marauding horde which instills fear into the hearts of all around me. As I mentioned before TW: Attila is a difficult game, but that doesn’t make it a bad game, it just means I need to learn how to play it better. Sadly I have seen a heap of criticisms in the Total War forums about how the game is “too hard” and should be patched – but I for one hope that Creative Assembly don’t bow to the pressure. Maybe it is not a question of difficulty but a question of our abilities which, in my mind, is the thing that needs improving. 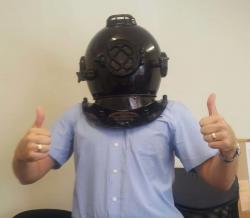