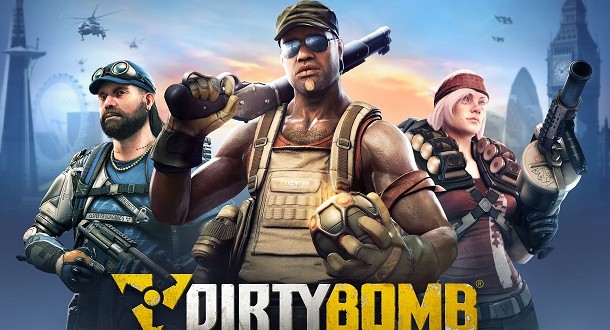 There have been a few games that have attempted to capture the Team Fortress 2 crown for team based shooters over the years but thus far none have captured gamer’s hearts quick like Valve’s quirky title. Dirty Bomb is the latest challenger to step into the ring and while it might be the plucky underdog, there is certainly the talent in place to take down the champ.

Developed by Splash Damage and published by Nexon America, Dirty Bomb makes the claim of the hardest team based shooter around and in some ways that is correct. This is a fast game, significantly faster than TF2. In fact the speed feels more inline with what you would find in Quake 3 or Unreal Tournament as opposed to a modern shooter. This means that shooting from the hip is a much more valid option than gamers might be presently used to so a period of adjustment is in order for COD veterans. This speed immediately adds an increase to the difficulty level and forces players to cooperate with their team mates unless they want to spend a lot of time at the respawn screen.

The game features a host of colourful chaps and lasses that all sport different weapons and abilities as you would expect. As Dirty Bomb is a free to play game the combatants are in a weekly rotation similar to how many MOBA’s deal with multiple heroes. Characters can be bought outright if players so desire but if they choose not too there will still be a great selection to pick from. The fighters fall into the classic categories. There is a tank, a soldier, a sniper and a medic but it also seems that there are a couple of characters that spread their talents across multiple classes. This wide variety keeps the game interesting that is for sure. Perhaps the biggest unique feature in Dirty Bomb is the fact that players can choose three characters to take into each round that can be switched between upon death. This allows players to go with an appropriate class for the situation but also forces them to think carefully about who they will bring to the gun fight.

Gameplay is objective based with teams being set the task of attacking or defending certain goals or locations. The maps seem well thought out with very few bottle necks or camping spots which keeps the game at a frantic pace and allows both the attacking and defending teams to implement plenty of strategy in proceedings. This heavy focus on team work will mean that players who can play with large groups of their own friends are likely to have the best time but the same can be said of just about every team based shooter ever.

There are still a few bugs kicking around and the game seems to have issues with some of Steam’s built in functionality like screenshots but these are to be expected while the game is in beta. Dirty Bomb holds a lot of promise, the combat is fast and entertaining, maps are well designed and the price is right. Whether it can dethrone TF2 is another questions but it would be sad if people didn’t at least give this one a shot. If they do then this scrappy underdog may just be able to land a knockout punch on the reigning champion.