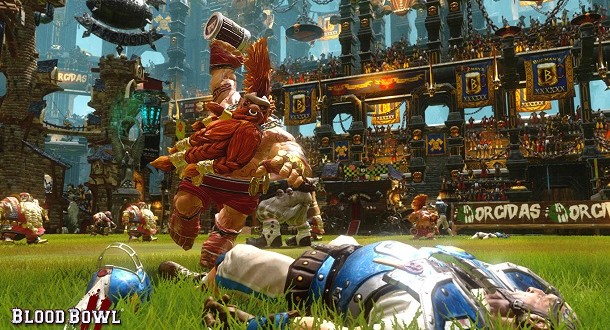 In news that is sure to excite Warhammer fans the sequel to the cult hit Blood Bowl got a little closer today with a new trailer and website going live. The combination of Gridiron and turn based strategy has a loyal fan base and they have been clamoring for a second entry since the original’s release in 2009.

The sequel will once again see teams made up of factions from the Warhammer universe do battle on the sports field for the coveted Blood Bowl. The game this time is offering a full single player campaign, online multiplayer battles and perhaps the most interesting feature a persistent online universe.  Another move that is sure to attract more players is a release on both the PS4 and Xbox One as well as the game’s traditional home, the PC.

So if the idea of Orcs, Elves, Humans and Ogres smashing each other to bits on a football field sounds fun to you then Blood Bowl 2 may just be your thing. Check out the trailer below for more information.