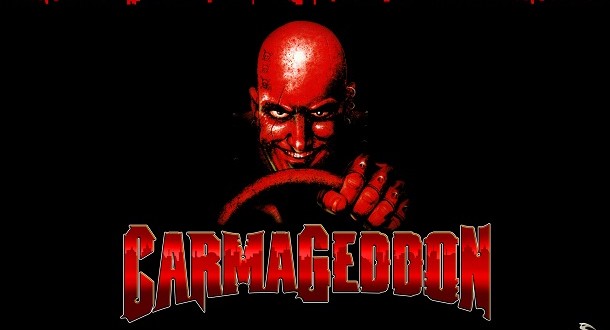 After a successful Kickstarter campaign, a long road through Steam Early Access and quite a significant beta period Carmageddon: Reincarnation has gone gold and will finally have an official release. April 23 is the day that Max Damage, Die Anna and co return to the roads to crash cars, run over pedestrians and decimate the bovine population.

This new game is being developed by Stainless Games, the creators of the first two well loved games. This team was famously barred from the franchise by the publisher at the time and the third game in the series was developed by another studio which proceeded to almost destroy the franchise all together. Luckily for fans Stainless grabbed the rights to the game back and thus Carmageddon: Reincarnation was born.

Our editor here at Player2 has played quite a bit of the beta so far and has thoroughly enjoyed his time with it so the full version holds quite a bit of promise.  So strap on your helmet, sharpen the blades sticking out of your hubcaps and put the pedal to the metal because in the world of Carmageddon you are much safer in the car than out of it.