Hand of Fate is a hybrid deck building and 3D arena combat game that has made it successfully through a Kickstarter campaign. The game has been brought to us by local Aussie talent, namely Defiant Development, based out of Brisvegas (aka Brisbane).

I came into Hand of Fate cold, so had no idea what to expect when I loaded it up. I immediately came face to face with the fortune teller. A character I would come to despise pretty soon, but in a good way. This fortune teller addresses you directly as you sit in front of your console or TV which I found makes for an engaging experience. A huge amount of work has gone into the voice work and acting for this character and it really shows. I think making such an engaging antagonist is great achievement. He did end up taunting me a lot though, so I think he’s kind of a jerk.

Part of the game takes place sitting a across from the fortune teller at a big round wooden table in a variety of locations while he plays cards from your deck, while the other portion of the game involves controlling a warrior protagonist in various 3D arenas fighting enemies or navigating trap rooms. The game is very atmospheric and, although some environments are bit dark, and some are quite cluttered, they generally look great.

Although the game starts with a tutorial I felt like it threw me right into the experience, yet it did a good job of introducing me to the game mechanics. The basic idea is to accumulate new equipment and encounter cards by defeating other cards (and getting their tokens) during play throughs. Before each level I got an opportunity to build my encounter and equipment decks for the session from the cards I had collected. The sneaky fortune teller always shuffles in some extra cards to each deck to add a little “spice”. Then the fortune teller deals some cards in adjacent formations and I was able to move a token, one card at a time, looking for either a travel card to the next formation, or the boss.

Encounters can involve combat, player decisions and, often, an element of chance where I attempted to pick success cards from failure cards in a shuffled choice of 4. Each encounter has a little story behind it and it’s fun to go through, although they do repeat (as is the nature of a deck building game) so I found myself rushing through familiar encounters after a while. Some cards had shops that allowed me buy more equipment or food, or if I had the coin, get rid of a pesky curse. Some cards are always beneficial and a welcome sight to a wary adventurer. Others spell almost certain trouble. Most times I found I would just need to weigh up the risk of an encounter against the reward, and then basically try my luck.

I also had to keep track of my equipment, gold, food and health. Each move consumes one item of food, but heals for a small amount. Run out of food and hunger can sapped my health rapidly until I succumbed to death from starvation. To makes thing even more fun (or frustrating) I could collect various blessing and curse cards. The blessing cards can be quite powerful and handy, while some of the curse cards hurt a lot and could really stack the game against me.

On the whole, the 3D combat is quite fun. It sometimes feels a little fiddly when the screen is cluttered, but the protagonist is very responsive I found I could usually run circles around my foes. There is single button for attack, but consecutive hits result in more damaging combos. If my character had a shield I could then counter enemy melee attacks or deflect projectiles. Shields also allow shield punch / stun move which is a great opener. Another button allows for a quick dodge roll, which is essential to avoid unblockable attacks. If I had special weapons or equipment I could also trigger special abilities with various effects. Odds can sometimes feel overwhelming when faced by hordes of enemies mixed in with previously defeated bosses. There is decent variety of enemies to battle and they come with various tactics and abilities. Some have ranged weapons or magic, others carry shields or maybe have an attack move that must dodged instead of countered. Bosses are tougher and have other special abilities such as healing their allies, powerful spells or even teleportation.

Hand of Fate offers two modes. In Story mode the objective is to defeat twelve levels with a boss monster card at the end of each level. If I died during combat or from starvation I had to start the level again, although I did get the cards from any encounter tokens I obtained during the run through. Also once a level and its boss is defeated, it remains defeated, so I could progress through the game. In endless mode the goal is to last as long as possible and accumulate the best score possible,  hopefully getting myself a spot on the leader board.

I have to admit that I have not defeated the final boss. The last level has a nasty curse that delivers pain cards (and their varied associated ill effects) every 4 steps and so far I’ve always been too beaten down to defeat the boss by the time I reach him.

As much I have raged against this game at times, hated the fortune teller for being such a gloating jackass, and cursed its developers, the fact that I find myself coming back for more means they did a good job. Support our Aussie developers by checking this out. I’m sure your skin is thick enough.

Joel Guttenberg hearkens from the motherland in deepest, darkest southern Africa, but now calls Australia home. His interest in games led to a career in IT, both of which continue to this day. He occasionally wrangles electrons into stories that are hopefully fit for (e)print and never, ever, sleeps on the job.
All Posts 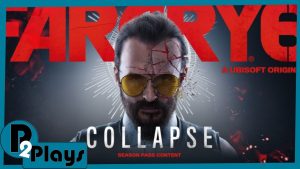 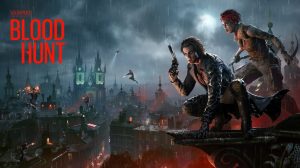