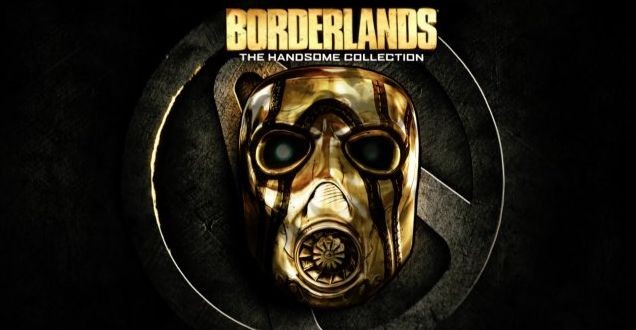 Of all the statements used to describe video games, “Value for Money” is perhaps the hardest to define. How do unique tastes, desires and situations quantify what exactly defines this vague concept. I always thought using the term in a review was too subjective, too open for interpretation. Well that was until the Borderlands: The Handsome Collection came along because as far value for money is concerned in the video game world I think Gearbox has now set the standard.

I don’t want to get into the math of it all but the sheer amount content in this collection is mind boggling. I got access to the excellent Borderlands 2, the slightly-less-excellent-but-still-loads-of-fun Borderlands: The Pre-Sequel and all of the DLC for both titles. That is over 10 extra campaign packs plus more bonuses than I could shake a giant stick at. I could sit in front of my TV weeks on end and still not see all of the content in this pack. Of course if a player has purchased this content before then the value diminishes but for gamers that are yet to dip their toes into the world of Borderlands then I can’t imagine a better deal.

This collection is all about putting together everything Borderlands in one convenient package but that doesn’t mean there haven’t been improvements made to the games in the process. Perhaps the biggest change (certainly the one I had the most fun with) is the ability to play four player couch co-op. I really like Borderlands but when I am playing on my couch with 3 other friends that like becomes an all-consuming love. The kind of love that may be considered creepy, disturbing and slightly unhinged. Quantifying how much fun can be had in this situation is almost impossible with words, just know that it is something that everyone should partake in as often as possible.

There are still a few issues with this package overall. I have come across a few technical hiccups during my time with the game. There are framerate issues, especially in the Pre-Equal which become quite noticeable in co-op play. On a few occasions the game almost ground to a halt, though thankfully that was rare. Another disappointing thing with the game is the lack of interaction between the two main campaigns. This was the perfect opportunity to integrate the games a bit more,  the ability to swap characters or weapons between the two for example. Unfortunately this hasn’t occurred and the games are wholly separate. So separate in fact that they have individual launch menus. I know that this sort of approach is probably nothing but wishful thinking on my behalf but considering how similar both of the main games are, both technically and visually, it certainly doesn’t seem like it would have been too hard to do (Programmers/Designers feel free to tell me how wrong I am in the comments)

Luckily the gameplay is as fun as ever and this more than makes up for the slight tech problems and my (probably unreasonable) wish list not being fulfilled. The pitch perfect shooting and a loot system that is more addictive than a truck full of heroin are still core to what Borderlands actually is and its effectiveness hasn’t faded overtime. Claptrap is just as annoying (or lovable depending on your perspective) as ever and the jokes still come thick and fast. In fact while the overall game is perhaps not as good as Borderlands 2, the Pre-Sequel is by far the funniest of all the Borderlands games especially if you are Australian. This is thanks largely to the Pre-Equal being developed in Canberra by 2K Australia and would unfortunately be their last ever game before their untimely closure earlier this month.

In the end this is a great buy. For players that have never played Borderlands before stop what you are doing and head to the store right now. Even players that bought the original games but none of the DLC will be getting a massive dose of value here because buying the extra content would cost much much more than the cost of this game. Apart from the four player couch co-op there is nothing really new here but there is an almost mind numbing amount of content. If Value for Money is your thing, then it doesn’t get much better than this.