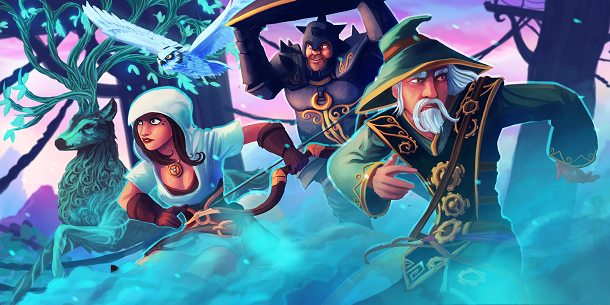 Trine 3: The Artifacts of Power – Review

The scale of the Trine franchise has steadily expanded over the years since its 2009 debut. The original game, a medieval fantasy that took three different characters through a wonderful series of 2.5D puzzles, platforming and combat was followed up in 2011 by a similar, but vastly superior sequel, Trine 2. It’s 2015 where we finally see the third entry in the series, Trine 3: The Artifacts of Power, which substantially shakes up the formula thanks to the addition of 3D gameplay; a first for the franchise and something that sends the series down a bold new pathway. However for as refreshing as this design decision is, there are a number of growing pains present, and simply not enough meat on the bones for me to be wowed as I was with previous entries in the series.

Trine 3’s narrative is perhaps the weakest of the trilogy so far. As the subtitle indicates, the plot of Trine 3 centres around the Artifacts of Power, and of course our three heroes, Armadeus, Pontius and Zoya. Bound together once again by the magic of the Trine, our heroes are out to thwart the uprising of yet another maniacal villain, but unfortunately that’s pretty much all that we get in the narrative department. A poorly delivered, and quite abrupt conclusion clearly sets the stage for either a sequel or DLC but it reeks of either a lack of time, or funding to flesh the conclusion out properly. Dialogue between the characters is also quite lacking with some dull banter exchanged between the heroes and a very little reasonable rationale provided for most of their choices.

It’s important to note the impact of the change to 3D gameplay and what it means to the Trine franchise. 2D sidescrolling has forever been known as the pinnacle of precision gameplay, but the addition of 3D creates a slew of complications, namely involving depth perception and the slowing down of movement to cater to this added depth to the world. Of course any game that enters the 3D realm faces these issues, but it seems that Frozenbyte’s lack of experience in the area has shown through in this particular entry. If you’re running towards the screen the camera takes too long to pan out and will at times result in players accidentally running off the edge of the map, while depth issues do cause some issues when attempting to leap across platforms.

Trine and its sequel had some excellent puzzles that whilst not gruelling, offered sufficient challenge, enough to slow you down and make you think, but that same excellent design is lacking in all but only a small handful of puzzles in Trine 3. In many cases I found that I was just creating one of Armadeus’ boxes to climb out of an area, leaving the supposed puzzle behind me. The few that have been well developed left me stumped for a suitable amount of time before some trial and error puzzle solving finally allowed me to escape the area. As far as Trine 3’s puzzles are concerned, it smacks of a job only half done, a case of the developers again running out of time, and consequently not layering on the polish as they might otherwise have done.

Within each of the primary levels, there are up to 150 Trineangles to collect and you’ll need to seek out pretty much all of them in order to progress to the next level, with a predetermined number of Trineangles required to unlock the next core level. There are a few standalone levels that cast you as one particular hero and require you to complete it with their given skillset and some of these are quite well designed, in particular those that require the use of either Armadeus or Zoya. Pontius’ extra levels often just require him to survive numerous waves of enemies and since it is quite easy to stun foes with a ground pound, or well places charge, these never grew into anything particularly satisfying.

What’s also quite disappointing is the omissions made to the game. Perhaps it was in service of the 3D world and some things didn’t quite gel, but it was a shame to see a range of abilities including Pontius’ Warhammer, Armadeus can now only conjure up one box, and can no longer electrify them. The omissions, while on paper perhaps seem only minor, actually stack up and make the game feel like a much lesser product as a result. Co-op play has returned, and though online is still at the time of writing a little patchy, in general it isn’t too difficult to connect and set up a game. If you’re unlucky enough to encounter some problems, you’ll find it to largely involve lag and a couple physics quirks.

Of course the world of Trine looks absolutely stunning once more. Both of Artifacts of Power’s predecessors were renowned for their crisp, well detailed environments and in Trine 3 this has only improved further. Frozenbyte’s incredible use of colour and incredible attention to detail is only amplified in three dimensions as they’ve scaled everything up, tucked stunning little gems into every corner. The voicing of the three heroes is again fantastic, but would have been better had they been given lines that were a little more engaging for both them as performers and for us as consumers. I commented on the extraordinary quality of the Ari Pulkkinen score in my preview and my high praise of it has perhaps has become even more glowing having played the full, final product. The score backing Trine 3 is phenomenal, with Pulkkinen nailing both the tone and the mood of the game crafting calm, serene melodies that back every moment of the action.

Trine 3 should have been the game that elevated the franchise to new heights, but instead, a lack of polish and refinement and resigned the game to the being the worst in the franchise to date. Had more time been spent working out kinks in the puzzles, improving the visual depth and thus improving the platforming mechanics then I might have been reviewing a very different game. There is the spine of a good game here, but all the aforementioned issues along with a narrative that culminates in what is essentially a nothing ending kills off any enjoyment I may have gotten from the game. Great in principle, Trine 3 is falls short of its own ambitions and aspirations becoming a forgettable experience in the process.