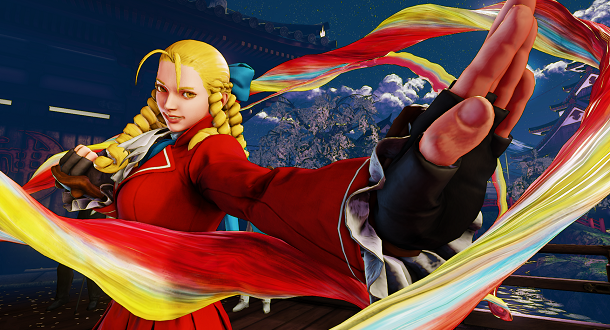 During the EB Expo 2015 weekend I was lucky enough to come across the latest build of SFV, complete with characters Ken and Karin. And by lucky, I mean I spent quite a bit of time on it, playing against other attendees of the event as well as entering the friendly tournament being run by Kevin ‘Burnout’ Kim, a familiar face and name amongst the Australian FGC scene.

There were a few surprises to be had as well as some changes. One aspect of Ken that I was looking forward to was using Ken’s target combo and cancelling into his V-skill only to follow up with another target combo and finish with a special. Sadly this was not to be, Ken’s target combo now ends in a launcher, which seemed quite weird at first but we now know that you can combo into a special / super, so the entire thing acts as a long ender to your combo.

Rashid, a new character with a penchant to throwing out tornado’s as attacks, is proving to be quite the utility character with options at all ranges. His biggest hook though is when using his V-skill which brings out a huge tornado, which he can immediately cross-up his opponent with using a wall jump. I saw many new players throwing this out during the day and it proved to be quite effective.

Karin resembles a cut down version of her former self from the Alpha series in which she was quite over powered with her constant mix ups that she could switch up in her combo string. Although she’s similar, I personally find at this stage she’s a bit toned down and I see inspiration from the twins (Yun and Yang) in her move set.

Overall the game is shaping up to be quite amazing and runs at a very smooth 60 frames per second without any blips. We’ve been told from Capcom that they will be removing P-linking and the tightest frame you’ll need to do is 3 frames. The logic behind this is to aim the game towards online multiplayer, where various characters would rarely be used online in competitive play because 1 frame linkers plus latency is a recipe for frustration.

In terms on how this game feels, there’s definitely a third-strike / alpha vibe to it and the vast majority of battles are going to be fought in the footsies range. What I found quite interesting is just how punishable everything can be. For example, throwing out a heavy sweep on block has always been fairly safe to do, but now you’ll find that the negative frames on that leave you open to attack. It’s a system that rewards and punishes aggressiveness, the removal of focus attack always means that people can’t just cancel out of blocked specials, yep that’s right, you throw out that random dragon punch, you’ll need to follow that one all the way through.

In news that many are well aware by now, the next beta will be playable October 22nd – 25th (which we assume is American time, so Australian’s can expect it starting this Friday on the 23rd) and the version we played at EB Expo 2015 should be the version we’ll get this weekend, which has been rumoured to test cross-play between PS4 and PC users. If you were accepted for the beta, you might want to clear your schedule.