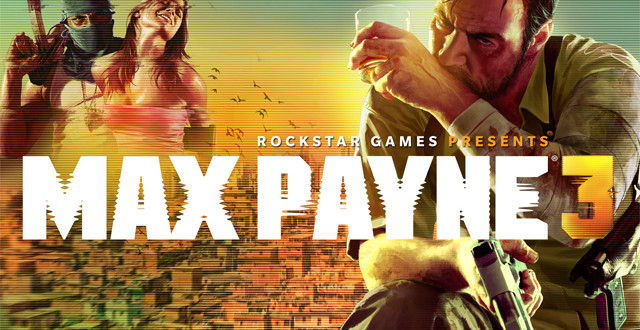 In Case You Missed It – Max Payne 3

The original Max Payne and its sequel are long-standing favourites of mine. The (then) fresh bullet time mechanic combined with a gripping story and comic/noir overtones created a game that I have a massive love for. So it was with some worry that I went into Max Payne 3. No longer developed at founding studio Remedy and having suffered through more delayed release dates than just about any game this generation, I was a little scared that there might be problems with the game. Maybe Rockstar just wasn’t up to creating a linear shooter. My worry and anxiety was wasted. Not only is Max Payne 3 the best game in the series but it’s a shining light for every other 3rd person shooter to aim for.

Max Payne takes the series from the dark noir coloured streets of New York and places you in San Pablo, Brazil for most of the game. I was thrust into the older, slower shoes of Max Payne, a man who was clearly still haunted by his past and had turned to booze and painkillers to numb the pain of his memories. From the opening scene I was thrust into a gunfight as a group of drug dealers attempt to kidnap members of the family Max was being paid to protect. I was immediately struck by how substantial the shooting felt. Max is slow, as you would expect from a booze soaked ex-cop, but he is precise. Bullet impacts carry real weight and when the last enemy in the room was taken down I was treated by a slow-mo shot of the bullet entering and exiting the thugs skull. Violent? Undoubtedly. Excessive? Possibly. Immensely satisfying and entertaining? Without a single doubt.

Max Payne 3 is violent, Quinten Tarrintino violent. The game never shies from the gory consequences of a gun fight; in fact it almost revels in it. This extra helping of viciousness could have put Max Payne 3 in to the realm of an over-the-top action movie but a suspenseful story keeps this from ever happening. My time with the game was narrated by Max himself, this inner monologue guided me, suggested solutions to my problems and provided some of the darkest comedy ever seen in a video game.  Max is voiced once again by James McCaffrey who delivers his lines with gravelly alcoholic tones. His voice acting is a standout in a game that excels in almost every area. The rest of the voice cast is suitably authentic and do a great job fleshing out the rest of the characters. Sound effects are top notch and the music is something special. The pop of handguns, the boom of a shotty and the ratatatat of automatic gunfire are all complemented by a great musical score that puts many Hollywood films to shame.

Along with an excellent cover system I also once again had to bullet time. A press of the right thumbstick sent me bullet time, making dodging grenades and lining up the perfect shot a cinch. It wasn’t so much a feature that made my time with the game easier as something that was simply required to get through the more difficult fire fights. I could use it to shoot grenades and Molotov cocktails out of the air, I could use it help dodge incoming rockets or I could simply use it to gain a few moments respite from the vicious, relentless and incredibly smart AI.

The game is available on Steam (usually at a good price, especially during sales) and on the PS3 and 360. The PC version can be a little fiddly to get working but it is the best looking of the three by a long way. Really if there is any reason you missed out on this action gem then now is the time to rectify that. Max came back with a vengeance and it is a bloody symphony that is worth watching.