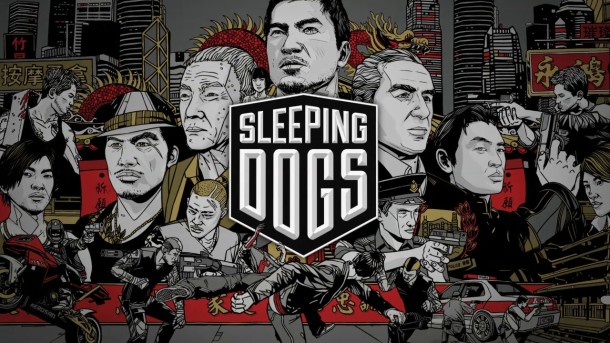 In Case You Missed It – Sleeping Dogs

In the realm of gaming few titles have surprised me as much as Sleeping Dogs. The title had a hugely troubled development and the fact it even made it to release is an achievement, let alone the fact it turned out to be the best open world crime game this side of GTA. The first thing that really grabbed me was the story. Paying homage to classic Hong Kong movies such as Internal Affairs and Police Story, Sleeping Dogs tells the tale of undercover Detective Wei Shen, an officer on loan from the USA, as he attempts to infiltrate the Hong Kong Triads and take them down from within. The tale is told in a more than competent manner and I found it easy to get caught up in Wei’s trials and tribulations as he rose through the ranks of the Sun On Yee (The name of the triad organisation) and tried to keep his true identity secret. Wonderfully told with shades of John Woo’s finest the story had be engrossed for the entire game.

Hand to hand combat had a big focus and the devs taken more than a few cues from the Arkham games. Melee combat is a game of move and countermove which works exceptionally well. Dropped weapons could be picked up on the fly, the environment could be used to take down enemies (head through a fish tank anybody?) and devastating counter attacks could be unleashed. It was a blast and I often found myself simply picking fights with gangsters so I could enjoy some more of this skull crushing action. The gunplay unfortunately is probably the weakest part of the game. I found the guns to be inaccurate and the cover system a little fiddly. It wasn’t broken by any means it just seemed like it needed some fine tuning.  Luckily the game only forced me to use guns on a few occasions, and most situations could be solved with a crane kick to the head.

While cruising around Hong Kong following the story and taking in the sights was fun, I found even more to keep me entertained with the large variety of side quests and activities. Be it the aforementioned racing events, to chasing down delivery trucks, to collecting protection money; all of the quests have been put together with care and in no way felt like time fillers. One highly enjoyable side quest tasked me with hacking security cameras all around the city. Once I had done that (and beaten up the large group of thugs protecting them) I could access the cameras from my home base and initiate arrests on those gang members conducting illicit activities within their sight. It was this variety and originality that had me engaging in these missions whenever the opportunity arose.

To say I was surprised during my time with Sleeping Dogs is an understatement. I had an absolute blast and the fact that it came out of the blue only sweetened the feeling. With a top story, excellent hand to hand combat, a fully fleshed out world that is a joy to traverse this game deserves your attention. What is even better is that the sexy HD version of the game is now available for the Xbox One and PS4 at a very attractive price. If you have any love for Asian cinema or open world gaming then do yourself a favour and grab Sleeping Dogs, you won’t regret it.