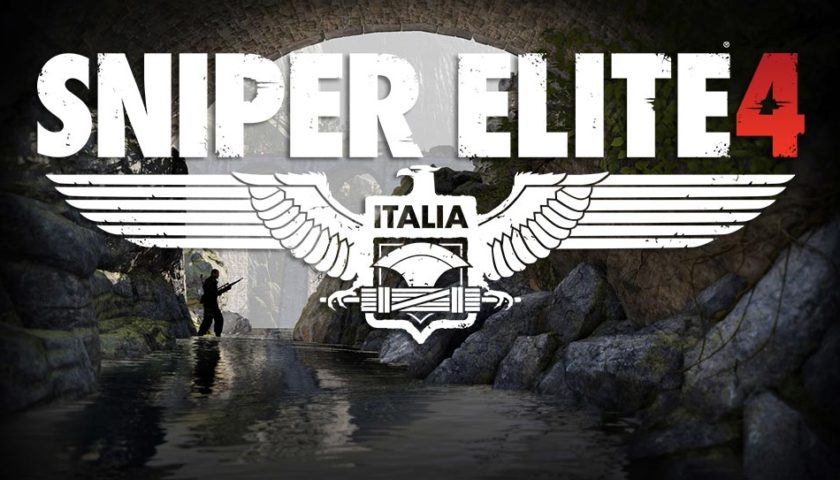 The Sniper Elite series isn’t something I have delved into apart from a couple of rounds of the spin-off Zombie Army variant. My impressions from marketing and the subset of friends who got into it gave me the impression it was a hardcore military simulator akin to ARMA but I was surprised that the moment to moment gameplay felt more like Splinter Cell or Metal Gear Solid.

The single player missions drop you into an Italian setting against an army of Nazis with set targets to assassinate along with objectives to perform in a sandbox setting. Your motivations are spelt out to you through a story so thin it borderlines on transparent, although that is not what most players are here for. The protagonist Karl Fairburne is an Office of Strategic Services operative tasked with assisting the Italian resistance during World War II and follows on directly from Sniper Elite 3’s campaign.

Returning this time is the series staple cinematic kill cam which goes into an x-ray mode to show off the devastation your bullets have caused on the enemies anatomy. It is gory as hell but can be turned off if you on the squeamish side. Particular highlights of the feature are popping a Nazi in the testicles and when you manage a shot that penetrates an enemies jawline and teeth go flying like confetti.

When going into this game I expected that your sniper rifle would be your only weapon and you would spend all of a level getting into position and soaking in your own urine while you waited for the perfect shot. While there is certainly plenty of that to be found, you have a much larger arsenal ranging from pistols, assault rifles and traps that can be set for the unsuspecting foe to fall victim to. The assortment of artillery makes you feel like a real action hero as you set up an area in preparation for a showdown like a deadly Macaulay Culkin.

If you are feeling like a masochist you can crank the difficulty to a more realistic level which will then take into account things like wind, muzzle size and torque when taking shots with your rifle. This also ramps up the responses of the enemies and their awareness can seem almost superhuman at times, a polarizing comparison to the normal mode where there were a few times running in circles like Benny Hill was enough to take a group of Nazis from high alert to back to drowning kittens or whatever it is that Nazis do in their free time.

The multiplayer offerings are mostly populated by two flavours, a cat and mouse style deathmatch where it is snipe or be sniped, and a generic horde mode that is actually a lot of fun considering the setting and toys you have to play with. In the horde mode, you are tasked with weathering waves of Nazis that start off as the Fuhrer’s canon fodder right up to Panzer tanks that require heavy artillery to dispose of. You can have a squad of up to four friends or random internet fellows to help defend your position which finds you readjusting every few rounds because your box of supplies changes places.

I’d recommend the horde mode over the deathmatch mode purely because the strategy and tense nature of the single play is lost on human players who don’t have predictable patterns to learn and while there is still enjoyment to have out of trying to outplay your fellow man, more often than not it becomes a spray-a-thon with players finding themselves in the closer quarters with their foe. Lack of real customisation makes progression not seem worth it so if you need a carrot on a stick to motivate you to play you may be disappointed.

Notable also is the DLC available at launch that allows you to assassinate Hitler himself, I was drawn in by the prospect of dealing out some historical inaccuracies but the mission totalled up to being just another “kill this officer” style mission with a character model that just had a recognisable moustache. Again this is a place where popping off someone’s testicles at 400 feet becomes more novel when it is happening to someone who caused such genocide during a real war.