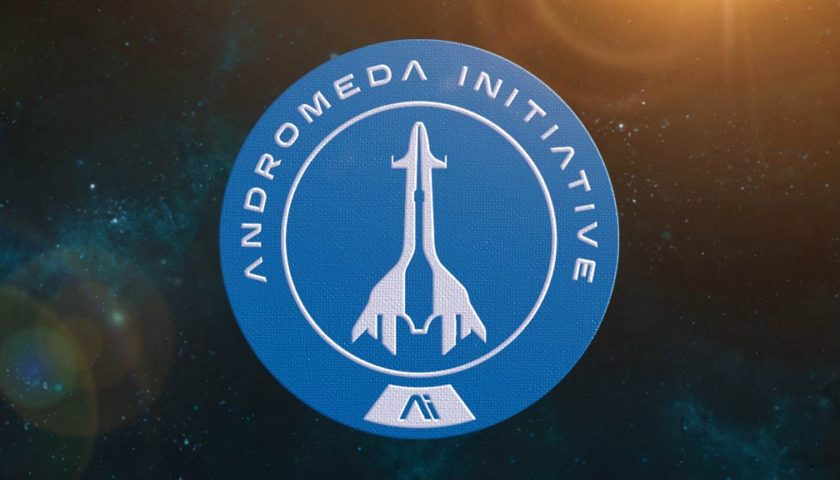 You are always the “other”.

Awoken from the dust of several centuries passing by, you are shuffled through bright lights and crispy white benches to check your vitals. You are human. You are alive. You are the culmination of your victories and your flaws as everyone watches your every movement.

Your father has a name. Alec. You hear the lilting tones of his syllables, you notice the intake of breath as humans and salarians chew on his name as a tasty morsel and flick the gristle out as a harsh rebuke of his theories and ideas.  You feel those memories resonate; those times so long ago when men and women, and women and women, and men and men, and people with all of the identities had families and legacy. You remember your father’s presence as much as you remember his absence.

Your brother has a name. Scott. Asari doctors and human friends reassure you that he is safe and well. You feel the murmur and the clicking consonants roll over you, interwoven with compassion and familiarity that is further augmented with a long-overdue embrace.

Your mother’s name sings through the heavens and shines as bright as any beacon. Ellen. You know that she is watching over you, and your tongue dances over the vowels as you dare to speak her name aloud. She was your father’s everything. You were her everything. Your connection survives time and space.

You close your eyes and breathe.

When you left the Milky Way, it was to have a name for yourself.  You relished the opportunity to explore the galaxy and find a place where your name and soul could reverberate through air particles never touched by another human. You wondered what it would feel like to be uncluttered by your biology, unshackled from your legacy, deconstructed to find a new familiarity. But you never wondered about your name. Your name would simply progress to a different definition, right?

But you never have the opportunity. You longed for adventure, to “harden up”, and ventured into the path of an alien species who had an enviable shell of their own. With your last breath, you watch your Alec disappear into the thunderous heavens.

You casually discuss Vetra’s commitment to her little sister, Drack’s pride for his granddaughter. You consume fermented alcohol that wraps you in the warmth that you need, as Liam and Cora carry their galactic baggage and pepper their memories through your new existence. Your jaw drops as you try to follow PeeBee’s train of thought. They talk so freely of who they were before and who they are now.

You want to build a connection. You want to feel that same complexity. But you run out of words so easily, and they only have one acknowledgement for you as you conclude your dialogue and part ways:

There is no use in counting the number of times they refer to you by name, because that is never who you will be to these people. You are no longer defined by your life – you are now only the function that was bestowed on you in a split second of shock. You are not permitted to be a participant in the renewal of humanity; you are the process for its renewal. You facilitate the terraform, excavate the minerals, and congregate the settlements before moving on to the next world.

As your team revels in every small victory that brings them closer together, you sift through the remnants of your former life and what possessed you to leave it all behind. Did you believe that you could be Commander Shepard? In the space of days, you lost your own Dvorakian delight in the new world and its potential for broad, wide open spaces. Instead, you discovered that “exaltation” is not the giddiness and glee that you expected. In the end, it turns into the elevation of a power that you know no one ever wanted.

You are the Pathfinder – anointed and chosen. You are no longer Sara or Jaina or Breanna or whoever you thought you were in that one flicker of life before. No one will remember your gentle, soulful name.

As time shuffles in the Helius Cluster, you are acutely aware of the carapace that accompanies your title, eternally alienating you.