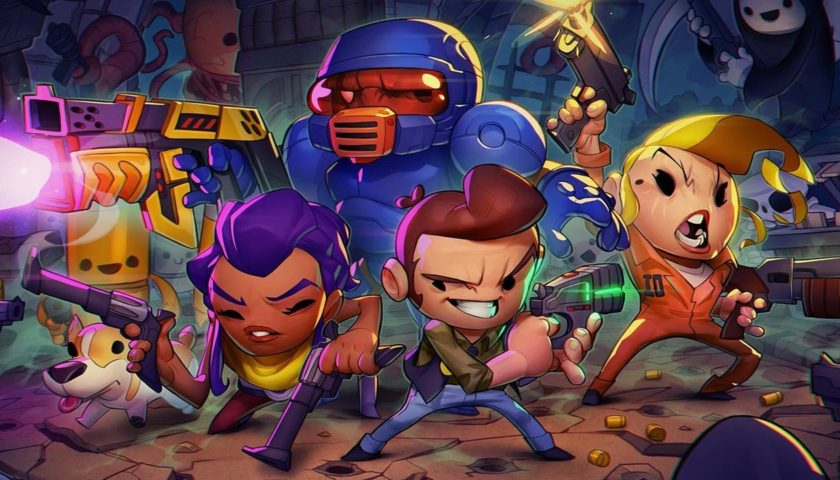 *Editor’s Note* We reviewed Enter the Gungeon when it was first released on PC last year in much more depth. This write up pertains to the Xbox One version of the game. For more detail catch our full review.

It may be better late than never, but after a successful run on STEAM, Enter the Gungeon has finally made its way to the XBOX One console. For the uninitiated of this little gem, Enter the Gungeon is a top down rogue shooter, after picking your initial character (each with their own little perks and characteristics) you’re thrown right into the bullet mayhem that is its core gameplay.

Every run unlocks items that you can grab on your next run. What you get and how beneficial it is to you is completely RNG, this is the obvious nature of rogue gameplay but it’s also what keeps you surprised and coming back for more. To avoid the scenario where you do the same level over and over, each map is procedurally generated. In contrast to this, the enemies and end level bosses are the same and have the same attack patterns, which you’ll need to pay attention to because learning how to avoid damage is the key to victory and the difference between a long successful run versus a quick death.

The truth magnificence of this title though is in its gunplay, which forms the core aspect of what you’ll be doing for the majority of your play time. You enter a room, start flipping tables and before you know it you’re dodging gunfire, commando rolling behind corners and picking the right moment to pop out and take out those pesky opponents. It’s like the game never truly gives you a break as well, every room you enter could be that one room that takes off 90% of your health and basically dooms you to failure before you even reach the end boss.

The combination of these gameplay dynamics equates to a highly addictive game. It’s not so much a case of ‘one more game’ at the end of the run, it’s a feeling that when you died, it wasn’t the game’s fault, it was yours for dodging left when you should have dodged right, a miss-timed shot because you got too greedy for damage or the general notion that you can definitely do better. It’s an utterly brilliant design that is often hit and miss with games of all budget sizes but Enter the Gungeon nails it almost perfectly. If you’re an XBOX One owner it’s hard to not recommend this title. You know a game is great when you can’t imagine the type of person that wouldn’t enjoy it.