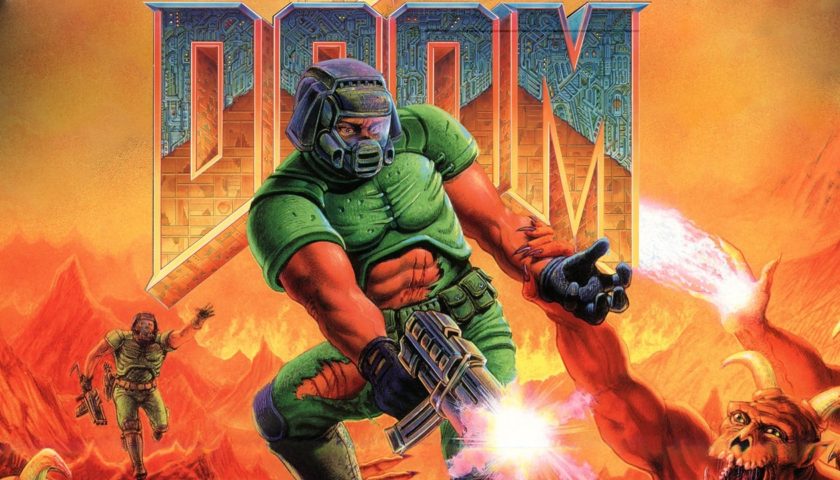 Those Were the Days – A Doomed Education

It is hard to explain the impact that Doom had on PC gaming when it was released in the early 90’s. For those that weren’t there or are too young to remember it is hard to fathom just what it meant for games in general. It was a phenomenon in the purest sense of the word. If you didn’t have Doom you were always lusting after Doom. If you had Doom all of a sudden your social calendar was full of people coming over to visit and join in the fun. For me personally, I was about 12 when it came out and it marked the first time I ever upgraded a computer just to play a game. My trusty 386 became trade-in fodder (Yes young folk, you used to be able to trade-in your PCs) for a spanking new 486 DX2/66 with 8 meg of ram just to journey into hell with an unnamed space marine.

That upgrade, however, led to something surprising. The computer store I purchased the upgrade from became more than a simple place of computer repair to me. It all started with me breaking my computer when I was trying to get a game running (Mortal Kombat 2 I believe). I was stuffing around trying to get access to more memory when I hit a stumbling block. So with the computer under my arm, I toddled back to that small computer shop in Port Macquarie with my tail between my legs and my hard earned paper route money ready to pay for a repair. But instead of handing it over for a fix the owner of the shop took me behind the counter and sat me down at a work desk. He pointed at a range of books and his staff and said these exact words: “You don’t need me to fix this, you have the resources here to fix it yourself.”

With those words, I became something of a regular visitor to that small computer store. Whenever I struck a problem or needed advice I would be up there, hooking my computer up to a dodgy workshop monitor, trying to fix it with some helpful advice from the staff and a bit of extra research material. I learned the ins and outs of MS DOS, Windows 3.1 and later Windows 95 under their guidance. I learned about networking (to play 8 player Doom 2 of course), launch menus (to get extra resources for games) and even navigated the early days of the internet under their tutelage. All of this learning was broken up with networked sessions of Warcraft 2 and Doom after the shop had closed, something of a reward for the learning that had occurred prior.

As time went on and I got older I began to look for some part-time employment. So with my hat in hand, I approached the owner of the shop and asked for a job. The interview was short, considering he had already trained me, and by the next Saturday I was an employee of the store. I worked Saturdays and some afternoons building computers and fixing small problems that clients brought in. Before long I was fixing the problems of my gaming mates and word got around school that anyone who had a game related problem should bring their computer to me at the store for a cheap repair. Couldn’t get a game running? I was your man. Struggling to install an upgrade, call Matt. I was busy doing something I loved and earning some money in the process.

I worked at that small little store right up until I finished High School and moved to Canberra. It was a wonderful part of my life and I often think back on it fondly. All thanks to Doom and the kindness and patience of a local businessman I received a wonderful education in IT that has held me in good stead until this day. PC gaming has come a long way since those days and I am sure I have forgotten most of the tricks of DOS over the years, but I feel that thanks to my time working in that little computer business I am well positioned to solve most IT issues that come my way. So I have a small favour to ask of all of you. If you are in the position to guide and teach, don’t take it lightly. It may shape someone’s life in more ways than you can imagine. It may even take a snot nosed know-it-all kid and guide him into a career that will set him up for life, that is certainly what happened in my case.