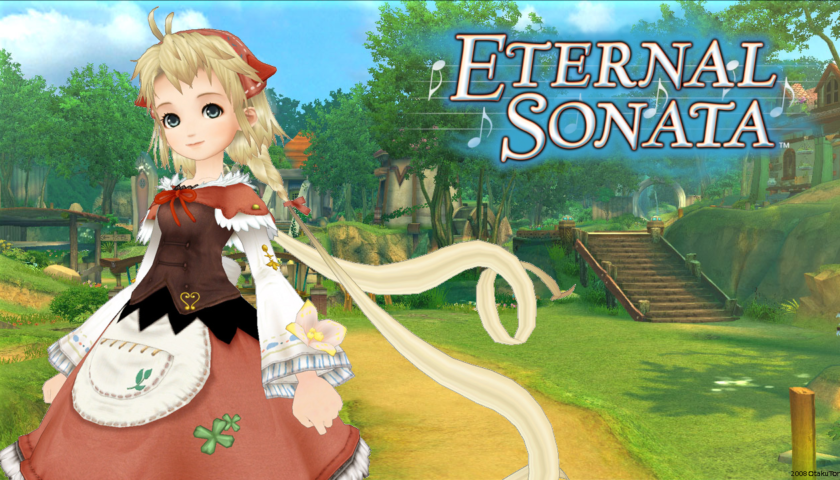 “My friend @apricotsushi is the host of the JRPG July Community Game-Along at Chic-Pixel! Have a look at some of her suggestions for JRPG July 2017 here, or follow #JRPGJuly on Twitter!”

As part of Player2’s participation in JRPG July 2017, we asked our writers to reflect on an entry in the genre that affected them in some way. We hope you enjoy these personal pieces and check out these titles that are near and dear to us.

It was Schumann who warned Nicholas I of Russia: “… If the mighty autocrat in the north could know that in Chopin’s works, in the simple strains of his mazurkas, there lurks a dangerous enemy, he would place a ban on his music. Chopin’s works are cannon buried in flowers!” For a composer who had tried so hard to move away from the literary and dramatic aspirations of most Romantic composers, he still managed to infuse his compositions with the modalities and drones of his Polish ancestry. Well-recorded was his despair at the November Uprising and his support of his homeland, with his last public engagement in London for the benefit of displaced Polish refugees.

With this background, tri-Crescendo created Eternal Sonata, and within its lush landscapes and fields of Heaven’s Mirror resides its true ammunition – Chopin’s works, words, and paintings.

This is what drew me to Eternal Sonata in the first place – not only the conflict that was drawn out through the narrative, but how it closely aligned to Chopin’s own inner turmoil. Characters each took turns living through some of Chopin’s experiences; Polka’s illness and inevitable terminality (a reflection of Chopin’s own sister Emilia), Allegretto’s powerlessness in the face of a complex social and political structure, Jazz’s environmental advocacy, and Prince Crescendo’s initial naivety of the cost of war. In itself, Eternal Sonata could be seen as the climactic point of Chopin’s forced dissociation with Poland, his struggle to support his homeland from afar, and his acceptance of his own mortality.

In the game itself, Chopin’s personification in Frederic is notoriously introspective and unable to accept the ‘realities’ surrounding him. His battle cries reflect this torment, rather than taunt his enemies: “Believe what you see and die!” “There is no one else, I am the only one here!”. As his closest confidant, Polka struggles to understand Frederic’s strong assertion that the world and its warring kingdoms, Baroque and Forte, simply do not exist. Frederic’s steadfast position and chosen escapism flies defiant, despite the political premise in Eternal Sonata turning out to be more complex than his assertion. In several key moments, Frederic is pushed to engage with the narrative where other characters challenge his motives as being more than observational interest. In those moments, we see that Frederic can only engage with the narrative based on his assumption that he is its author and entirely controls the outcome, contradictory to his inner conflict regarding where reality resides. It is almost as if Frederic is not only aware of his role as the dreamer, but eerily cognisant of his role as a protagonist in Eternal Sonata itself and is bumping up against the fourth wall.

Through these interactions, one can wonder whether Eternal Sonata is a discourse on our own engagement with the Japanese RPG genre, as cleverly ornamented with references to Chopin’s social and political ideologies as the frequent fioritura that feature in his nocturnes. In presenting the narrative in the context of Chopin’s dying moments, tri-Crescendo is reinforcing the strength of parallels between thematic material often found in the Japanese RPG genre and ideologies that were even present in mid-1800s Europe. There is a universal fear of a suffering population being perceived as a “small consequence” of the driving ambitions and turbulent emotions of a higher political class, and those were common fears that scaffolded the rebellions in Warsaw and Paris in the early 1830s. The historical concept of unquestioning loyalty in the absence of liberty is personified in-game not only in the mindless warriors of Count Waltz, but also in the methods of their creation.

Tri-Crescendo’s message can also be seen as advocacy for the presence of similar themes within many Japanese RPGs. The Final Fantasy franchise is well-known for bringing up issues of environmental ethics, research integrity, and the prominence of labelling to instil social power and hierarchy (common in the Age of Enlightenment, much to Foucault’s disgust). Dragon Quest often delves into the metaphysical in its reverence for gods, angels, and the purity of the player.

But most importantly, in the character of Frederic, I saw the potential for a critique of the players themselves. Our easy enthusiasm to engage with these issues in-game through the eyes of an avatar is mimicked by Frederic through his sympathies towards Polka. Similarly, there is an argument that his reluctance to transfer wisdom gained from his “dream” into his own world is a reflection on us as players; engaging in conflicts and tensions within video games with ease and certainty, but continuing our reluctance to instil change through our societal roles.

The vibrancy of these stories is the reason why I have been so attracted to Japanese RPGs in the last few years, after many years playing western CRPGs that were heavy with racial and class political tensions (magic-users being a prime target of mistrust). While I first struggled with the game mechanics and systems, I have found that the JRPGs that I have enjoyed the most are the ones that present me with an engaging relevant tension that helps me to overlook those initial aversions. I appreciate that JRPGs seem to have the scope to pick up more complex issues and present them in more diverse settings – from the high fantasy of Bravely Default to the steampunk Chrono Trigger and then heading on home to Earthbound. But within each of these tales is a larger societal message. Bravely Default runs deeper into the separation of church and state, Chrono Trigger alludes to the living memory of the planet itself, and Earthbound delves into our “unconscious bias” towards the nature of evil as something purposeful instead of residual. In each one of these interactions, it comes back to the player who turns off the console and has an opportunity to reflect on their own morality and how they take these lessons into the everyday.

Polka says it best to her companions, and to the player: “Ignoring the things that seem too hard to do, eventually becomes a habit, the natural thing to do…But, eventually, we cloud our vision so completely, that we become blind to the small truths that are all around us. The same way that the twinkling of a star is blotted out by the glare of bright city lights.”  For me, Japanese RPGs are a reminder of the complex narratives and ideologies in the world that I live in, and renew my interest in the diverse cultures that I am able to engage with on a daily basis. They challenge me to look beyond the game, and tri-Crescendo’s Eternal Sonata is a welcome addition to the genre that I enjoy. After all, there are few genres that could do justice to issues of social class, environmental preservation, and the inner workings of a Polish composer on his deathbed in 1849.