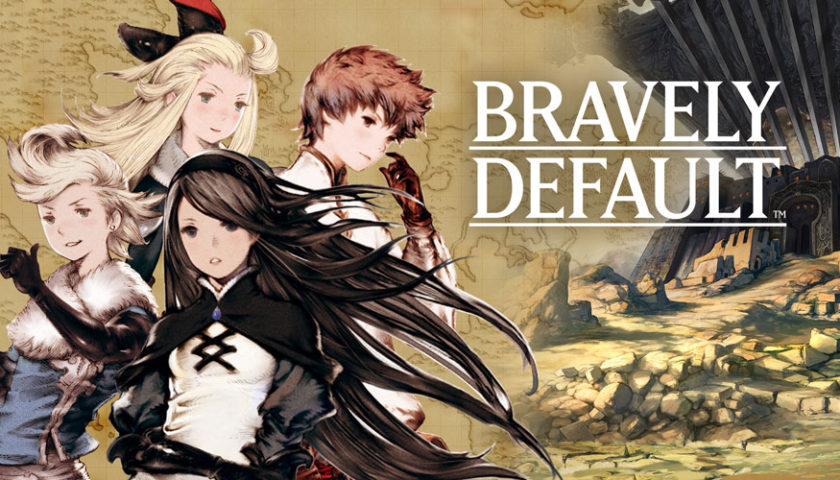 “My friend @apricotsushi is the host of the JRPG July Community Game-Along at Chic-Pixel! Have a look at some of her suggestions for JRPG July 2017 here, or follow #JRPGJuly on Twitter!”

I have found a sense of peace in the methodical repetition of tasks.

It is amusing when I consider that I never used to be that way – I hated practicing scales and arpeggios, I loathed the monotony of the treadmill at the gym, and I despised killing 10 of a particular creature like some sadistic Noah filling his ark with animal carcasses. Most of all, I hated it in Japanese RPGs. It is actually a really cornerstone reason why I didn’t like Japanese RPGs in my youth. I hated all of that planning, and just wanted to spam the attack button and throw myself onto enemies and be successful. I thrived on the quick kill and immediate reward of my actions. I wanted to be amazing right now, not several hours or days from now.

That changed for me considerably when I played a small Square Enix title called Bravely Default.

The spiritual successor to a random DS Final Fantasy title – Final Fantasy: The 4 Heroes Of Light – Square Enix’s new 3DS JRPG had added components of social gaming through Streetpass and Spotpass, and a “held action” mechanic almost reminiscent of paper-based western role playing games. My first reaction to it was tepid warm, but I soon fell in love with the characters – Edea and Ringabel in particular are delightfully one-dimensional on introduction, but then develop more complex character backgrounds as the game progressed.

Of course, my interest started to wane as I fell into the same monotony of other JRPGs that I had tried to play previously. It felt like so much effort to just be a moment ahead of all of the nasties that were trying to stop Tiz and his friends from saving the world, and I held my breath as I turned every corner and hoped that I would not be ambushed by another mob.

As my existential crisis over my purchase continued, I was fortunate to be frequenting a monthly Streetpass party group in Brisbane. I originally started going to play some of those adorable little Streetpass mini-games and gather puzzle pieces from other players. When I had purchased Bravely Default, I noticed that the little green light on my 3DS started “pinging” delightfully to signify that I had received Streetpass hits from other players who own the game. In Bravely Default, these translated into summons, where players “sent” versions of a chosen character performing a signature special move through Streetpass. On receipt of the Streetpass hit, I could task one of my characters to “summon friend” and have this ‘streetpassed’ character perform the special move on my enemy instead of my weak level 7 stabbity attack that would have done next to nothing.

On one of these afternoons, my level 7 party were faced with a level 10 boss. And I had a level 20 “summon friend” in my pocket.

I decided to give it a try, and was amazed as a fully-decked-out Knight Edea attacked the boss with a Hack ‘n’ Slash attack and killed the boss on the first turn. Even more amazing was watching the extra XP and job points add up and boost my characters two levels almost immediately.

Delighted to finally be progressing in the story, I started to find a rhythm returning to some of the early areas for the characters and just killing lower-level enemies. I started to take my 3DS to work and every morning over a cup of tea I would just increase the encounter rate and attack mobs of enemies for about 20 minutes before I started work. Banking the extra XP from killing a mob on the first turn, my job levels and character levels continued to increase, until I had reached level 30 a couple of weeks later. For the first time I enjoyed the routine, slowly chipping away at the experience bar and unlocking new skills and passive abilities for my little travelling companions. Even better, the Streetpass hits that I had acquired provided me with some extra summoning buddies for more difficult encounters.

I was addicted to the grind, enjoying the rewards of my drudgery as my foes were dwarfed in the presence of my awesome Agnes, extravagant Edea, terrific Tiz, and remarkable Ringabel.

Sometimes I wonder if this was a reflection of my continued maturity into adulthood and as a gamer. I have caught myself enjoying the mundane of washing the dishes, making task lists for work, and even ticking the word count for this article (766 choice words so far!). I even manage to hold my focus at the gym now and stay on the treadmill for more than 3 minutes without deciding that I need to do something else out of boredom.

But, most likely, I have finally found contentment in grinding through tedium until I am so over-levelled that I can be exceptional in any pursuits with ease.