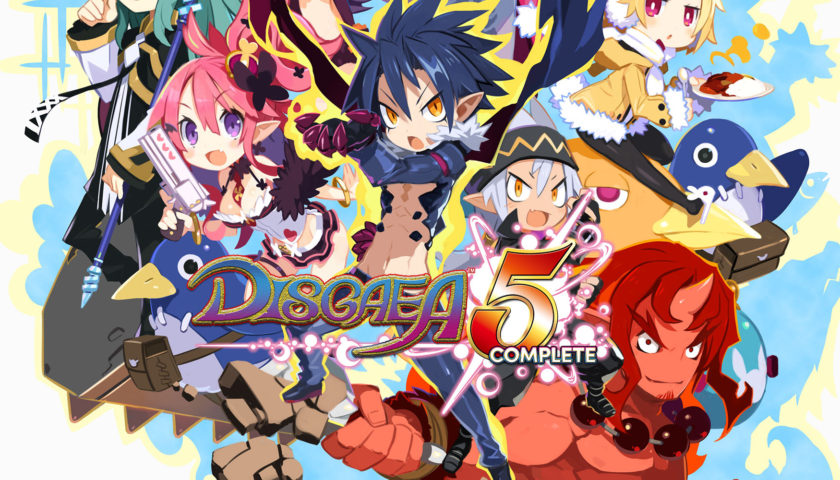 Tongue My Recorder – A Disgaea 5 Story

Most of the JRPG’s I’ve played have been happy accidents- something I have stumbled upon in my quest to find something to occupy my time, and Disgaea 5 is no exception. I bought this game simply because it was one of the handful of titles currently available on the Nintendo Switch. The only thing I knew about it was that it was a tactics based RPG, and apparently, that’s enough info for me to toddle off to my local game store and hand over ninety bucks.

And boy am I glad I did.

Disgaea isn’t going to be a game that has a deeply emotional impact on my life, I can tell that already, but who says it has to? Something I am slowly learning from RPG games, is that not all of them have to affect me in some way. Just because ones like Final Fantasy and Dragon Age left me an emotional mess for an undisclosed amount of time (I will keep my shame to myself, thanks), doesn’t mean every RPG I’m going to play will be the same. And thank god for that or else I wouldn’t be able to function as a member of society (something I can just barely do as is). This game’s story isn’t going to stay with me for years on end, and it’s characters aren’t going to resonate with me as I grow older, but the game isn’t going to be one I forget in a hurry, because not only is it fun, but it’s also very very very weird.

I had no idea what I was getting into with this game. I’ve not played the series before, and apart from hearing people mention it in passing, I hadn’t heard anything about it. As a result, I spent a lot of time wandering around thinking to myself ‘what the hell is going on?’. There’s a big bad guy called Void Dark who’s trying to take over the world and there’s me controlling my little rag tag group of demons attempting to bring him down. Why? I don’t know. How? I don’t know. I imagine we’ll smack him around with our weapons a lot. Or maybe all the female characters will take off their tops and seduce him into death. Or maybe the Prinnies will form one giant bomb and blow him to smithereens. Honestly, as far as I know, absolutely anything could happen.

JRPGs in general can be pretty overwhelming. It’s almost like their development teams build the characters, stories, and battle system and then smoke a bunch of crack and decide in a drugged up haze on a range of other features that will “enhance” the experience. At least that’s how I feel Disgaea was designed. Almost every single part of it has been gamified, from healing your dudes to buying items. And then there’s the item upgrade system, which requires you to go into the item in question’s “world” and beat bad guys in order to upgrade it. Oh and did I mention there’s little creatures living inside items? Because there is. And then you can take prisoners and get them on-side and then assign them to squads and send them into space and the game goes on and on like this. Is it any wonder I’m confused?

Because there is just so much to this game, I find myself clinging to the storyline and following it religiously, because honestly, it’s the only thing I understand. And really, that’s fine, because the story is interesting enough that it keeps me going. Each character has a secret that’s slowly unraveling as the game progresses, and I am invested in these animated dopes just enough that I want to know what’s going on behind their closed doors.

The real heroes of the stories though are the Prinnies, for sure. Prinnies are little characters that look like penguins, eat only sardines and say “dood” at the end of every sentence. If you throw them they explode, which they don’t like, but it’s hilarious so I do it anyway. I played over 12 hours of this game within a week of having it (which for someone who works and does uni and has to keep three cats and a Manchild alive, is a lot) and my all time favourite quote was said by one of these underrated heroes:

“I miss the old days, where you could play video games for three days straight, not wash your hands after using the bathroom and lick a girl’s recorder, dood…”

I mean… what? Just…what? WHAT DOES THAT EVEN MEAN?

Though Disgaea 5 is one of the more confusing JRPGs I’ve ever played (seriously, think the storyline of FFXIII and then apply that confusion level to the entire game) it’s frickin great. I am having so much fun and I think my confusion only adds to the humour of the whole experience. I sit down to do one or two battles and then all of a sudden it’s 2am and I’ve screwed my sleep schedule for work the next day. In true JRPG style this game is strange as heck, addictive, hilarious and just an absolute metric butt tonne of fun. I couldn’t be happier I stumbled upon this series, and if it leaves me relatively unscarred (and no Prinnies come anywhere near my recorder with their tongues lolling), I can see myself going back and playing the others for sure.