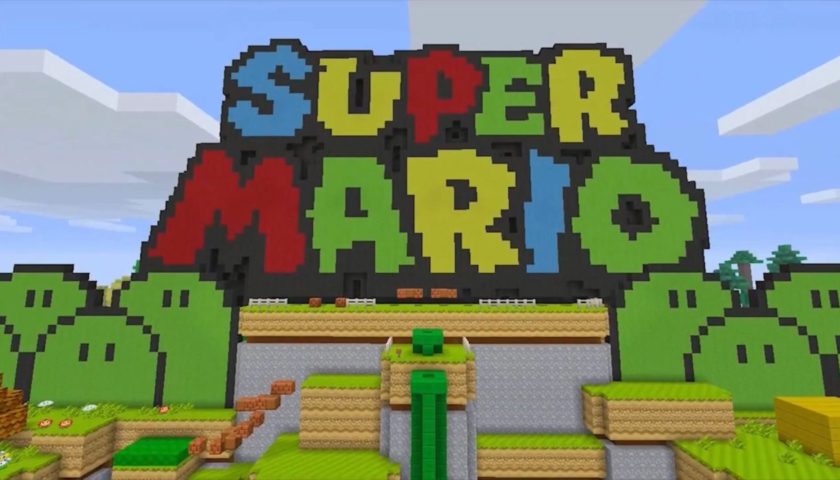 I’ve Made the Switch

Up until the fever took me, I was adamant that I didn’t need it. Nope, all the games looked kiddy. Why would I ever need a portable console when I never commute? The Nintendo Switch is just not for me. But then, over time, and in combination with a tax return burning a hole in my virtual bank pocket, I started to have second thoughts about the Switch.

I looked up reviews, read the experiences of players across social media and message boards, and looked at revised lists of upcoming games (as well as listened to rumours of likely ports to come). I also considered the Triple-A fatigue, which had been creeping up on me lately. I felt like something different, something that didn’t need 50GB patches and always-online connectivity.

And so the Switch, which had previously looked to me like an ugly duckling, shed its ugly feathers and emerged before me as something to covet. Then Splatoon 2 happened and suddenly everyone was having this great time splatting ink all over stages and I just had to find out what it felt like to splat multiple times every day!

Ahem . . . Anyway. I bought a Switch recently and these are the games I’ve been playing. You’ll notice the absence of Zelda, simply because I put about 50 hours into it on the Wii U, so when I grabbed the Switch I wanted to play games I hadn’t previously experienced or at least hadn’t experienced in this way. My budget has been limited (the damn console is expensive itself!), but I’m pretty happy with my little collection. Here are my thoughts:

Wow. I never thought that a shooter without bullets would work, but this is just so much fun! As you level up across online battles, you get access to better guns and special moves, which keeps you splatting away hour after hour. I haven’t splatted this much since I was a teenager!

There’s also a cool single player component, which gets you used to all the different weapon types (I thought I’d love the roller, but I’m a sucker for any gun that shoots out ink at a fast rate). The single player levels also help you explore all your different movement and exploration options. For example, you can swim UP your ink if you shoot it all over the walls (mothers the world over are horrified at the thought).

There’s a lot going on with this game. For instance, there’s Salmon Run, which is a horde mode, but it’s only open at certain times. I’ve managed to have a few rounds of this and while it’s quite exciting with four players, I wasn’t a fan of the randomised weapons. Some of them really suck when up against certain boss creatures, so that you can really paint yourself into a dangerous corner if the rest of your teammates are off killing enemies elsewhere on the tight but intricate stage.

Splatoon’s meta game is smartly designed to keep you hooked. You gain small bonuses from your gear, such as your hat/glasses, shirt, shoes and so on. This gear constantly changes/rotates in the in-game store and you can also order stuff via the Switch app on your smart phone. The idea is to keep players constantly checking, trying, changing their outfits and generally hanging out. It seems to be working, as I’m never hanging for a match, even if everyone on my team is named with Japanese symbols.

Large events look to be happening regularly, such as last weekend’s Mayo vs Ketchup battles. Unfortunately, I couldn’t get any weekend gaming in, so I’m hoping they vary the times of these clashes so that weekday players can also get a slice of the, err, sauce.

I’ve always liked Minecraft without ever being particularly good at it. As a teacher, I see the influence the game has had on entire generations. Desks are constantly piled with Minecraft strategy books and the kids just pore over them at every opportunity.

As for me, there’s something appealing about the unknown, thinking that just behind the next block of stone there might be a huge cave system or an underground river or lots of gold and diamond to mine. It’s evolved a fair bit since I last played the game (on the 360 version), but I recognise the core game and have been able to slowly ease into it on the Switch.

At first, it takes a little getting used to the controls and streamlined crafting of this version, but once you’ve got a handle on how to peruse the various crafting menus things start to flow naturally. My first game, I ended up stranded outside at night time and chased for what seemed like miles by skeletons shooting arrows. I couldn’t build myself a shelter in time and so ended up dying before the sun rose again. I fared a bit better on my next life and managed to move on up the tool chain (from wood to stone), digging a bit into a hillside. Unfortunately, I couldn’t find any coal and so my mining efforts were somewhat stymied. And so my mission now is to comb my particular world for all the things I’m going to need to do some proper mining. Or I might just build a dirt house or something. I dunno. And that’s the true beauty of this game.

The included bonus skins (with music) in this version are a bit of fun, although I’m not sure that you’d want to stick with them for too long. I tried out the Mario pack and although everything looked nice and Mario-y, I found the upbeat Mario music very distracting and quite discordant with the pace of the game itself. There’s a Fallout pack and quite a few others to play around with. I guess if you’re a Minecraft expert then they would add a new aesthetic to your exploration.

I haven’t had a chance to try out the online component – and admit I’d be lost as to how/what to do even if I did. However, the devs have been pushing cross-platform play lately, so there’s some excitement at the thought that all updates, DLC and interactions will be the same across the board, no matter which platform you’re playing on.

There’s something really cool about the full Minecraft experience in your hand, on the go etc. I’ve been using the game as a palate cleanser between the other games as I find the addictive elements of Minecraft quite soothing. It’s been perfect to load up for five minutes or an hour, depending on my mood.

I have to admit at making a bit of a purchasing boo-boo. I was told that Shovel Knight was a must have game if I hadn’t played it before, but I didn’t realise that there was an expansion for the game. So I clicked on the latest “Shovel Knight” I saw in the store, looked at the decent price ($13 or so) and clicked buy. Only later did I realise there’s a complete Shovel Knight edition for about $32. Oh well. This will have to do.

Specter of Torment apparently uses some of the original game’s levels, only you play as a different character, so I’m still kind of experiencing the game, just differently. It feels quite old school in its presentation, a bit like an old Castlevania game, with some Metroid-like exploration/secrets thrown in. I haven’t gotten very far yet but I am enjoying it. It is pretty bloody hard in spots, particularly boss battles. I get the feeling I’m meant to go replay previous levels and gain more health, skills and so on before coming back to kick arse.

I bought this one purely off the cutesy graphics and the thought of a Zelda-lite clone. It’s not too bad so far. Each little island requires you to walk around it, pick up and throw things to collect money and kill creatures for experience. Each island reminds me a little bit of that Toad puzzle game on the Wii U, in that there may not be much real estate but the designers have managed to create a lot of little pathways for your to explore.

I’m currently on a bomb island looking for some bombs so I’m quite hopeful that I’ll get to use bombs soon. And I guess down the track I’ll have to find the Zora-clone people and, I dunno, use a magic flipper or something. I don’t really care. It only cost $20 and it looks nice and has nice music and I’ll probably forget about it in a year’s time.

Disclaimer: A free download code was supplied for Minecraft by the publisher. All other games were purchased by the writer.