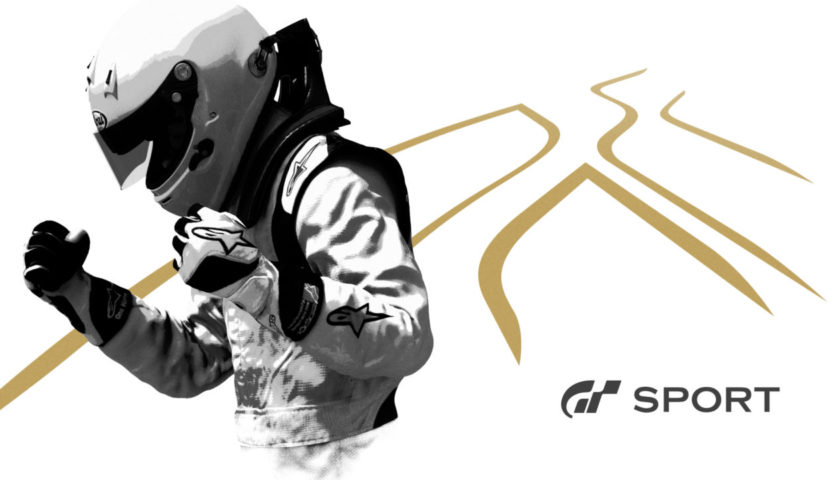 GT Sport is a strange thing; a purpose-built racing simulation that does away with many of the traits of the series it shares the GT in its name with, with a AAA development team and budget powering it under the hood. It is almost certainly purpose built with esports in mind, with much of its focus being its official online championships sanctioned by the real world governing body of motorsports, the Fédération Internationale de l’Automobile, or FIA. This will admittedly alienate some of the Gran Turismo series’ core fans. Sport’s focus on racing purebred racing cars over collecting a huge garage of paddock-bashers will be a sore point for some, but it more than makes up for it on the track, with some of the best feeling driving I’ve ever experienced on a console.

From the moment you hit the tarmac, it becomes apparent how much work went into making driving using a gamepad feel tactile and responsive, the end result is astonishing. The ability to drive smoothly is what often separates a racing wheel player from a gamepad user, but you can feel the effort that’s gone into tuning the way the steering reacts to fast stick movements. Some of the wonderful feel also comes down to the tyre model, which feels excellent no matter the car or situation, as well as the awesome sound effects. Between the tyres reacting to the road surface to the way the drivetrain wobble matches how the car feels, there is something very mechanical about the way it all comes together to feel like you’re driving a race car. It’s just brilliant.

Equally impressive is the track detail; specifically the bumps and camber of the road. All of the real-life tracks in GT Sport are recreated from laser-scans, making them the most accurate versions of these tracks on a console. There aren’t many of them, which is a huge shame, but what is there is nothing shy of spectacular. You haven’t raced around Bathurst until you raced around a laser-scanned version of The Mountain.

The world of GT Sport is effectively split into two modes-offline or online. Ironically, most of the single-player content requires a constant server connection, locking basics like player progress, the entire campaign–including the driving school and circuit training–and photo modes, behind the ability to retain a connection to their servers. The small handful of maintenance period experience both prior to and post-release have been painful, reducing the game effectively a demo of itself. While you can still race against AI in offline mode, it’s only on tracks and in cars that you have already unlocked through the course of leveling up.

Provided you are connected, gifted cars will come at you thick and fast in GT Sport, as a reward for completing simple challenges as a matter of playing the game. Satisfyingly this gives you plenty of extra horsepower to play with in relatively quick order. Likewise with the driving school and the circuit training, completing these with gold ratings give out the rewards like candy.

That aside, the online portion of the game is the clear end goal, with everything geared towards preparing the player for online competition. It’s here that things get really exciting for a hardcore sim racer like me, but might seem a bit tough to navigate for the casual race fan. GT Sport relies on a structured approach not unlike that of other sims like iRacing, with races set to start at certain times of the day. This time has gone down from a race every 20 minutes to a race every 5 minutes, meaning you’re never really far away from being able to hit the track with others.

How your online experience goes is largely at the behest of the gods of sim-racing. Qualifying well, which you are given every opportunity to do before the start of a race, and starting from the front of the grid gives you the best opportunity. But getting caught out in the middle of the pack can be really hit or miss, depending on your opponents inclination to use their brake pedals.

Contact between cars in a race seems largely forbidden and is punished both with slow down penalties and a loss of SR, GT Sport’s way of tracking a player’s level of sportsmanship. Sportsmanship plays a huge role, as is humorously put forth in the two tutorial videos you are required to watch before going online. SR is given for running clean sectors where it gets taken away when you go off-track or hit another car. It’s a no-fault system, so you also lose it when you get hit. Being aware of how your opponents are crashing is a big deal and a factor that can make racing online something extra stressful.

But then again, that’s the nature of racing as a whole. It’s a competitive sport that requires skill in order to compete. In this case, that means not only knowing the car and the track, but also what’s happening with the cars around you, and GT Sport does a pretty reasonable job at encouraging you to fully prepare yourself before taking that plunge. It’s not perfect. There’s next to no damage model, some cars don’t have a cockpit view at all, and many will feel the pinch of the 900 or so fewer cars than Gran Turismo 6. But none of that, ultimately, bothers me.

GT Sport is very good at what it’s trying to do; create a core racing esport on console, and to that end they’ve offered up a solid core. More tracks, particularly real-world ones, would be more than welcome. And we still have yet to see how the FIA backed official championships pan out, which is, arguably, the entire point of this game. For now though, Polyphony Digital and Sony have taken a risk with this one, but a risk that racing fans like myself can do nothing but appreciate. The detail of the tracks and the cars, in terms of look and feel, goes beyond expectation and has me looking at the cost of a PS4-specific wheel. I have some official races to try and win.