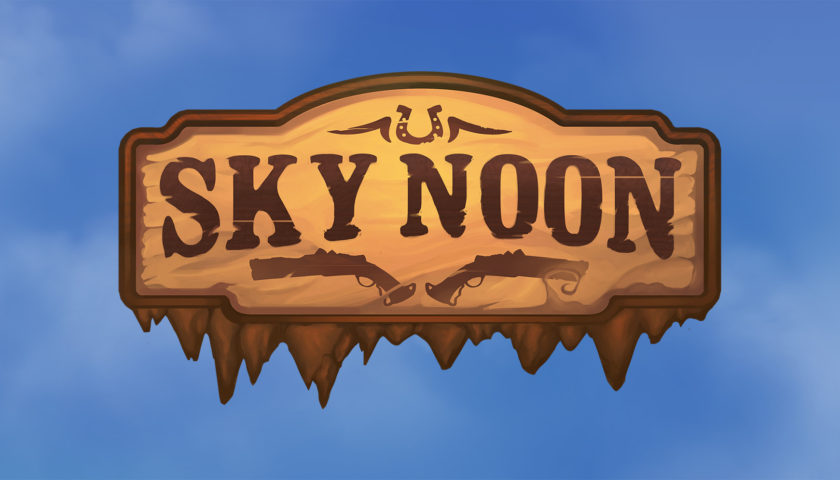 Independent development in Australia has been going from strength to strength over the past few years and the PAX AUS Indie Showcase serves to highlight some of the fantastic work being put out by local developers. Player2.net.au caught up with developers awarded a spot in the PAX AUS 2017 Indie Showcase to get a sneak peek at what attendees can look forward to.

Founded just last year, developer Lunar Rooster are already making a name for themselves in the ANZ development scene with their debut title, Sky Noon. Having secured a spot in the Indie Showcase, Player2 spoke to programmer Chris Cullen about the rapid rise of Lunar Rooster and what the future holds for Sky Noon.

Stephen del Prado: Lunar Rooster is a relatively new developer founded in 2016 – how would you describe your goals in the industry?

Chris Cullen: As you say we’re pretty new to things, so right now we’re focused on getting Sky Noon to a good standard of polish and getting it out to everyone. We want to support the game post-release too with updates. After that, who knows! All the team have ideas for games that we want make, so we’re keen to stick around and see where things take us.

SDP: What was your reaction to successfully placing in the Indie Showcase?

CC: At first we didn’t realise we’d been selected for a special showcase, we all thought we’d been accepted to just show at PAX which was awesome enough as is. When we took a second glance and saw that we’d been put in the Indie Showcase, well I guess you can say it was a mixture of shock and excitement. We’re all super hyped to show off Sky Noon and we’re happy that so many people will get to see it!

SDP:  In Sky Noon, I see hints of Just Cause and BioShock Infinite – is it safe to say these have been influences on the development team? What are some other titles that have had an impact on yourself, the team and Sky Noon?

CC: Both of those games have definitely been influences, especially BioShock Infinite’s beautiful visuals. I would say Overwatch was also a big influence, and also classic arena shooters like Quake 3 Arena and Unreal Tournament. We played them a lot together and I think it was one of the factors for us being so hyped to make a multiplayer shooter

SDP: The Western genre is one that I feel is sorely under-utilised in gaming – is this a sentiment echoed by Lunar Rooster?

CC: For sure, the Western genre is packed full of ideas that are great for games, whether it be the setting, weapons, factions or the themes. There are a few notable examples of great Wild West themed games (like Red Dead Redemption) but I agree, it’s a genre that could be explored more. We feel like the gameplay we’re offering in Sky Noon is pretty different to what you’d normally see in a Western game, which usually offer a more grounded experience. We hope people find the mix of genres to be refreshing.

SDP:  What can attendees to PAX AUS look forward to at the Sky Noon booth?

CC: Attendees can look forward to playing Sky Noon 1v1 duels at the booth! Expect frantic multiplayer action with grappling hooks, jetpacks and a variety of weapons and abilities. The whole team will be there, so come stop by and say hello. We’ll be happy to answer any questions people might have about the game or our experience as indies.

SDP:  Have you already planned for Australia to claim Lunar Rooster once you’re successful?

CC: Kinda like you guys did with pavlova right? Jokes aside, you never forget your roots and the New Zealand game industry has given us loads of support, and Australia has also helped us a whole lot.

SDP:  How soon can we expect Sky Noon to launch, and do you have plans for platforms beyond PC? Given the scalability of the Unreal Engine, is the Switch an option?

CC: We’re pretty confident that we’ll be releasing on Steam sometime early to mid 2018. Xbox One and PS4 are potentially on the cards, but would come a bit later. The Switch is a possibility that we’ve thrown about within the team quite a lot! All of this would depend on how well received the game is on the PC first.

SDP:  What genre would you like to work with next?

CC: Individually we each have ideas for games we’d love to make, but we haven’t really had that conversation yet as we’re so focused on making Sky Noon the best it can be. Similar to how Sky Noon first got started, we’ll have an in-depth planning session where everyone will share their ideas and we’ll pick out something we all feel passionate about. Personally I’d love to work on a procedurally generated dungeon crawler. With cooperative multiplayer of course!

SDP: If you get the time, what will the Lunar Rooster team be checking out at PAX AUS?

CC: There are some panels we want to see if we get the time, and the obligatory scouring of the event. Grabity is another NZ developed game that’s in the Indie Showcase; It looks fantastic and I have yet to play it, so I’ll definitely be stopping by their booth.

SDP: Lastly, who on the team is the best player of Sky Noon, and will they take challengers at PAX AUS?

CC: Nathan, one of our artists, is probably the best player on Sky Noon, but it’s close! We all have our days winning but he’s probably the most consistently good player – it’s always a good competition. If anyone wants to play against one of the devs, we’re up for the challenge!

Sky Noon can be experienced by attendees to PAXAUS 2017 in the Indie Showcase section of the Indie Pavilion from October 27th to 29th.