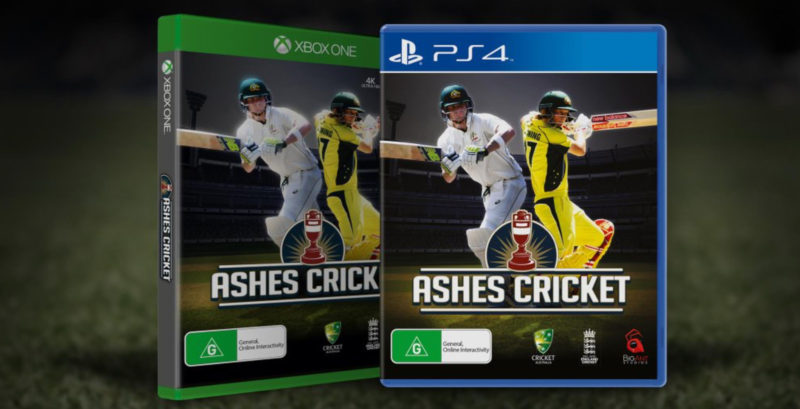 Ashes Cricket games have something of a dark history. There has been a few average (at best) cricket games to bear the Ashes name over the years but in 2013 the darkest day in cricket’s video game history happened. Ashes Cricket was released to the public before being removed from sale and taken off Steam. The reason, it was so bad that the company that published it refunded all sales to protect the prestige of the Ashes name. It was widely considered the worst game of that year and easily the worst cricket game of all time. But all was not lost. Shortly after this debacle a new player headed out on the pitch. Big Ant dashed on to the scene with Don Bradman Cricket (DBC). DBC was a breath of fresh air, focussing on simulation over show, finesse over flash. It had its problems but it was warmly welcomed by Cricket fans everywhere for its serious take on what is a rather serious sport. The formula only improved with DBC 17, a worthy sequel that refined the formula and took the franchise onto modern consoles. Now the team that made these fine cricket games have managed to get a hold of the Ashes branding and in the process have washed the bad memories of the past away.

The first thing I noticed about Ashes Cricket was it was much more accessible than Big Ant’s previous games. This is primarily due to the new control scheme on offer. Now, when players start a game they are given two control schemes. The first is the traditional controls from the Don Bradman games. In this scheme players use the right thumbstick to swing the bat, the left stick to determine footing and the buttons to modify the shot. This is a complicated system to learn at first but represents the finesse of real-life cricket very well. The second scheme is designed for newcomers and feels much more like the cricket games of old. Buttons determine the shot type (accurate, aggressive etc) and the right-thumbstick aims. Simple right? This scheme is perfect for those that want a more arcade experience or simply can’t get their head around the complicated (yet rewarding) traditional scheme. Bowling is similarly simplified with thumbstick spins and tweaks replaced with simple button presses and meters.

These two systems allowed me to play Ashes Cricket in a way that suited my feelings towards the real-life game. When I was playing Test matches or 50 over matches I used the traditional, simulation control methods. These methods allowed me to work my plan, tempt batsmen and place shots with patience and timing. However, whenever I came to a 20-20 match, the arcade controls came out and it became a slogathon with sixes and fours flying everywhere. It was the perfect companion to the flashy version of the sport. I did, however, keep the bowling controls set for simulation. It is so much more satisfying and well worth the trouble to learn how it works.

Ashes Cricket also brings another first for Big Ant and that is actual cricket licences and likenesses. Sadly it is only for the Australian and English teams (both men and women) but it is a start and will hopefully lead to more actual licences down the track. For the other teams, there is the always elegant solution of the Cricket Academy, Big Ant’s excellent creation toolset that allows players to download fan-made recreations of actual teams with the press of a button. Sure it isn’t as good as real, motion-captured players, but it does get around some tricky and expensive licencing deals that would be the only other option. As for the actually licenced players, they look pretty good, easily being recognisable and appearing quite lifelike. Steve Smith’s dorky smile, David Warner’s stocky frame and Mitchell Starc’s intimidating stare are all present and accounted for. Impressive work from a small Aussie studio that is for sure.

The rest of the game looks ok. Look this isn’t going to rival a 2K or EA production for looks, but it was made on probably a 20th of the budget so it was never going too. The team at Big Ant have done a pretty good job though and it looks fine. There are the occasional instances of glitching or some bland textures but overall this is a game that looks like it has been made with care. The sound effects are also solid, the crack of a bat, the roar of the crowd and the grunt of the bowler are all spot on. The commentary, however, is another story. Ex-Australian batsman and current channel 9 commentator Michael Slater is the main commentator and sadly he gives something of a lifeless performance. Also, the commentary quite often doesn’t reflect what is happening on screen, which is really jarring and sets my teeth on edge.

There are a few other issues. The fielding is the weakest part, which is true of all of the Big Ant cricket games, though it is better than it has been. I think this may actually be because fielding in real-life is boring, so how do devs turn a boring activity into an entertaining virtual experience? The good news is that fielders seem a little more reactive this time around and don’t let easy chances go, which is more than I could say for the last game. There are also some rough edges in the presentation. Things like incorrect third umpire decisions, (for example giving someone out when they were clearly home) happen on a semi-regular basis. It is a small, but annoying, thing that once again removes the player from the experience in a jolting manner.

All that said though Ashes Cricket is a great cricket game. It has some wonderful improvements on past games and it is more accessible than ever thanks to a new, welcoming control scheme. The rough edges presented by the game are more indicative of the game’s development budget and not a slight on the quality of the gameplay. This means these issues can be safely ignored by most, gameplay is, after all, king. If you like both cricket and video games, this is a no-brainer. It may be basically the only cricket option available but it is a very good option and one that will entertain for the entire Ashes series and beyond.