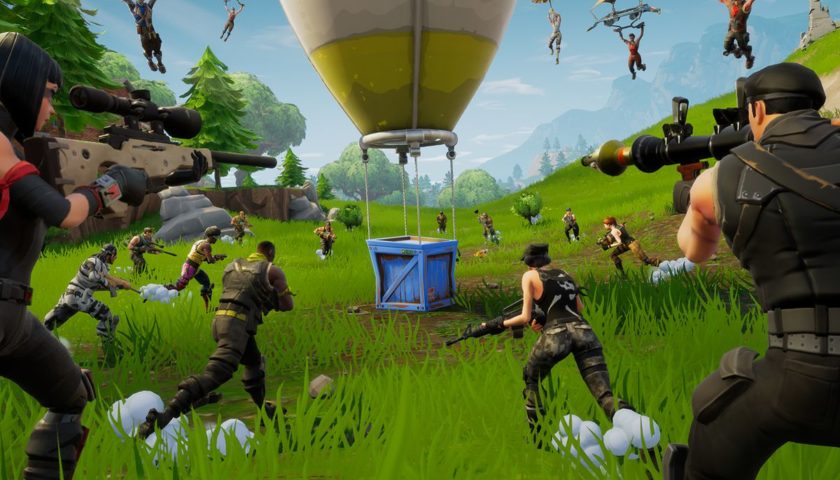 I would like to tell you a story, a story about something that happened in my life recently that really left an impression. Like all good stories, it has a deeper meaning, but that is something I will get to later, for now, let me tell you what happened. It all starts with Fortnite.

For those that don’t know I have two boys, one 12, one 9. The thing with being a parent is that just when you think you have your kids sussed out they turn around and surprise you in a way that you didn’t think possible. Now I am sure I am not the only parent to say this but my boys sure do love Fortnite. They play whenever we let them. Mates from school, cousins, friends from up the road all join in the fun. I will quite often walk into my lounge room to find my youngest on the Xbox, eldest on the PC playing with each other and a group of chums from all the different parts of their life. They save their pocket money to buy the Season Pass and would happily play from dusk till dawn if little things like school, chores, sport and parents didn’t get in the way of that dream.

So now that I have set that up let’s move on with the story. One quiet Saturday my eldest approaches me and says “Dad, we need to go to the farm.” The farm is the family term for my in-laws house, 40 odd acres of paddocks and scrub on the outskirts of Canberra.

“We want to do something, it’s a surprise” was the response.

So, with nothing really happening I agree. I figure I can take the kids out, they can see Nan and Pop and we would be home in an hour or two. Little did I know what they had planned. I told them to jump in the car and let’s go. Next thing you know they are running in and out of the house, loading up my truck with every nerf gun, water pistol, bouncy ball and fake sword in the house. There were boxes, toy containers and even a couple of old chests that the kids had been using for storage, all thrown into the tray. To say my curiosity was piqued would be an understatement, but I went along with it, keen to see where it was all leading.

A 25-minute drive later and we get to the farm, both kids barely able to contain their excitement. Both of them were dressed for action, with runners, shorts and t-shirts the outfit of choice.  I also noticed that they both had backpacks with them, the reason for which would soon become apparent. We were greeted by my in-laws, whose first question mirrored my own thoughts, “why are you here?” The boys just smiled, said they had things to do and started unpacking the truck onto the front lawn. It was at this point I had some suspicion as to what was about to occur but I wanted to see it play out and how far the boys would take it.

Once the truck was unpacked my eldest says to me “Dad we are going inside, I need you to get on Grizz (the family nickname for the farm’s trusty four-wheeler) and hide all of this stuff around the farm. Make sure you put some of the guns in the boxes and don’t make them too easy to find.” So off I went, spending a good 20 minutes zipping around the farm hiding nerf guns, balls, boxes and foam axes. I hid some in trees, some in the dog pen, some behind walls and some in the shed. Having achieved this, strange yet intriguing goal I yelled out to the boys that I was done. Next thing you know they came out of the house, blindfolded and feeling their way along the wall.

“Now you need to take us on the Grizz and drop us off in a random spot, away from each other,” says my eldest. It seemed that my suspicions were confirmed, the boys had created their own game of real-life Fortnite. I dropped them both off, quite a ways from each other as instructed, and when they were both ready, I blew a whistle that they had the foresight to bring.  What followed next was a thing of beauty, it was truly something special.

The boys had worked out prior to leaving home and getting to the farm that each of the different balls was a certain type of grenade, the drink bottles were health potions and some of the smaller boxes were shields. The nerf guns all had a corresponding weapon from Fortnite and they were put to great effect. There was running, hiding, dodging and gunfights galore as my two sons re-enacted their favourite video game. I am still unsure how it was decided, but my eldest apparently won the match with a headshot. Of course revenge was called for and sure enough, I found myself off hiding the weapons again, setting up for another battle royale. This went on for hours and it was only the fact the sun had gone down that the game came to a halt.

Ever since that day I have been thinking about what an amazing thing it actually was. The boys put so much thought, so much pre-preparation into recreating the fun of a video game in real life. In a time where every mainstream media headline is about the evils of video games, particularly Fortnite, my boys showed me concrete proof that games don’t stifle creativity, they encourage it. Pre-planning, organisational skills, physical activity and most importantly, imagination was on show for myself and my family and Fortnite was the catalyst.

Now I am not saying kids should be allowed to play video games for eight hours a day because they shouldn’t. What I am saying is video games may just provide a spark of inspiration, a flame of creativity that could bloom into something special. Sure this may have been only a game the kids played, but it could be the beginnings of something more. I am positive no one will disagree with me when I say encouraging creative thinking in children is a great thing and I have no doubt that video games have the potential to do just that.

As for the kids and playing Fortnite in real life, we haven’t gone back to the farm to play it again, however, I am pretty sure it has been played at the local park with friends since that day. I think it was the fact that they left the house looking like Simon Pegg and Nick Frost from the ending sequence of Hot Fuzz, guns strapped to their backs, a backpack chock full of Nerf bullets and a smile on their faces gave it away. And do you know what? I am more than ok with that.