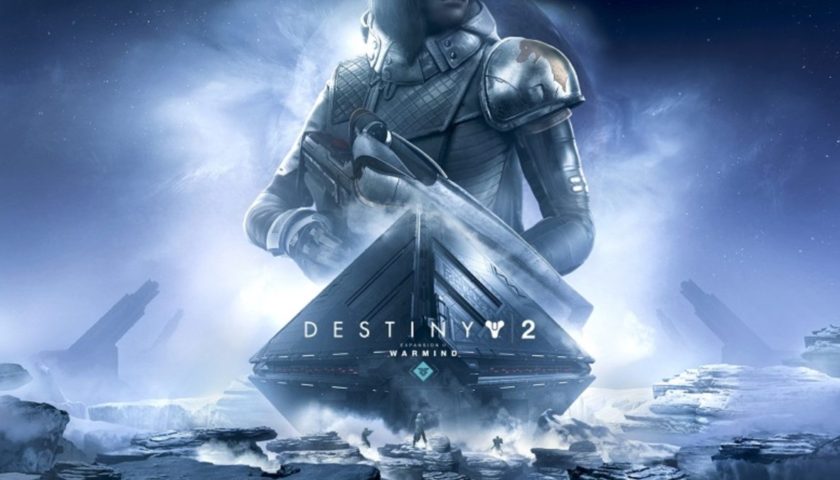 Two nights ago I sat down with the newest expansion for Destiny 2, Warmind. As usual, the Bungie PR team had talked it up and I, once again, bought the PR spin hook line and sinker. There is just something about Destiny that keeps me coming back, keeps me hoping for something more, but just like every expansion for both games (with the possible exception of The Taken King), it fails to deliver on that hope. Warmind is simply more Destiny.

Now don’t get me wrong, I certainly enjoyed my time with it. The new story focuses on the Warmind Rasputin, a topic I have been interested in since he appeared in the first game. Apparently, Rasputin’s core is trapped in the Ice of Mars and due to the Traveller waking up, a Hive worm god is after it. For me personally, this is perhaps the best storyline Destiny has given us so far. It is self-contained, moves at a good pace and poses some very interesting (albeit familiar) sci-fi story beats.  It is the sort of thing I would have liked to see more of in Destiny and I certainly enjoyed it playing out.

The real problem is though that I have done it all before. The gameplay beats are so familiar I wasn’t actually sure I was playing new content. Every mission in the expansion has been seen before and if it wasn’t for a couple of memorable boss battles there is nothing to separate this content from previous jaunts through the Destiny universe. The tag-line for this expansion should be simply “more Destiny. No more, no less.” Really at this point in time, a major expansion should be more than that. It should do something different, something exciting. As it stands it just does more of the same and it is hard not to feel underwhelmed.

There is a bunch of new content here to keep those still playing Destiny 2 happy though. New weapons, new strikes and a whole new planet to explore. So Bungie certainly brought more stuff to do in the game. There was a new style of public event evident on Mars which involved waves of enemies that players need to survive. If you are able to survive the 3 waves you win the event and are awarded appropriately. It is a tough challenge that is almost impossible on your own so make sure you bring a fireteam with you. Mars its self is also worthy of some exploration time and is much more fleshed out than Mercury from the previous DLC.

I am finding it tough to give any sort of consensus on Warmind. On one hand, I had a lot of fun with the story and enjoyed my time with the new missions and exploring Mars. On the other hand, it is just more Destiny so really my enjoyment stems from the comfort of the Destiny grind and not from something exciting or interesting that has been added to the game. Overall, despite the enjoyment, I got from the new missions I just don’t think it is enough. Bungie seems to be not even trying to be creative and that just leaves a little bit of a bad taste in my mouth. By all means, buy Warmind, you will probably have a good time. But know that all you are getting is more of the same and searching for something new will only leave you unsatisfied.