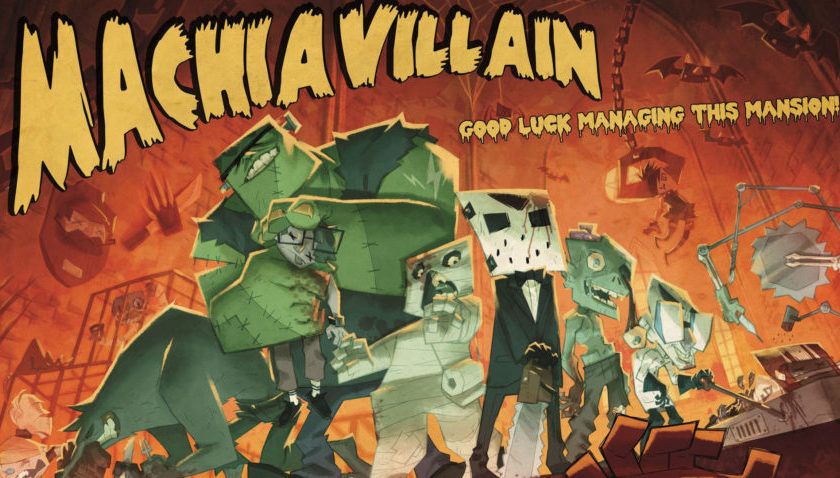 Have you ever found yourself watching a movie or similar in which a dastardly villain plots and thought to yourself, “I could do better than that”? From gloating evil leaders outlining their entire scheme to the one person who can foil it to monsters so hung up on enslaving humanity they forget they could just kill all humans far more easily, there’s always something that could be improved.

Well, here’s your chance to put your ill-gotten gains where your ill-spoken words are – MachiaVillain, an evil mansion-managing sim from developers Wild Factor, have put together a game in which you can put your basest, most sinister instincts to the test. Inspired by the likes of Prison Architect and Dungeon Keeper, MachiaVillain builds on a despicable pedigree of being the best of the worst.

As a former minion with dreams of super-villainy, your purpose is to build your own menacing mansion, manage the minions now beneath you and rise through the ranks of the appropriately bureaucratic League of Evil. But it’s not as easy as you might think…

For starters, you need to hire minions. Many different monsters are willing to work for you, more as your prestige as a villain grows, and all have different abilities. So long as you keep the brains and bones plentiful, there shouldn’t be any rebellions or mutinies.

But to keep them plentiful, you’ll need victims. And you can’t just kill people wandering by – that’s far too crass. You’ll need to select a crafty method of luring victims to your mansion where your minions can “take care of business”. Be careful to avoid suspicion, though; keeping your activities strictly nocturnal and indoors will make your minions happy and reduce the likelihood of the local constabulary getting too suspicious.

As your empire grows, there is ample opportunity to up your villainous game via conducting research in your evil laboratory. Create elaborate traps to ensnare your victims, construct weaponry to defend your mansion from marauding enemies and hire bigger and better baddies to do your wicked bidding.

Wrapping your head around the scope of villainy available can take a bit of effort and it’s here that MachiaVillain stumbles a little. Whilst there is a tutorial to help guide you through new tasks, it can feel a bit like information overload. Game mechanics are introduced in quick succession, not really allowing time to master one before moving on to the next, and this can make the process of working out how to combine tasks and best utilise minions and resources much slower.

Similarly, new objectives are assigned quickly to begin with, but in difficult to digest sizes. Rather than drip feed a series of smaller tasks to the player, such as “build a floor” and “build a wall” then escalating to “decide if this will be your butchering room or torture chamber”, players are first off instructed to simply “build your evil mansion”. A lot more context is needed to complete this task adequately and, while this context comes with experience, it still feels a bit jarring to begin with.

Overall, MachiaVillain starts off a slow burn, but once you find your nasty niche then things get really fun. With a wide variety of options to play with and explore, MachiaVillain promises more than a few hours of devilish fun.

“It has been said that a good writer can use two words to communicate ten. This bio is already twenty words long and Stevie hasn’t even told you anything about herself yet. She likes video games, especially the pointy-clicky, adventurey kinds, and also likes writing, so this video games writer gig suits her nicely.”