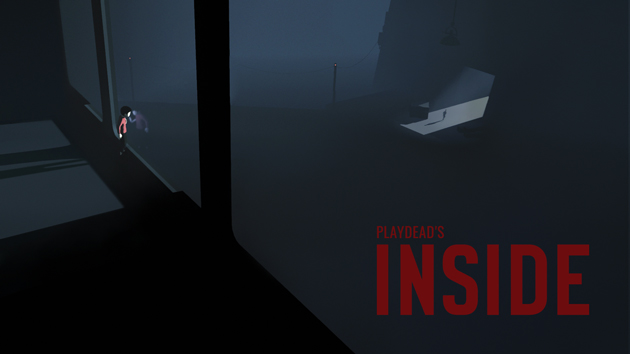 Inside – The Running (Right) Man

Along with a stable of excellent first party titles, the Nintendo Switch continues to impress me as a fantastic gateway to both current and older indie titles that slipped me by or are – more likely – something I’d rather play late at night, curled up in bed late instead of in front of a TV or monitor. The portability and quality of the Switch experience is something the 30+ crowd have been raving about since launch, fitting as well into its dock as it does into busy schedules where the ability to freeze gameplay instantly is a godsend. Sure, this sort of thing has been done before by both Sony and Nintendo themselves, but I wasn’t in my early 30’s juggling parenting and a career when I was playing the Vita and 3DS consistently. Suffice to say, the Switch finally gave me the opportunity to engage with developer Playdead’s Inside, the spiritual successor to their debut title Limbo.

Inside is a game I had heard much about, a critical darling whose ending divided some players upon launch in 2016. I managed to complete Inside in just over a single Switch charge, which was roughly 3 ½ to 4 hours of playtime without obtaining the alternate ending. Being able to play Inside in a single burst is something I wouldn’t normally be able to do, but circumstances meant I was the passenger in a lengthy coastal drive and thus was able to more thoroughly immerse myself in the nightmarish dystopia Playdead created therein. I think this lack of breaks worked well in conjunction with the brisk length of Inside and resulted in a much stronger narrative experience rather than the series of puzzles it might be reduced to when play is broken up and the pacing Playdead have worked to craft is lost. I’ll decline to cover the plot – much has already been written about it in the two years since initial release and is something better experienced first-hand, diminished as it would be by discussion given the ‘show, don’t tell’ approach taken by Playdead. What excites me more about Inside is the care with which it has been put together, handcrafted and polished to deliver the vision of its creators in a very deliberate manner. Boiled down to its essence, Inside is a game in which the player runs from left to right, occasionally jumping and solving fairly simple puzzles – there was only one particular room that I spent a good ten minutes in before reaching the solution, and a cursory search online informed me that was a fairly common experience. Instead, it is the aesthetics covering this ‘bare bones’ gameplay skeleton that lift Inside to a higher level.

Like Limbo before it, Inside sports a very unique visual design featuring a muted palette, moody lighting and environments that move between depressing and unsettling at will. The world is desaturated in such a way as to further drain any sense of life from its visuals, resulting in a cold landscape which showcases every shade of grey the artists could muster.  Juxtaposed against this are the character and enemy animations, which range from comical jumps to the multitude of character deaths made more impactful due to the restraint and realism with which they are presented. It’s not often I’d encourage players to die in every possible way they can, but not doing so during Inside means that you could easily miss some of the excellent work Playdead’s animators have put in.

For those who have played it previously, the Switch port of Inside offers very little reason to return outside of another chance at obtaining the alternate ending if you didn’t do so the first time. However, for those in a situation like myself who missed its initial launch and are playing indie catch-up, Inside is the type of short but gratifying experience that the Switch is perfect for delivering.