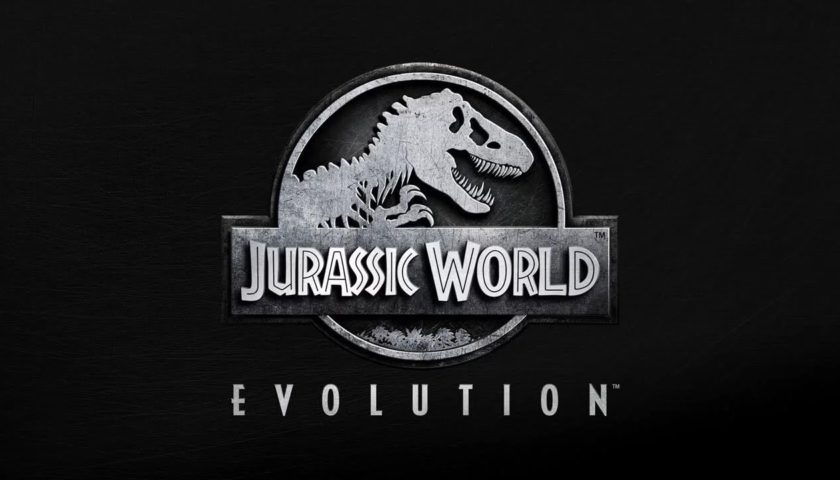 Have you ever sat back while watching a Jurassic Park film and thought to yourself “These people are idiots! I could totally make a better/safer/more profitable Dinosaur Park than this!”. Well, good news because Jurassic World Evolution gives you the chance to almost certainly prove yourself right.

This park management simulator game starts out slow and easy to help you get your head around things but it also seems to stay that way for far too long. You’ll have a limited pool of Dinosaurs to choose from and they’ll all be harmless little herbivores until you’ve earned the right to house some of the biggest bads. On top of this, you’ll need to keep guests safe and entertained with food, shopping, and opportunities to see your dinos and the micromanagement behind some of these aspects is deeper than you’d expect.

See there’s a lot Jurassic World Evolution doesn’t tell you, like that you can choose how much to sell a dinosaur sticker for and how many staff you want doing it. It’s a level of depth that you can go into if you’re interested but ultimately seems unnecessary when you can fairly easily rake in millions without too much effort.

There are small obscurities as well. A building won’t function without power – that’s fair, it makes sense. A building also can’t function without a footpath. For some reason it is impossible to send a research team out as humans haven’t evolved to the point where we can walk on the grass. Terrain seems to arbitrarily not like being built on regardless of how I try to reform it and patrons will often seem to just ignore shops or restaurants for no understandable reason.

I played through and unlocked almost all of the Islands before I realised I was being locked out of finding more fossils due to turning off two of my seemingly unused buildings. I had optimised the system to be able to earn a hefty star rating without needing to deal with the challenge of more difficult dinosaurs and it left me wondering what the point in trying to do this would be.

It’s a systems upon systems game. You dig to find fossils, you use the fossils to extract DNA, the DNA is compiled to eventually create dinosaurs and each of these actions requires its own building, financing, power, and timer cooldown. Once you get your head around everything it all works fairly well, you can queue up actions and have an assembly line of tasks but in the early stages, this is a slow and arduous process. Often there’s nothing you can do until you wait out your financials and it sometimes felt like playing a mobile game but thankfully without microtransactions.

Contracts are another element of progression and you’ll complete them for the different factions of Science, Entertainment, and Security. During the tutorial mode security will have you unleash a dinosaur to the public just so you know how to control it. I understand this is a lesson in a video game but it definitely made me trust their decision making less.

Alongside the small contracts, there are main missions which have a bit more depth and will allow you to receive unlocks. Some will give you challenges and the opportunity to get dinosaurs you haven’t researched for and they usually require putting your park at risk.

You’ll need to appease each faction by doing small contracts to unlock these opportunities to sabotage your park but they’re such cookie cutter missions that are often unnecessary to improving anything that they quickly become dull.

There’s a lot of interesting ideas in Jurassic World Evolution and overall it has a good addictive management loop. I also like that I can jump in a vehicle and go take photos of my dinos or manually tranquilise them instead of assigning it to an AI task. I also enjoyed playing with genomes to get little differences in appearance and strength but the variation wasn’t as much as I would have liked.

Doing this, I soon discovered what I’ve dubbed Dinosaur Fight Club which means introducing two incompatible creatures into an enclosure to do battle. I learned that the public doesn’t think this is particularly good of me for the welfare of these animals but also loves a champion. I began raising my star rating on the prowess of my prized fighters and this is where I really started having fun and then everything went to hell.

I played Jurassic Park Evolution on standard Xbox One console and there’s a fair amount of detail in the game. Frame rate was always a little clunky but it turns out that once you get a park to about 3 stars it just can’t hack it. I’ve had complete crashes multiple times and have moved on from islands because the framerate drops pretty much render the game unplayable. I haven’t managed a five-star rating on any island and that’s less to do with my management skills than it is to do with not being able to move across the map.

I can’t recommend a game that plays like this despite enjoying it for the most part – when it actually works. I also can’t speak to the experiences of other people or if it plays better on other consoles or PC. I can tell you that I was already getting a little bored with most of the systems in Jurassic World Evolution before this point but it does scratch a nice theme park simulator itch and you can make some cool looking dinosaurs, which is always a plus.