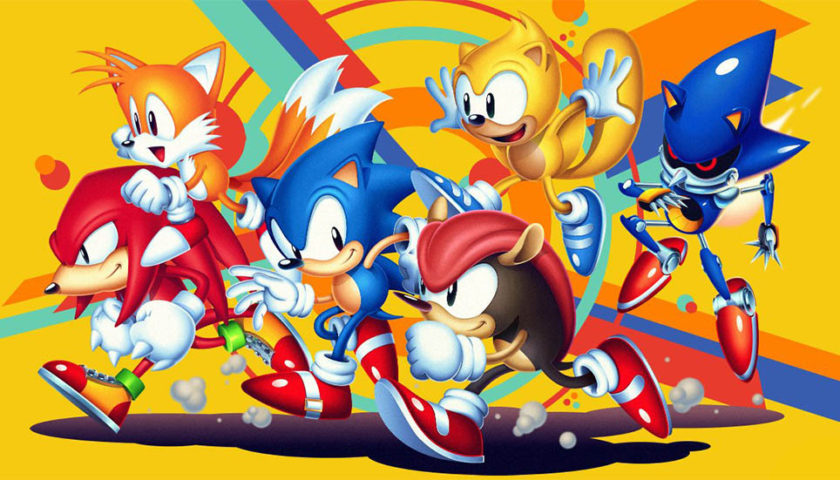 Sonic Mania Plus – The Fond Memory I Never Had

Sonic Mania Plus makes me nostalgic for memories I’ve never had, and experiences I’ve never encountered. The lovingly crafted 2D adrenaline-infused adventure looks like something yanked straight from the early 90s, but feels as good as any of the modern in-vogue platformers available today.

Growing up playing Mario games on the Super Nintendo, I never experienced the golden era of Sonic the Hedgehog on the classic Sega consoles. In a typical childlike manner, I desperately wanted to play the Sonic games, purely out of a desire to play what I didn’t have. My first time with the iconic blue hedgehog wasn’t until Sonic Adventure 2 Battle on the GameCube, known for its outlandish 3D setting, melodramatic converging plotlines, and – perhaps most importantly – its banging punk-rock soundtrack.

Sonic Adventure 2 Battle was as good as it got for quite some years. Read into that what you will.

I’ve always felt the Sonic games favoured speed over substance; speeding through levels never presented me much in the way of intrigue and variety like the Mario games consistently do. That, and the Mario series transitions effortlessly between 2D and 3D worlds in a way Sonic has admirably persistently tried but failed to grasp. Even the decent Sonic Colours and throwback title Sonic Generations felt like they were missing an intangible puzzle piece to my enjoyment. These two games, in particular, signalled to me that I was content to sit on the sidelines and watch on while others enjoyed the various subsequent Sonic titles.

Sonic Mania Plus has spin-dashed straight through those plans like the proverbial tracer bullet Sonic is.

Featuring a range of classic and new zones to play, Sonic Mania Plus is the first in the long-running series that has truly resonated with me. I “get” the speed, the vibrant colours, and the catchy eclectic soundtrack. Its authentic presentation and personality is incredible, with such incredible attention to detail evident in the character animations and each design choice. Unlike previous Sonic games I’ve played, the levels feel like they’re bursting with secrets and multiple paths to traverse, inviting me to go back and try to find every Chaos Emerald. That, and each boss encounter felt so joyously unique to the point where I feel like I would be spoiling the game by telling you more.

Unique to Plus are various additions, most notably the Encore Mode and two extra playable characters: Mighty the Armadillo and Ray the Flying Squirrel. I have no idea who they are, but they’re damn fun to play as – just like their contemporaries in Sonic, Tails and Knuckles. Encore Mode remixes the Mania story mode from the base game, with variations of each level taking full advantage of each character’s abilities. Also unique to Encore is the abolishment of lives. Instead of the traditional “life” system, your chosen starting character recruits their teammates along the way in a tag-team system. If one character gets hurt, you lose them from your roster until you find a replacement character item box, and the next character takes their place. If all characters are eliminated, it’s game over. Encore Mode is a nifty way of adding replayability and encouraging you to try different things with new characters, and its revised lives system freshens up the experience, too.

Multiplayer forms a decent chunk of the Sonic Mania Plus experience, with a good variety of competitive elements to take down your fellow Sonic enthusiasts. What I enjoyed most was the ability to play Mania in co-op, where player one fills the speedy red boots of Sonic, and player two as his sidekick, Tails. I was initially uncertain about how effective co-op would be considering the fast-paced nature of the action, but my fears were unfounded thanks to clever design. Player two as Tails acts as an impervious foil to player one’s Sonic, where Tails can take damage, fall behind or off the screen, and harmlessly return to his buddy automatically. The dual-tailed yellow fox can still interact with most things and deal damage to enemies – it’s only Sonic who has to worry about dodging enemies and preserving rings. This method of co-op is great for introducing inexperienced or younger players to what can be an intimidating game to newcomers due to its speed, in addition to acting as a handy way of easing the difficulty during some of the harder levels.

Sonic Mania Plus makes me feel like I’ve played Sonic games all my life. I feel as though I’m being welcomed home with open arms despite me never having a strong connection to the series. Representing the very best that old-school platformers have to offer, Sonic Mania Plus is a wonderful experience for both newcomers and longtime fans.