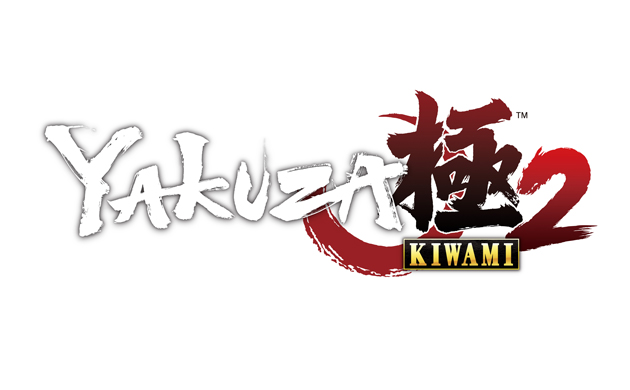 Following the release of three Yakuza titles in just over 18 months, SEGA have solidified their Western revitalisation of the series with Yakuza Kiwami 2, an ‘extreme remake’ of the 2006 PS2 release Yakuza 2. Now running on the highly touted ‘Dragon Engine’ with further refinements from its initial implementation in Yakuza 6, Kiwami 2 expands the Yakuza experience in every way imaginable to deliver a compelling story that stands as one of the best of the series.

Picking up a year after the explosive finale of Yakuza Kiwami, Kazuma Kiryu is pulled from civilian life once more to save the Tojo Clan and defend his beloved Kamurocho against foes both from within and outside of Japan. When examined in detail, Yakuza Kiwami 2 is a Frankenstein’s monster of game design – a PlayStation 2 era title running on a PlayStation 4 engine with systems that have been edited, remixed and bolted on to in enough ways to appease a modern audience. Rather than coming off like a decade old game with a fresh coat of paint, Kiwami 2 manages to feel like a current release, primarily because it doesn’t seek to replicate the exact experience of its source material. This may leave veteran fans disgruntled as certain gameplay portions, sub stories and locations have been excised, but as someone who admittedly didn’t get into the series until the PlayStation 3 era, at no point did I feel like Kiwami 2 was lacking in elements I expect from the series – in fact, I was impressed at how much Kiwami 2 resembles more recent entries.

This is in no small part thanks to the gorgeous renditions of both Tokyo’s Kamurocho and Osaka’s Sotenbori that the ‘Dragon Engine’ is pushing out. The latter a district which has featured in other entries of the series, most significantly in Yakuza 0, but first made its debut in Yakuza 2. Having personally spent time in both Kabukichō and Dōtonbori, the real-world locations on which these in-game areas are based, it’s hard to describe just how accurately the team at SEGA have managed to capture the look and feel of strolling down these streets at night, agonising over which bar or restaurant you should be spending time in. The majority of my playthrough of Kiwami 2 involved either a glass of Nikka From The Barrel on the rocks or a 500ml can of Asahi in hand to help me deal with the extreme travel withdrawals I was suffering – it’s no secret I’m a Japan travel tragic and exploring the world of Kazuma Kiryu does in some small way help alleviate these feelings.

With the sheer number of Yakuza entries I’ve played in a relatively short amount of time, I thought it might be easiest to cover elements that stood out to me in Kiwami 2 given the many similarities it shares with its brethren that we’ve covered in detail here previously on Player2. After all, if you’re reading this piece I have to assume that you:

As always, the acting throughout elevates each story beat – Kiwami 2 is often described as having the best plot in the series by Yakuza devotees and I can’t disagree with them – after all, it had me hooked throughout my 20+ hours of playtime and left me wanting more. My enjoyment of the narrative was greatly enhanced by the introduction of Goda Ryuji, ‘The Dragon of Kansai’ who is possibly the best villain to date of the PS4 entries and plays off Kiryu exceedingly well. Sub-stories once again round out the experience, with more than a few of them providing some of the most memorable moments of the entire game. However, not everything here is leaps and bounds ahead of what has come before – the lack of full voice acting in all scenes, introduced in Yakuza 6 has sadly disappeared this time around. In a bid to ensure all of their hard work developing the Dragon Engine didn’t go to waste, the Clan Creator mini-game from Yakuza 6 has been expanded and included, centring around fan favourite Majima Goro, who even receives his own separate storyline accessible from the main menu in order to explain his revised role in Kiwami 2 compared to the original release and bring more cohesion to the series as a whole.

Across Kiwami 2, there are multiple small updates that streamline the experience and give a glimpse of the direction SEGA will take the series in any future sequels that use the Dragon Engine. As ridiculous as it sounds, the completionist in me really appreciated that restaurants now tick off what you’ve eaten so you no longer have to dive into the submenu. Smaller missions that were text messages in Yakuza 6 are now worked into regular street encounters and feel more natural for it. The return of Cabaret Club Management is a welcome addition from Yakuza 0, albeit in a seemingly more condensed format here and contrasts nicely against the newly introduced Gravure photography, a mini-game akin to the Online Chat of Yakuza 6.  On the combat side of things, Kiwami 2 feels tighter than its predecessors, something I would put down to improvements made to the game engine for this release. While Kazuma is restricted to a single fighting style, Heat moves that are tied into locations and sub-stories work to bring the combat and exploration systems together more organically. What’s more, weapons feel more vital than ever, perhaps due to some balancing changes behind the scenes – I’ve often neglected weapons in the past, but changes to the UI and control scheme mean the ease with which they can be stored, changed and used brought them to the forefront of many encounters throughout the game for me, whether it be low-level thugs on the street or difficult boss encounters.

I’ve said it before and I’ll say it again – if you’re thinking of jumping in to the series, start with Yakuza 0 before making your way through the many fine sequels. However, if you’ve been following Kazuma Kiryu through to this point on the PS4, there’s absolutely no reason to skip Kiwami 2 – it’s the last of the ‘Extreme Remakes’ SEGA have planned, so the upcoming re-releases of 3-5 will feel like a step backwards in many respects. Yakuza Kiwami 2 is everything players have come to expect from the series – humour, heart, honour, drama and karaoke. It stands alongside the likes of Shadow of the Colossus as one of the best remakes of this console generation and should be in the library of any Yakuza fan, old or new.