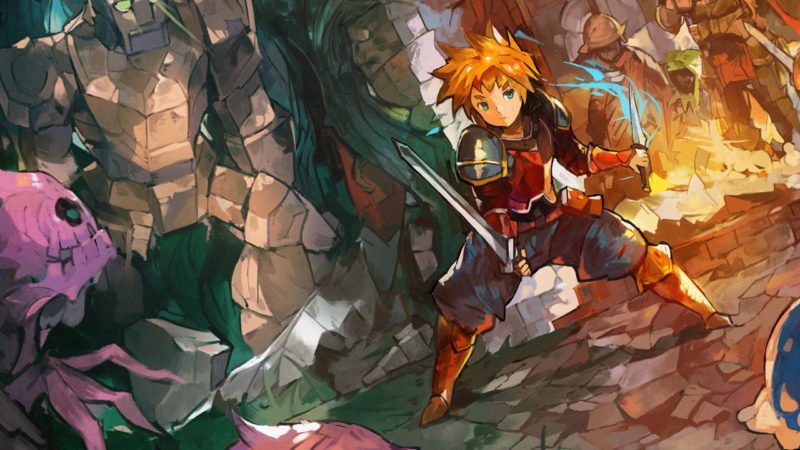 Chasm – Worth the Plunge

Metroidvania titles have been plentiful over the recent months, and the quality has been of the highest standard, and another entrant has thrown its hat into the ring. Coming from Bit Kid Games, Chasm has been a long time coming; Kickstarted in 2013, with a May 2014 release window initially targeted, the game has had to overcome several revisions and hurdles to get to the finish line. In 2018, the game has undergone some changes, but it’s finally here; available on Steam, PS4 and the PS Vita, does Chasm rise from the pit like Lazarus, or get gobbled up in a pit of Sarlacc?

Procedurally developed games are certainly in vogue at the moment, but Chasm takes a slightly different approach. Rather than procedurally developing the world moment by moment, that process is front-loaded, with the player randomly assigned a seed which can be shared with friends if you all want to experience the world in the same way. It’s an intriguing take on the world creation and one that has the potential to certainly elevate certain seedings to the top of the pile for high-level speedrunners as the community latches onto the best seeds to enable their pastime. One catch though – the rooms can be quite bland and repetitive. I nearly opted out of the game after a few hours because I kept encountering the same stale environments littered with the same enemies. This issue will become less impactful as you progress further through the game but it’s an initial barrier that may put off players less willing to invest the time early days.

The rationale behind your adventure is a simple one. You’re a soldier, passing through a remote mining town before you’re drawn into a mystery that has seen the miners of the town vanish following the uncovering of a long forgotten temple. With an evil force now awakened you’re services are enlisted to thwart the supernatural presence before returning home. There’s plenty to learn about the town and the monstrous entities form the townspeople, the miners you rescue and items scattered throughout the mines, and as you discover all of these, the story behind everything that happened to the town becomes increasingly clear. It’s simple, unnecessary and unobtrusive, but it’s intriguing if you wish to dig a bit deeper.

The playing experience is, of course, the primary hook of any Metroidvania game and there’s plenty of depth to be found in the Chasm experience. The merger of Diablo, Metroid, Castlevania and Zelda is immediately apparent with systems that hail from each of those IP becoming immediately apparent. The world design and exploratory aspects have been sourced from Super Metroid and Castlevania. Random loot drops and RPG systems that stem from Diablo and others of the genre, add diversity and strategy in ways that few games in the genre do to this point. Traversal is fluid and as you develop more skills and abilities your methods of progression only enhance, with each new addition fitting seamlessly amongst your other skills to create a platforming masterclass.

The game both looks and sounds sharp as well, with a moody musical score wonderfully offsetting the expertly rendered world. Despite being a bit repetitive (as mentioned earlier), the design of the mine and the variety of different biomes within in are vibrantly coloured and well populated with inventive environmental hazards, monsters and crumbled architecture. The animation is also a highlight, the movement is fluid and the animation is just as crisp, ensuring that in the event of death, you’ll only have yourself to blame.

Chasm delivers in many ways, but the one thing that holds it back from the upper echelon is a world that feels as though it were built from Lego pieces. Excellent gameplay systems, artistic beauty, and wonderful animation only carry you so far when you feel as though you’ve seen everything before. It seems that in the attempts to diversify the entire game’s world, the result has actually been the opposite, and hampered the experience as a result. A promising start and one to experience if you, like many, are caught in Metroidvania Mania at present.