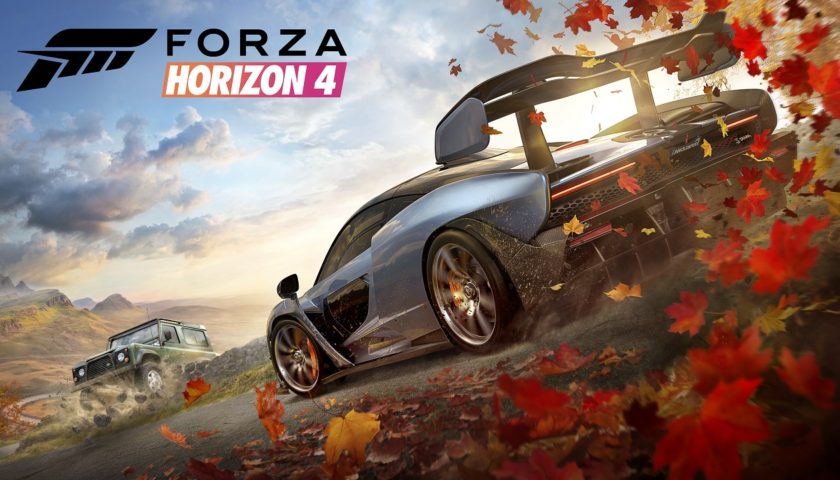 Where do I start with this review? Do I move straight into the gushing? Build up slowly to a tonne of praise? Perhaps just lay it out there? Whichever way I approach this, it is all going to read the same way. Forza Horizon 4 is the best driving experience that can be had, on any system, anywhere. It is not a jack-of-all-trades it is a master-of-all-trades. It tries to be everything for everyone and I tell you what, it succeeds. This is a game that oozes personality, class, stunning design and an unbridled passion for going fast. It lets you play it as you want and rewards you for doing so. Most of all, it is a joy to play, a joy in ways very very few games ever get close to achieving.

Let me start with the setup. This year the Horizon festival is being held in an area in the north of the UK. There is only one major city, Edinburgh, and a whole host of country and seaside villages, ruins, castles and farmland to explore. The map feels a touch smaller than the map from Forza Horizon 3, but at the same time there feels like there is much more to explore. It is hard to articulate just how wonderful this world looks, from the fields of sheep, to the majestic lakes, Forza Horizon 4 doesn’t skimp on a single detail. Oh, and if you have the ability to play in 4K, that detail is amplified to almost breathtaking levels. What is even more impressive is that the game holds up, even under speed. These looks don’t hit the framerate at all and I am yet to experience any sort of slowdown whatsoever, even when the screen is littered with other cars, debris and weather effects. Pure and simple this is a technical masterpiece.

But looks only get you so far, it is what’s inside that counts. Thankfully Forza Horizon 4 has it all. This is a game that has perfected virtual driving for everyone. If you want to fiddle with gear ratios, tweak tunes and race without any assists, Forza has your covered. Likewise, if all you want to do is jump behind the wheel of a supercar and tear through a paddock. Forza successfully caters for everyone and encourages people to play how they would like to play. Rewards are doled out on a regular basis, no matter how you choose to experience the game, so there is no disadvantage in that regard and with the ability to race any car in just about any event (apart from special story and showcase events) no one is ever forced to drive a car that is too difficult for them. If you want to spend your entire time in Forza Horzion 4 driving in a Mini, fill your boots, because the game won’t penalise you for it.

The range and number of events is mind-boggling too. It seemed like every time I won a race, three more opened up. The variety is almost daunting with off-road, cross-country, street, championship racing and drift racing just to name a few. This along with a host of side activities like finding lost cars in barns (a series staple), jumps, speed cameras and drift zones ensure anyone who dives into Forza Horizon 4 will be there for a very long time. There is also a range of showcase and story activities that are universally excellent. The showcase events have been around since the first Horizon and haven’t changed too much in concept. Take a specific car and race it against a crazy opponent like a group of motocross riders, a train or even a giant transport hovercraft. There is even one showcase event that features everyone’s favourite UNSC Spartan and AI and I have to say it is probably the most perfect cross game cameo I have ever experienced. It left me grinning from ear-to-ear. The story events are something different altogether. A group of 10 events, these stories see you play out a range of scenarios for a specific purpose. For example, being a stunt driver for a posh movie director (who sounds suspiciously like Sean Bean), running a supercar rental company or becoming the drift king of Forza. Each of the events gets harder as the narrative moves on and they provide some of the most satisfying racing to be had in the game.

A big deal has been made about the changing in seasons in the lead up to Horizon 4’s release and I must say it is with good reason. The seasonal changes are more than just weather effects, each season brings its own challenges for driving and in the case of winter, even alters the drivable terrain. In summer you deal with the loose dirt of backroads, In spring the snowmelt leaves mud everywhere. In autumn the tracks are often concealed by fallen leaves and in winter islands in the middle of the lake are now accessible thanks to the frozen water. It is a wonderful addition to the franchise and thanks to the much more active online systems, it keeps things fresh everytime you pick up the controller. When the game starts you will be treated to a comprehensive prologue, which will allow you to try events in all four seasons. Once that is complete you will join the wider Horizon 4 community and seasons change every few days, mixing things up, changing events and allowing for season-specific challenges. This is where the game really begins to shine, taking things from what could be seen as an improved Forza Horizon 3 into brand new and exciting territory.

The online component in Forza Horizon 4 is the most comprehensive I have ever seen in a racer. The Horizon series has always been a place where online play thrived but now it has been taken to the next level. It is clear the developers have looked at games like Destiny and implemented changes as a result. There are now public co-op events which appear at random, showing up when you least expect them. If you get to the required location in time you then work with others to reach speed, drift or airtime totals and earn rewards in the form of Forzathon dollars, a currency that can be used to purchase special items like rare cars, customisations or even cool (or not so cool) victory dances for your driver. The online space is also where competitive team games like tag and domination can be played, something else taken from other genres yet it works wonderfully well in this format. It is clear that the development team at Playground have really looked at ways of turning this game into a thriving community and from everything I have seen they have done just that.

So really this review has been nothing but gushing and to be honest I am totally fine with that. Forza Horizon 4 is a game that achieves every single thing it sets out to and it does so with distinction. Games like this should be lauded by anyone and everyone, praised because they deserve to be praised. The welcoming, customisable nature of the game coupled with jaw-dropping graphics, an endless supply of events, a meaningful weather and season system and a series-best suite of online components means that Forza Horizon 4 is the best in its class, bar none. Barring a very small group of hardcore sim-racers and perhaps the Amish, I really can’t think of anyone who wouldn’t get a kick out of this game. Well done Playground, well done.

*If you want to join the Player 2 team in some Forza Horizon 4 action, why not join our in-game club. Simply search for Player 2 or P2AU once clubs become available in the game. All are welcome, so join us for some fun.