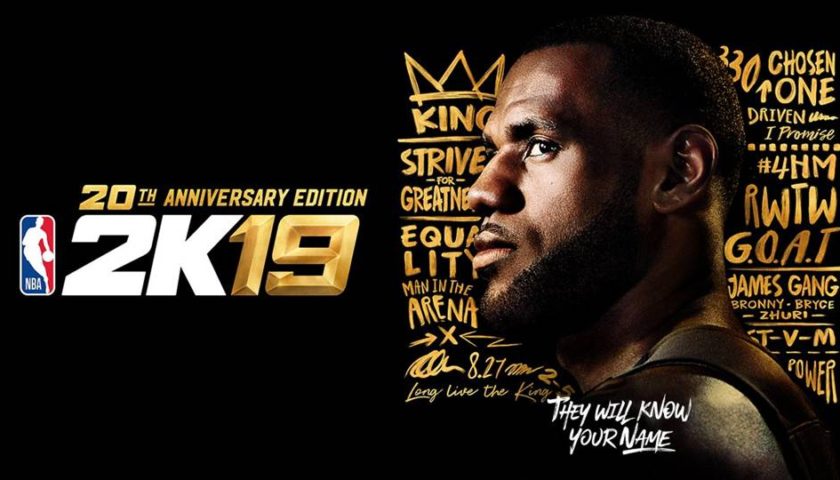 NBA 2K19 – The Good, The Bad and the Downright Ugly

NBA 2K has always excelled at being a true representation of Basketball and the latest iteration of the game is no different. As much as I enjoyed this year’s iteration of NBA Live (and I very much did) NBA 2K has no peer when it comes to representing the finer detail and technical aspects of the sport. These are the details that set it apart and put it into the higher echelon of sporting titles. The ebb and flow of a game, setting a play, the way players move through traffic, it all feels true-to-life. This is a game for the hardcore fan, the fan that knows the sport inside out.

This creates something of a steep learning curve for the first time player, but it is a learning curve that is worth tackling. Returning players should feel right at home however and will be able to jump straight in and pick up the minor gameplay alterations with ease. In regards to gameplay, NBA 2K is the king and everyone else is playing catchup.

The black magic that NBA 2k uses to create the best in-game commentary bar none is back in force. Every year it astounds me at how well the running commentary mirrors what is actually happening in the game and how much actual dialogue must have been recorded to pull it off so perfectly. Game after game, fresh commentary seems to appear out of nowhere and the repetition that is common for sports games doesn’t show up until well into a season, much later than any other sports title I have ever played.

Graphically the title looks great too. Highly detailed players, wonderfully realised courts and a background crowd like no other in the genre, NBA 2K19 is a feast for the eyes, especially on the 4K enabled systems. It is clear 2K shows a lot of pride in all aspects of its presentation, striving to resemble real-life as much as possible. It is a noble goal that’s for sure and one that they are getting closer to with each iteration. I never thought photo-realism in gaming was possible, but it has to be said, 2K gets closer every year.

As is the case with every iteration, the story mode is one of the game’s key features. Sadly this year’s isn’t a good one. The tale of A.I, the main protagonist, starts off well enough. It is a tale of redemption, a player whose arrogance was the biggest obstacle to his own success. Missing out on the draft, A.I is forced to travel to China and then play in the G League to try and earn his way into the NBA. Not a bad basis for a sports story all things considered. But where it falls down is with A.I himself. There isn’t a single redeeming thing about his character, nothing likeable at all. The whole game has a host of cool side characters (including some notable ex-NBA players and The Falcon himself, Anthony Mackie) all trying to help A.I achieve his goal, but all you ever hear from A.I is how he deserves his shot and he is wasted in the lower leagues. Just makes him seem like a giant toolbag.

I think the writers realised this because in the second half of the story they introduced a character that is an even bigger tool, I guess in the hope to make A.I seem like a better human. All it did, in reality, is make we want to punch both of the self-entitled sods. The story’s conclusion is a big old “battle of the jerks” and frankly, I was hoping the both got career-killing ACL injuries. I realise this may be a culture thing, Americans, in general, seem to appreciate the cockiness that comes with an arrogant attitude, but for me, it rubbed me in all the wrong ways and any empathy I may have had for A.I’s plight vanished quickly.

Sure it isn’t quite as bad as last year (you don’t have to buy haircuts for starters), but I’ll be damned if it is acceptable. The microtransactions are just vile and the way the game pushes you towards them is predatory. Playing through the story mode without purchasing VC is an exercise in frustration. No matter how good you are at NBA 2k, playing as a 60 level player means you will miss more free throws than Shaq, hand over the ball every third play and make about as many shots as I would if I was being defended by Andrew Bogut. But for the low, low price of an extra thirty dollars you can raise your player to a level 70+ player and all of that frustration goes away and the game once again becomes about skill. Sure, the ability to earn VC is higher this year, but the act of doing so with such appaling skills is a chore and not entertaining in the slightest. The game should basically come with a warning *If you want to have fun, be prepared to spend more money.*

This horrible attitude towards microtransactions continues throughout the game, one of the worst examples of it is in the Neighbourhood (the games social space.) Here there is an actual casino. You spend VC (Virtual Currency) to bet on games of skill and luck. There are even ATM machines in the casino that allow you to buy more VC with real money. It is downright gross and in an era where gambling is a huge problem, it seems particularly tone-deaf and tasteless. The whole structure is putting me off the game and having me look at alternatives like NBA Live, something I never thought I would say considering I have played every NBA 2K title since 2012.

That NBA 2k has me conflicted should be clear. I still love the gameplay dearly, it is best in class without question, but other elements of the game seem so designed to drag extra money out of me I am finding it hard to enjoy my time. Barring a massive rethink from 2K in regards to their microtransaction focus, I think NBA 2k19 is the last NBA 2k game I will be excited for. It is clear the developers only see its consumers as a walking pile of cash so why would I willingly subscribe to that philosophy.