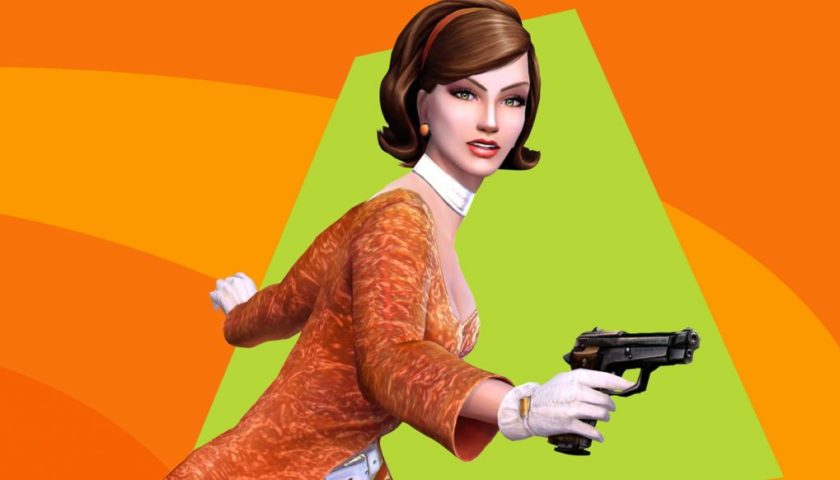 A couple of days ago, after a conversation on Twitter, I got thinking about those games that I would like to play through one more time but due to age, that proposition is not worth the effort. These are games that I loved for whatever reason, games that left a mark on me, but now find it hard to play due to them being no longer available or have issues running on modern PCs. So with that in mind, I thought I would write a quick list of titles I would love to see get the remaster treatment, just so I can play them once more in all their glory. Self-indulgent? Sure, but hey it is Sunday so if I can’t indulge on a Sunday, when can I?

This one has already had a re-release on the Xbox 360 and PS3, but it is getting harder to find a copy. Add to that, the PC version was abysmal, one of the worst console ports from an era of terrible console ports. Broken controls, poor controller support and graphical problems rearing their head every time you turn it on. All of this is a giant shame because I don’t think there has ever been a more unique FPS unleashed on the planet.

Stranger’s Wrath tells the tale of a Bounty Hunter in Oddworld, only referred to as The Stranger. He is hunting down baddies and sending them to jail to raise money for a surgical operation, one I won’t spoil. But the big catch here is he hates guns. Instead, he uses a crossbow that can be loaded with two different types of live ammo. This ammo ranges from furballs of death that lay in waiting for passing goons to walk by, chipmunks that act as a lure by hurling insults at nearby punks and spiders that lasso enemies leaving them tied up and ready to hand into the authorities. The game also featured some great platforming and in an inspired design choice, the perspective would switch to third person when navigating these areas. Sadly I never finished the title and it has been nagging at me ever since I lost it (but not enough to put up with the dodgy PC version) so I would love to see it get a spit shine and re-release, the world needs more weird games and this one is about as weird as they come.

Knights of the Old Republic

This one is still fairly easy to play in this day and age thanks in large part to its status as a true classic. It has a healthy modding scene on the PC and it is now playable on the Xbox One thanks to backwards compatibility. But surely I am not the only one that wants an all-singing, all-dancing graphical update for this masterful RPG?

But this wouldn’t be a small task, the graphical updates alone would require some serious work and getting it all to gel together is no mean feat. Throw in the fact that pause/play combat systems hold limited appeal this days and developers are beginning to run into problems. The way I see it working is the developers, be it Bioware or another studio brought in to do the upgrade, would need to add an extra combat mode. A real-time system ala Jade Empire or Mass Effect to appeal to modern sensibilities. Of course for purists, the ability to play with the original system would be available. It would be the perfect way to celebrate one of the best non-movie Star Wars stories ever and introduce the likes of Revan and Malak to a whole new generation of gamers.

F.E.A.R is one of the first games I ever played that had the ability to sincerely make me jump out of my seat. The tale of supernatural crazy kid Alma and her progeny was one that had me invested from the get-go and sent shivers down my spine seemingly every few minutes. It was a masterclass in tension all wrapped up in a very competent FPS shell.

The problem these days, however, is it struggles a bit with modern operating systems, making it fiddly to get running. Add to that the graphics aren’t exactly top-notch any more and it is easy to see why the idea of reinstalling F.E.A.R isn’t too appealing. That would change in an instant if a proper HD re-release was to occur. The gameplay would easily stand the test of time, so this could be a simple graphical boost along with a few tweaks to make it run well on 64bit systems and modern consoles. I actually think the only reason this hasn’t happened already is due to some supposedly complicated copyright issues, making it hard for any one company to get this one started. Still, I live in hope because I think there is a huge hole in the market right now for this sort of game.

No One Lives Forever

Another cracking cult FPS title that seemingly disappeared from our radars, NOLF was an engrossing spy tale filled with stealth action that had never been seen before and frankly it hasn’t been seen since. Taking all the best bits from 60’s spy films NOLF saw players in the role of Cate Archer (no relation to another Spy named Archer) taking on evil organisations with funky gadgets and an even funkier wardrobe.

Getting NOLF (or its just as good sequel) running on a modern PC is a pain in the backside. Conflicts, clashes and crashes abound, so it is a prime candidate for a true remake. The added bonus of a remake is that it could be released on consoles as well, which would make up for the game’s only previous console appearance in the form of a dodgy PS2 version that lacked a lot of what made the PC version so great. NOLF is a game that does some wonderful things in wonderful ways and I feel it would reach a whole new level of love in the hearts of gamers should it get a much-deserved HD remake.

So there you have it, just a few classic titles I would love to see get a modern redo, enabling me to go back and experience their timeless tales and every young mechanics one more time. What games would you like to see get the full redo? Sound off below!