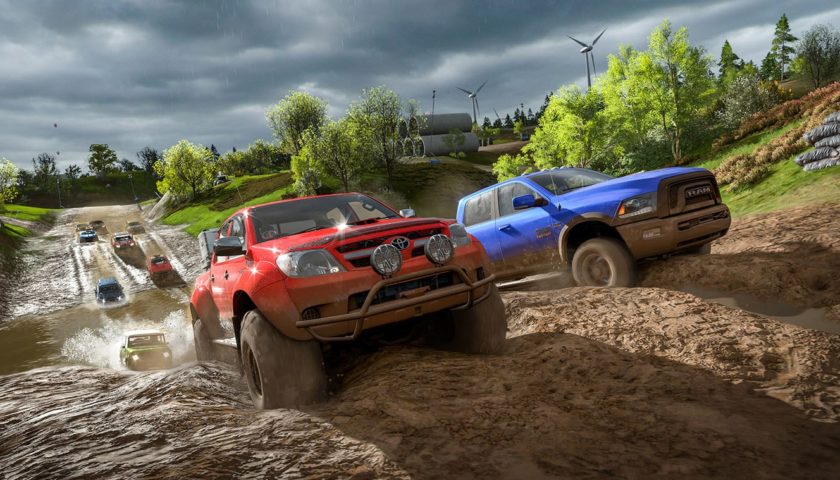 It is that time of year, time to pick those titles that deserve special mention. It is time to highlight those games that grabbed us, disappointed us and surprised us. Welcome to the Player 2 End of Year Awards. It is now time for the big one, the AAA title of the year.

This has been a pretty great year for AAA games but I have to go with Pokemon Let’s Go, specifically Eevee, obviously. I’m not sure if it’s because I openly wept during one of the first cutscenes when Eevee busts out of the ball to greet you or if it’s just that I’m still happily playing it long after review. The Let’s Go games are just a really nice blend of core and casual Pokemon mechanics that pull the series a bit further into the future. Also, you get an Eevee as a starter. Did I mention Eevee?

2018’s Game of the Year, and simultaneously one of the best reinvigoration stories you’ll hear in this industry as well. God of War takes what was becoming (and for some, was already) a tiring method of gameplay and storytelling and revitalises it in the best possible way. To call God of War a masterpiece would be selling it short somewhat, God of War is a masterclass, and a leading example to show the world, the non-gaming members of the community what this medium is truly capable of. The one-shot camera execution is sublime, the action heart-stopping and the storytelling powerful and thought-provoking. God of War has reinvented the franchise and taken it to heights that Kratos never reached even in his climb up Olympus.

The hype around God of War inspired me to invest in a 4K TV and a PS4 Pro, so I’ll remember my grand Nordic quest as being my first 4K and HDR gaming experience. And gee, what an absolute spectacle it was!

Aside from the brutally satisfying combat, God of War’s incredible setting and intimate focus on characters made for one of 2018’s most memorable adventure in games. The in-game depiction of the Bifröst is downright gorgeous.

I also thoroughly enjoyed the discussion surrounding several of God of War’s plot points, including arguments exploring the motivations of the main characters and how their actions were or weren’t justified. As mentioned by some members of the games press, I also agree that while an incredible game, God of War following the modern trend of introducing RPG-lite elements to gate progress and arbitrarily increase difficulty is tiresome. Constantly having to change, upgrade and craft new gear detracted from the otherwise brilliant game and world design.

What’s great about this is that as much as God of War represents the pinnacle of game design in 2018, there’s still plenty of room for improvement in 2019!

Well, as much as I loved God of War (and I did love it) I am happily done with that game. Finished and put to bed. Forza Horizon 4 however, is a game I don’t think I will ever be truly done with. Playground has created what to me is the perfect open-world racer. It caters to every type of fan out there, regardless of their racing preferences. From tuners to rev-heads, from street racers to off-road rampagers. Forza Horizon 4 has it all. Through in a wonderfully satisfying progression system and the game-changing weather dynamic and this is a game that will stay in my regular playlist until it is somehow (and I don’t know how) toppled by Forza Horizon 5. I never thought a racing game would be my game of the year. I was wrong, Forza Horizon 4 is not only my favourite game of the year, but it is also one of my favourite games of all time.

Easily the most gripping title of 2018, I burned through God of War in under a week and was left hungry for more. Unlike many other games in the Triple-A space that overburden themselves with lacklustre padding, God of War is one of the leanest big budget titles I’ve played in recent memory. Like most people in their 30’s with a full-time job, family and various other commitments I find it hard to dedicate a lot of my time to gaming – God of War didn’t have time for my excuses, coaxing late nights and early rises out of me just so I could spend more time in the world created by Santa Monica Studio. Going from flat-out disinterest to becoming my favourite Triple-A game of 2018 took God of War less than two weeks to accomplish – I would be disingenuous if I gave this position to any other title.

God of War. Hands down. Fight me. This series has always been one I liked, and it began with my love of Greek and Norse mythology. Nothing piques my interest quite like all powerful Greek gods, and watching them get hacked and slashed to pieces was something that both turned my stomach and intrigued me. This year’s iteration of the game, however, offered more than senseless and glorious gore; it was a chance to humanise Kratos, soften him a little… and then beat valkyrie’s to death with your son. I mean… come on. Do I need to keep going?