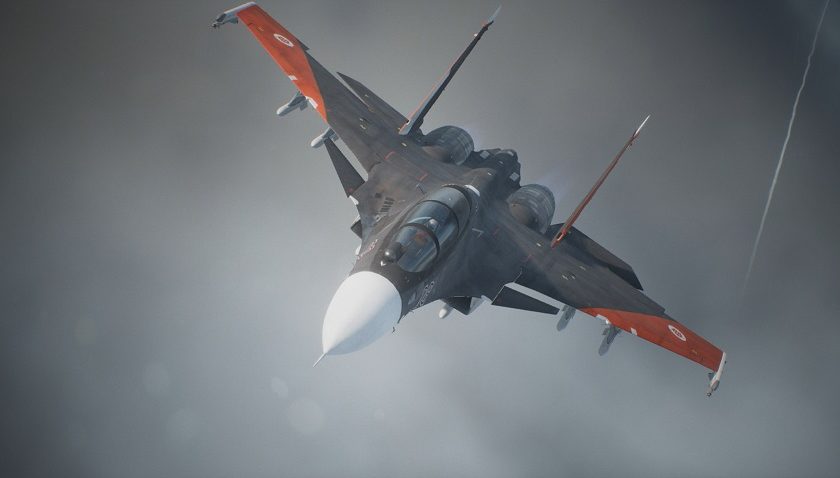 *Note this review is for the Single Player portion only. Multiplayer is something we will look out once the game is live and the servers are populated.

The days of flight games seem to be fading. Back in the day, a new flight game used to come out every few months. From Microsoft Flight to X-wing vs Tie Fighter, there was always plenty of options for those wanting to take to the skies or space. Sadly though, those days seem to be long gone. The serious flight sims, the space combat, the dogfighting classics are all getting rarer and rarer. But even during this lean time, there has been one franchise that has hung around. It isn’t the most technical or accurate franchise in the genre, but it is perhaps the most entertaining. That franchise is Ace Combat and it is back for a 7th (technically 8th) tour of duty.

For those that don’t know, the Ace Combat series is a flight game that sees players take to the skies in real fighter planes but on a fictional planet. It leans heavily towards arcade gameplay as opposed to realism and it has a story that will make you cringe more than once. All of this holds true for Ace Combat 7, but don’t let that hold you back, in my mind this title finally perfects the formula and creates the most consistently exciting game in the franchise to date.

Playing Ace Combat 7 is a joy, the rush of dogfighting never gets old and the game knows it. The generous campaign mode gleefully mixes this amazing rush in with its mission objects to ensure that players are always hanging on to the edge of their seats, always fighting against the elements, always on the precipice of both victory and defeat. Is it realistic? No, not in the slightest but I’ll be damned if it isn’t a hell of a lot of fun. The Campaign mode does a wonderful job of keeping things fresh too. It is always a worry in a game like this if there is going to be enough variety to hold interest for the whole game, but I am pleased to say there are some wonderful missions that kept me on my toes for the entirety of the campaign. Bombing runs, missions targeting key points on buildings, straight up dog fights, stealth missions through enemy radar patterns and even one mission that had me holding my breath as I navigated an extremely tight gully while avoiding enemy spotlights. This is a well put together set of challenges that is for sure.

The story isn’t quite as exciting. In fact, it is cheesier than a 4 cheese pizza with a side of cheesy garlic bread. That said, it is still entertaining enough to want to find out what is happening and see it play out right up to the final credits. The cheese factor isn’t helped by some woeful English voice acting. Think every bad JRPG voice over and you have a pretty good idea of what it sounds like. There is dodgy Martin Sheen impersonator, cute but boring princess, braggart guy and tough chick, all sounding just as generic as I described them. Thankfully you can go with the original Japanese voiceover and use subtitles. It is certainly a less cringy way of going through the story.

The controls are tight, as they need to be in a title such as this. There are two ways to play the game, the first is mode is an easier way to get into things with steering achieved in a traditional 3rd person manner. The second mode is a more accurate way of guiding a plane and is the same as previous Ace Combat titles, using the thumbstick to change the pitch and rotation of the plane to guide it. It is a little harder to get the hang of, especially if you haven’t played many flight games before, but I strongly suggest going with the second method. It allows for much more accurate dogfighting and manoeuvrability and will stand you in good stead for the tough later missions.

One of the coolest parts of the game as a whole is the huge list of planes that can be flown, all of which can be unlocked by playing both single and multiplayer modes. There is a whole upgrade path to follow, which is unlocked by spending the points earned every time you play, no matter the mode. This path also includes different parts for your planes, which can be mixed and matched based on the upcoming mission, thus altering the bonus they deliver. It is a nice way to add that personal touch to the game, giving a greater sense of ownership over your chosen bird of prey.

Perhaps one of the biggest drawcards for the Playstation version of the game is the VR mode and let me tell you it is fabulous. The feeling of dogfighting in VR feels like one of the real reasons for VR to even exist. It is awe inspiring, bringing a huge smile to my face…right up until the urge to vomit kicked in. I am usually pretty good with VR stuff but boy oh boy is this one a stomach churner. You really can’t miss playing the VR mode as it is fantastic but please, for the sake of your carpet, keep it to small periods of play. Ace Combat 7 also supports full pro flight sticks for both the VR and normal modes, so if you are one of those folks that has a joystick setup bigger than most cars, you are in luck.

I guess what it comes down to with Ace Combat 7 is what you are after in your flight games. If you want to tweak dials, adjust for wind resistance and make the perfect landing, this isn’t the game for you. If, however you want to take on an entire army while dodging lightning bolts, shooting missiles and doing barrel rolls then you should head to the store and slap your hard-earned cash down right now. Ace Combat 7 is brash, arcadey, more than a little cheesy and a whole lot of fun.