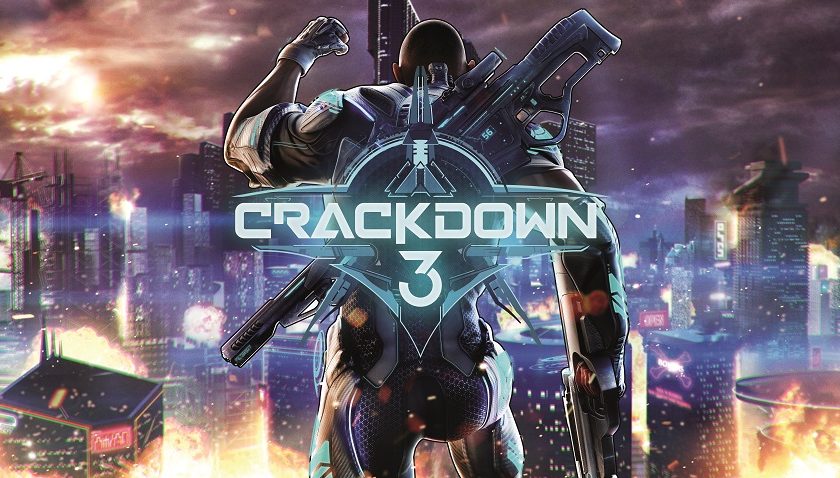 The long, surprising and sometimes sad tale of Crackdown 3’s development has been told more than once but the end is almost here for what must be a group of relieved developers. The very public development period, which included multiple delays, has left a feeling of general apathy towards Crackdown 3 among the gaming public. Which is a shame because based on what I played at a recent preview event, it deserves a bit more than that. In fact, after playing, I quietly confident it will be a rollicking good time, especially for fans of the first title (the less said about Crackdown 2, the better.)

I was given the option of three different save files to play with. One at the start of the game, one after the tutorial with an open-world at my fingertips and one with a higher powered agent ready to do battle with a boss. I chose the second option, wanting to see how progression worked in the game. Crackdown 1 players will feel right at home here, with all the hallmarks of the series making their return. Player progression is once again handled with an orb system. There is a range of different skills that are improved simply by using them. Want to get better accuracy and a greater range with firearms? Shoot more baddies. Want to improve your driving skills? Drive at high speeds or make daring maneuvers. Want to be able to lift cars and toss street lights? Work those muscles by pounding on street goons. Every activity you engage in helps improve that particular ability. The only exception is the famous agility orbs, which are still my video game crack and I have to collect them all, not to just improve my speed and jump height, but because I must have them, every single one. It is simple and elegant and honestly, I am surprised more games don’t use it.

The big difference I observed here is the noticeable improvement each time an ability is levelled up. In Crackdown 1 the differences were, in the scheme of things, minor. You could jump higher, shoot a little better etc. But in Crackdown 3 the improvements are much more extreme. Not only are there significant improvements to things like speed and accuracy but new abilities are unlocked as well. It makes the level up process much more satisfying, well in the short time I played it anyway.

The structure of the game also seems very familiar, with a similar setup to the first title. You play as an Agent looking to fix a city full of three different gangs. The main difference here is that unlike the first title, the gangs aren’t in different areas of the city, but all mixed in together. It makes for a much more varied approach as each gang has different baddies to tackle and objectives to meet. The drug peddlers use poison attacks, the tech heads have robots and drones at their disposal and final gang seems to just rely on brute force. Each of these gangs holds different buildings throughout the city and it was my job to take them down in a variety of ways. There was nothing really new here, this is all stuff we have seen before, but it was implemented well and from my time, it was enjoyable to take part in.

What was exciting for me was the presentation aspects. I adore the cell shade look that Crackdown 3 has. It is perfectly suited to the subject matter and is a breath of fresh air in a world where realistic graphics are the focus. It is nice for something to go for a “cool” aesthetic as opposed to something that is trying to replicate real-life. The voice work is also top-notch, with the original Agency Commander and his gravelly tones returning once again to guide you around the city. He was joined by a host of other voices, for which I had no context for because I purposefully avoided story content, but they all fit the world perfectly. Oh, and there is also Terry Crews. Terry is front and centre, being the Agency’s PR man, so you will hear Terry sprouting things only Terry can say while still sounding cool. Honestly I love it, but obviously, your own tolerance of the man himself will decide how much you enjoy his addition.

I have a feeling that Crackdown 3’s single player is not going to change the world. I can’t say for sure, not having played any story missions, but I think that this is a game we have all played before. In saying that though I think that it is going to be a very well polished and enjoyable version of that game. There is nothing wrong with that, not every game has to be a major innovator, it just has to entertain and I think there is a good chance that Crackdown 3 will do just that. There is the worry of repetition in the final product, which is my one major concern, but as long as the main missions mix things up a bit it should be a good bit of fun.

Speaking of innovations, stay tuned tomorrow for my hands-on preview with the multiplayer mode, in which things get super exciting.