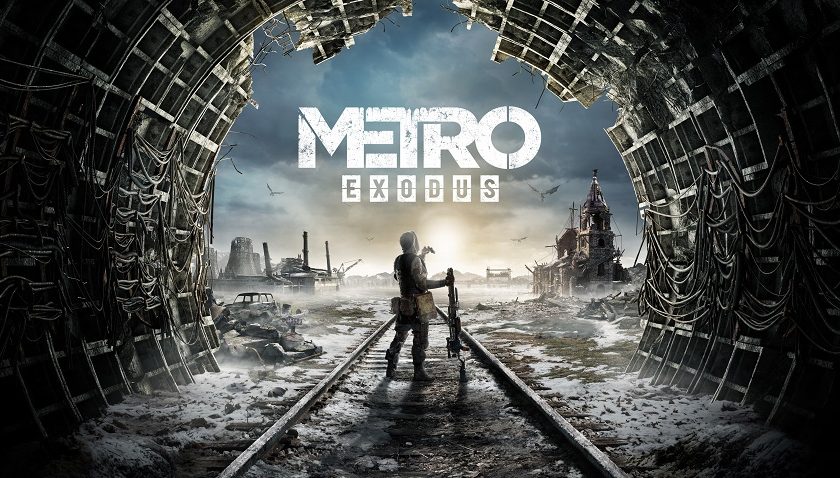 Metro Exodus – An Apocalypse Worth Exploring

It has been nearly two days since I finished Metro Exodus. I have been sitting on this review, absorbing what I just experienced, trying in vain to think of the perfect way to bring my thoughts together. You see Metro Exodus is not an easy game to describe or even criticize. Partially because it does so many things so well, partially because it does a few things poorly, but mainly because we just don’t see games of this ilk anymore. Metro Exodus is, in my mind at least, the first must-play game in the franchise, a high-water mark for environmental storytelling and a game that accomplishes the rare feat of keeping the player uncomfortably focused for the entirety of its length. In short, Metro Exodus is amazing.

For those new to the series, the Metro games are based on a collection of novels by Dmitry Glukhovsky that tell the tale of Artyom, a survivor of nuclear war that has been living with other survivors in the ruins of Moscow’s Metro train system. The third game, however, breaks that trend by bringing the action to the surface, out into a post-war Russia. Why this happens is a story beat that I won’t spoil for fans of the series and while there are still plenty of claustrophobic tunnel explorations to be had, a good portion of time is now spent above ground, saving and battling the remnants of the Russian population who have managed to eke out a living in this irradiated hell. ‎For those worried that these open areas will ruin the feeling of the Metro franchise fear not. Even though these parts of the game are open in design, something akin to the open world sections in the recent Uncharted games, the game maintains the anxiety and sense of dread the franchise has become known for. To top it all off, just when you are feeling confident you are prepared to take on what the world is sending your way, the game progresses into a new, linear area that raises the heart-rate once again.

This structure is honestly a stroke of genius. In the previous titles, getting through the game has been a challenge just because the entire title is so dark, so depressing that staying in the world is a challenge to your state of mind. With the open areas in Exodus, that feeling is lifted, even though the bleakness remains. It is like a breath of fresh air before diving back into the dark, mutated hell the series has always presented so well. The open areas allow for some exploration, some more cathartic missions like capturing an enemy base and in general give the player time to reset before the depressing, yet enthralling narrative kicks back in.

Speaking of narrative, know that the story is wonderful, so wonderful in fact I am hesitant to speak of it for fear of spoiling it, just know it is well worth the price of entry. What I will talk about is the environmental storytelling. The game gives an absolute masterclass in this area. Exodus never hands you what has happened in post-war Russia in any conversation or exposition, it needs to be discovered through subtle clues, leftover text and the occasional tape recording. Perhaps the best example of this is one section you happen upon an old boarding school. With a bit of exploration, you discover that this was the location that army personnel sent their children when war broke out, in much the same way English officers sent their children to the country during WW2. A little further digging and you discover the groups of tribal people that have been attacking you are those very children. Having grown up without their parents they only had their teacher as a role model who also died when they were quite young. This has led to a very insular and protective community that defends what is has fiercely but is still quite childlike in their ways. All of this information is delivered through snatches of overheard conversation, letters written to parents that were never sent and discoveries made lying around the dilapidated schoolyard. None of this information is told to the player directly, the game trusts that you will discover it for yourself.

The game actually trusts you can do a lot of things for yourself. There is no handholding here. The world is brutal and the game’s difficulty matches that. Approaching each situation with care and thought are the keys to survival and rushing in is a sure-fire way to end up dead. At the same time, the game forces you into situations where you are forced to think and react quickly, keeping you on your toes. One particularly satisfying combat section involving a group of cannibals comes to mind. It came at a time where I had spent the last few hours being sneaky, so it was a shock to the system to be forced into open combat, a welcome change of pace, but a shock all the same. The combat and stealth mechanics, while similar to what was seen in the first two titles, have been significantly improved. In previous titles, these elements have been serviceable but hardly a strong point, now they have been refined into a much more entertaining mechanic while still maintaining the homemade feel of the weapons and the shadowy, spooky nature of the enclosed areas. The use of gas masks, pump-powered lighting and portable repairs are once again present, and they are implemented wonderfully. They add tension and weight to this world that values survival so highly and allow players to truly feel what it must be like in this extreme, yet with the current political climate, not entirely unthinkable situation.

Graphically the game is wonderful, with the world of post-nuclear Russia rendered beautifully. Everything looks crisp and highly detailed. There is beauty in this desolate world as well and it is the presence of that beauty that ties into the goals of the protagonist, adding weight to his desire to reach his end goal. For those of you with an RTX card in your PCs you are in for an even greater treat with the lighting, an important part of the game, being handled by the ray-tracing technology. Trust me when I say it is still possible to be wowed by graphics. On the sound front, things are a little bit mixed. The ambient noise and sounds effects are world class, adding atmosphere to an already tense game with every footstep. Playing this game with a good set of headphones is a must if you want to immerse yourself in the title. The voice acting however is a little bit of a mixed bag. I don’t know if it is the Russian accents or just poor voice-over work but everything seems a little bit over-the-top. It is a forgivable sin for sure, but it is noticeable. The final issue that some might have is a legacy of the previous titles. Artyom is a silent protagonist, which sometimes makes conversations feel out of place. It didn’t bother me too much and the game even pokes a little fun at it, but some may find it breaks the immersion.

I guess the only other real problem with the game is with one particular enemy. The game’s penchant for letting players discover how to go about things is, for 99% of the time, a wonderful positive. But in one particular rage-inducing moment, it makes things unbelievable frustrating. I am still not sure how I actually got through this battle, but I did and I was more than happy to see the end of it. It is the one serious misstep in the game, but thankfully the section after that battle is the strongest of the game so it is almost immediately forgotten.

As I finished the game and watched events play out I was left breathless. The final level was the perfect way to finish the title and it left me gutted, drained and emotional. It may have been because I was tired and had a long day, but I am not afraid to say the game left me with a tear or two at the end, a tear of both sadness and of joy. But most of all I was sad because the game was over, my time with Artyom had come to an end. Metro Exodus is by no means a perfect game, but it is a game like no other and one that should be on the radar of just about every gamer out there. Like its predecessors it is dark, depressing and engaging, a game where you never feel comfortable. But unlike its predecessors, this feels like a complete package, not a promising game let down by technical issues. This is the best Metro has ever been and is one of the best FPS adventures that money can buy. Do not miss it.