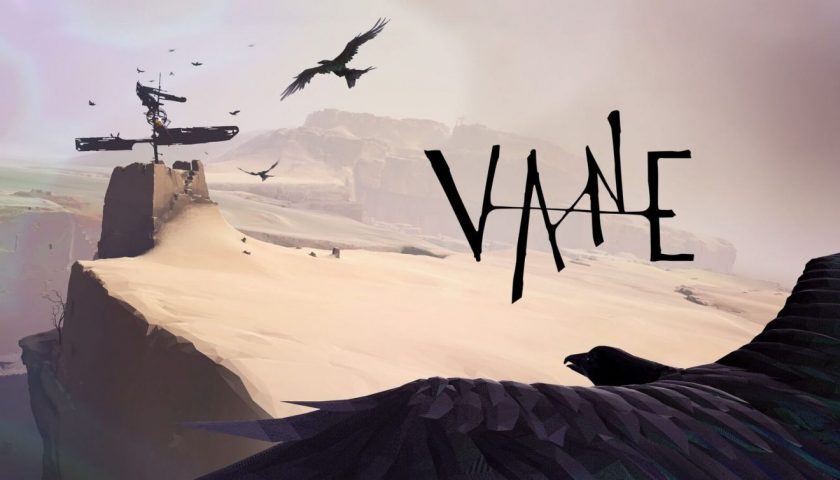 The journey of Vane is fairly well documented at this point. Bursting onto the scene about 5 years ago courtesy of some leaked gifs, the hunger levels throughout the community for this particular title, were high because of several ties that connected it to the then hotly anticipated Team ICO game, ‘The Last Guardian’, from developers to its tone and presentation. The big difference between Vane and The Last Guardian, however, was the development time, Vane had barely begun, but expectations were already sky high, so the silence that followed the game through the next few years left fans debating the fate of the game. It would resurface from time to time, and the developers at Friend & Foe would proclaim that a release was imminent but those dates never eventuated… until now. Vane has finally arrived, but by looking to join an illustrious company that includes Journey, Playdead’s work in Limbo or Inside and of course Team ICO’s past titles, can it soar at the same altitude?

We’ve seen a number of titles (such as the aforementioned Journey) drop players into a world, allowing them to poke around and discover their own path. This same design philosophy underpins much of the Vane experience, and it’s one that dictates player progression as well as the flow of the narrative, but the execution in the case of Vane is simply not as polished. The game begins in striking fashion before you’re soon assuming the role of a beautiful blackbird, but not any old bird, one that can transform into a human, and back, as circumstances dictate. From that point, you’re taking flight and making your own story, one that is largely of your own volition, but the absolute freedom you’re given comes at a significant cost.

What Journey does so well is give you the illusion of choice, and make you feel like you’re forging your own path but in reality you’re making the trek exactly as intended; where Friend & Foe made their first mistake was when they designed a far too large world with not nearly enough in it leaving the player regularly confused as to what they should be doing, and why they should be doing it. With there being too much choice, and a great deal of ambiguity surrounding what each region required, I often found myself aimlessly flying in the hopes that I might stumble onto the next key environmental puzzle. It wasn’t satisfying and has the potential to test the patience of players quite quickly. Even the puzzles themselves are far too abstract, resulting in even more fumbling around until you happen upon the solution. Friend & Foe has ensured that Vane does not hold your hand whilst playing, and it is unfortunately to the detriment of the playing experience. This even extends to the game’s narrative which at a stretch I think had something to do with collaboration and teamwork, but I couldn’t really be sure.

Mechanically, Vane is something of a mixed bag. Taking flight and soaring through the skies is just short of exhilarating, with the game providing ample opportunities for players to plunge down towards the surface before changing trajectory and launching high into the skies. Navigation is easy, while the turning circle for the bird feels spot on. On several occasions I caught myself taking off in a particular direction without an intended destination, just so that I could feel the wind through my wings, but coming to a stop was a whole other story. Many of the puzzles in Vane require you to land on a particular surface before interacting with it, but the target landing zone is so small that you’ll frequently overshoot the mark or drop short, simply because it’s too hard to judge – this is yet another scenario where the game should have held your hand more than it ultimately does.

Other problems hampering the game stem from several different bugs. Some of those will see you getting stuck in the environment, be unable to find a key environmental object because it’s mysteriously disappeared, and others break the game completely, forcing you to reboot your device (if it doesn’t do it for you). The game’s camera also wreaks some havoc; as you soar through the skies, the camera will sometimes choose to zoom right in to give you an even more cinematic look at the landscape before you; the only problem is that it has a tendency to get stuck there, meaning that when you’re in a more cramped space, navigation suddenly becomes infinitely more difficult.

For as beautiful as Vane looks and sounds, and for as exhilarating as the flight can sometimes be, there are so many barriers to your enjoyment of this title. Friend & Foe have poured so much into the experience but have forgotten the fact that we also need to interact with it, and that’s the aspect that brings the title back to ground. There’s a nugget of something to be found here, but it’s so obscured behind a thick layer of inaccessibility that it’s hard to recommend, even for fans of the sub-genre.