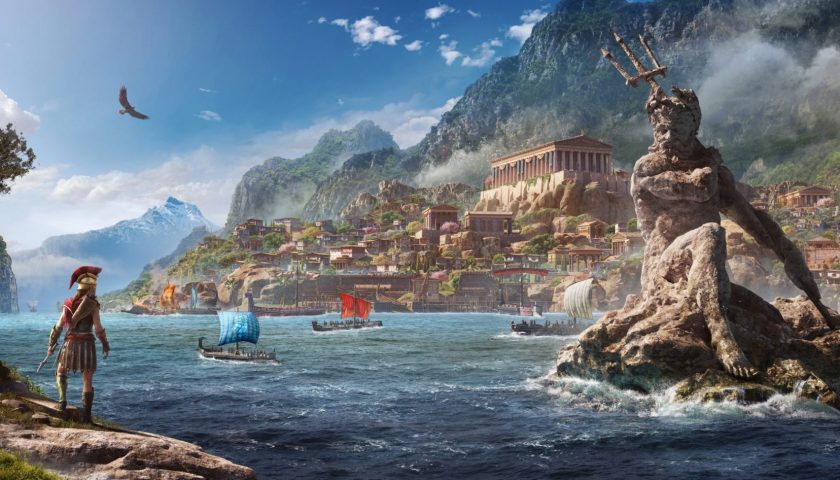 Missions with Meaning – Finding Purpose in the Grind

So after 70 odd hours, I have finally put down Assassin’s Creed Odyssey. I adored it. If AC: Origins was the start of a new direction for the franchise, Odyssey was the perfection of that path. I fell in love with Kassandra (why would you play as her neanderthal looking bro?) Her attitude, her approach, her personality was written perfectly and along with the wonderful voice acting she become one my favourite game characters in recent times. The rest of the game was top notch too. The story directly appealed to my inner David Gemmell fan, the combat was easy to grasp, yet satisfyingly deep and the world of ancient Greece was put together beautifully. But perhaps the thing that impressed me the most out of all the game’s many achievements was the fact that almost every action had purpose, every mission had meaning and I must say in a game as large as this, that is quite an achievement.

The thing is, I didn’t really notice how much it affected my enjoyment until I picked up the next game that I was planning to sink my teeth into. That game was Far Cry: New Dawn (another Ubisoft title funnily enough). Now I have always been a fan of the Far Cry franchise, I even think I was the only person that really enjoyed the ending of Far Cry 5. So I was quite looking forward to diving into the latest instalment, hunting some wildlife and saving some hillbillies. But I found diving into the game difficult. You see, I never had really noticed just how much busy work is in the Far Cry franchise. I mean, I knew it was there, but it never seemed out of place before. It was just part of the experience. However, making the jump from Odyssey, where even small missions had a story or gameplay payoff into New Dawn where I seem to be collecting things because they are there to be collected, is jarring, to say the least.

Really in this day and age, I feel like this is the key difference between an average-to-good game and an amazing one. There are so many wonderful open-worlds to explore, from Medeci in Just Cause 3 to Bolivia in Ghost Recon: Wildlands. There are fantasy worlds, post-apocalyptic worlds, real-life cities, even outer space. Almost all of them look fantastic, impress with their detail and are enjoyable places to simply explore. But what really makes an open world game memorable is how the game uses that world, how it weaves the space into the narrative and mission structure. Then the world goes from being a simple playground into a living environment that players want to get lost in, not just explore.

I’ll bet, if you have read this far, there is one game that is in the forefront of your mind. So I am going to mention it. The Witcher 3. If there is a better example of what I am talking about I am yet to play it. In fact, I think it is fair to say that The Witcher 3 has changed what it means to have a living, breathing, meaningful world in a game. Just mention the Bloody Baron and anyone who has played the game instantly reacts. But the thing is, to complete that quest you did things players had been doing in games for years. You went to point A, looked for an object, killed some baddies, returned to base, went to point b, discovered a truth, killed some baddies, returned home. Questing 101 right? But what made that quest so impactful was how the story intertwined with the gameplay. There were repercussions and consequences to your actions, your choices had an impact in the world, changing it in ways that would remain consistent for your remaining time spent with Geralt. For the rest of the game, every time you visited that area of the world you were reminded of your actions and what became as a result. The Witcher 3 changed the way we look at story, at purpose, in an open world and nothing has even come close since.

Assassin’s Creed Odyssey certainly doesn’t reach that same level, but it tries and as a result that puts it above so many other open-world titles. The story missions all have an impact, all guide the player towards an often surprising goal. The side missions provide insight into the world, dishing out background information on this fascinating period of history. Even things like bounties, which should be just straight forward experience gathering offer surprises and challenges that are worth completing. Compare that to the capture outpost, find stuff, kill the same baddies loop of Far Cry: New Dawn and it is easy to see why I am bouncing off it.

Now I am not saying New Dawn is a bad game, not in the slightest. I merely want to point out that it could have been more. I long for the day that an FPS action game like Far Cry treat its world and story with the same care, the same finesse that games like Odyssey and The Witcher do. Just because there is a big open world to get lost in, doesn’t mean it needs to be filled with meaningless activities. Artificially padding out gameplay this way is not serving your customers, it is actually detracting from otherwise great games. a 60-hour experience with 40 hours of gameplay that has no relevance to the story or world simply means the game is a 20-hour game that goes for 40 hours too long. The sheer amount of content is not something that should be spoken of with pride or put on the back of the box. What developers, critics and gamers should be focused on is the amount of meaningful content. This is what separates the champions from the contenders, the good from the great. Meaningful content not only creates memorable experiences, but it showcases the best of our favourite pastime, the mix of interactive and narrative that no other medium can achieve. I am sure this is easier said than done and that it might simply, in many cases, be too hard to achieve. But it should be a goal for developers everywhere because bringing purpose to the grind is one of the best ways to take open-world gaming to the next level and let’s be honest, who doesn’t want to see that?