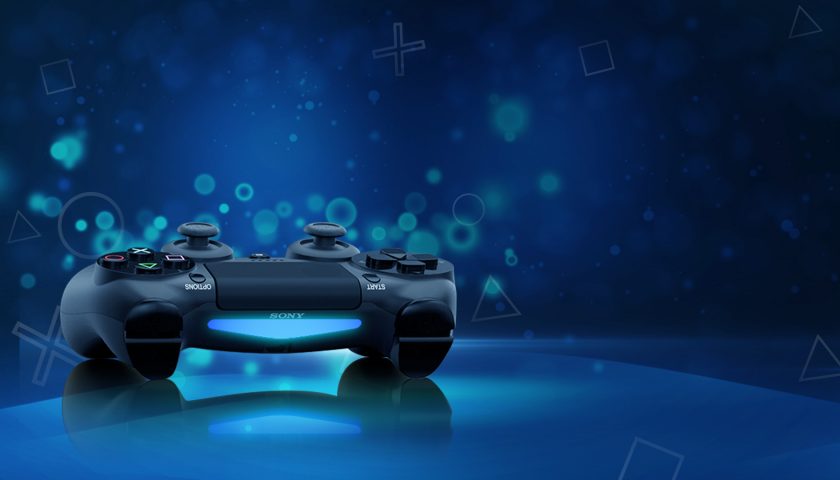 This morning PlayStation hosted its first ever entry of State of Play. A pre-canned show that, similar to Nintendo’s Direct presentations aimed to shed some light on a whole bunch of upcoming PlayStation titles. Paul joined in the action live and has shared his thoughts on all the announcements in this latest P2 Versus piece.

Iron-Man VR – I was in shock when only moments into the presentation it dawned on me that I was looking at something Iron-Man related. It’s quite interesting to me that Camoflaj is the team working on it, a VR Iron-Man game is a far cry from their work on Republique but they’ve proven that they’re a talented studio. I’ll be curious to see if it works out. It is a Marvel endorsed title, so hopefully, that stands for something when it releases sometime in 2019.

Crash Team Racing – Look, I’m as keen as everyone else when it comes to CTR’s grand return. I’m not sure if they’d previously outlined the fact that the retro graphics (for characters only it seems) was going to be a feature in the final product, but i’m glad it’s coming. Just give it to me already, I’m in need of a new (old?) karting game.

No Man’s Sky Beyond – Since the beginning of time, people have been asking Hello Games when they would be adding VR support to No Man’s Sky, and as it turns out, with the release of No Man’s Sky Beyond in Winter, that we’ll finally be getting that. This might actually make me dust off my copy and give it another go!

ReadySet Heroes – Developed in collaboration between WWS and Robot Entertainment, ReadySet Heroes instantly caught my eye because of it’s visual aesthetic, but then as more was outlined my intrigue only continued to grow. It’s a Multiplayer Dungeon Crawler where you can play co-op or competitively but also against another team. Both teams are completing the same run but the team that gets to the end fastest has a buff that will give them an advantage against the other team in the battle to the death that follows. A cool concept that I’d like to learn more about.

Blood & Truth –  I’ve been waiting on Blood & Truth for quite some time now and was gutted at PAX where the particularly strong overhead lighting interfered with my demo session to try it out. It’s more of The London Heist, but that’s exactly what I need it to be. May 28 can’t come soon enough.

VR Sizzle Reel – There were a bunch of VR titles shown here, Mini-Mech Mayhem (June 18), Jupiter & Mars (April 22), Falcon Age (April 9), Trover Saves the Universe (May 31), Everybody’s Golf VR (May 21), Table of Tales (April 16), and Vacation Simulator (June 18). A few of them are on my to-buy list. Vacation Simulator promises to be a blast, like its predecessor, Falcon Age I’m incredibly excited for and shows a tonne of potential, Table of Tales is an interesting Aussie developed VR title while Trover Saves the Universe still does absolutely nothing to interest me. Falcon Age was the real star of this segment, watch it closely.

Observation – When I first watched the presentation I thought Observation was a VR title. It both looks and feels like one, but not-to-be. This Devolver Digital developed title is coming pretty soon, May 21 and i’m interested to learn more. The atmosphere of the game really spoke to me, so here’s hoping they can deliver across a full experience. I am the space station, I wonder what that can mean for the playing experience.

Concrete Genie – I’m adamant that PixelOpus, the developers of Concrete Genie, looked at what SuckerPunch did with inFAMOUS Second Son’s graffiti mechanic and decided to blow it wide open. The game is coming in Spring 2019 and looks to be full of heart. The facial animations looked a bit wonky at times but the world looks stunning and I’m incredibly excited to play it upon release. It’s crazy to think that this is the same team responsible for Entwined all those years ago

Days Gone – I waited in line for 2 hours at PAX to play Days Gone, so maybe I’m a bit biased but with every trailer that Sony Bend puts out for the game as we approach the April 26 release date, I feel more and more invested in the story of Deacon St John. This showcase was exactly what the game needed to spotlight it for more people, because I still worry that in some way or form that it’s going to get lost under the looming shadow of The Last of Us Part II. I really hope that it’s successful, Bend deserves the very best.

Mortal Kombat 11 – Closing out the show was Mortal Kombat 11. I’m not a fighting game guy for starters but I am a lover of 90’s humour, Mortal Kombat 11 really seemed to lean into that era with the style of its new trailer, but only stuck the landing with about 50% of its jokes. I wished I could’ve gotten more into it, but it tried to be edgy and failed in my eyes. As a fighting game though it will undoubtedly be awesome and with new fighters announced today, with more on the way before the April 23 release date, there’s plenty of reasons to be excited if you’re a fighting game aficionado.

State of Play #1 – Playstation didn’t really tell us what we were in for when they revealed State of Play, but I was thrilled that they adopted the Nintendo Direct approach rather than the Inside Xbox model. It was concise, told us everything we needed to know about some important titles, revealed some new ones and gave me some hope that Playstation hasn’t totally forgotten about the little guy as their big guns (the PS5 and their biggest AAA releases) gradually get closer. Kudos Playstation, it was a pretty damn good start. Now please just give us your take on the Nindie Showcases!