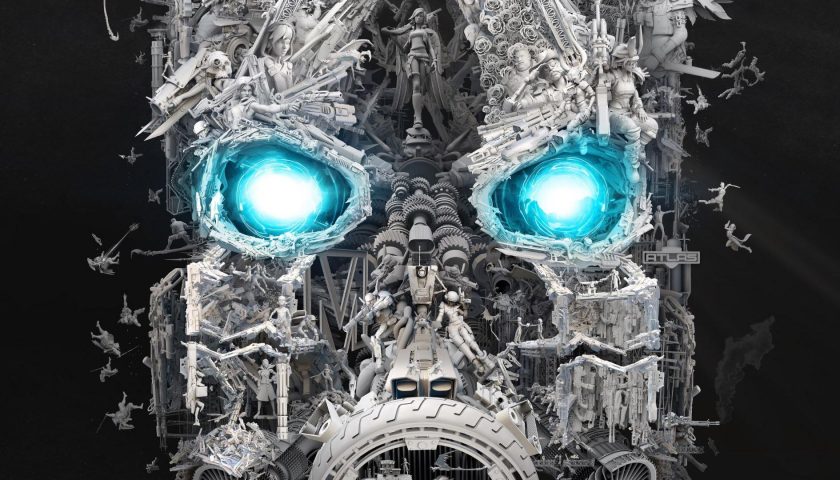 Borderlands 3 – The Questions That Need Answering

“FINALLY!” screamed millions of Borderlands fans all around the world last week when Gearbox pulled back the curtain on Borderlands 3, the long anticipated sequel to the 2012 hit, and first release since 2014’s Borderlands: The Pre-Sequel. It had been a long wait, and a lot of talk in the form of teases, GDC presentations and much more that fans had to endure before they finally got that which they had been craving. The debut itself was impressive, and while the live presentation was marred by technical issues the content itself stood strong. Guns with legs, new villains, returning favourites and much more could all be found within this debut but there are still several questions we need answered. I’ve got some questions that need answering though, and I hope that with our next Borderlands related showing (supposedly just days away) that some of these are clarified. Let’s dive into them

Though I thought it was quite obvious following the conclusion of Borderlands 2, the debut trailer for Borderlands 3 has now confirmed by suspicions – there will be multiple worlds (WORLDS… PLURAL!) in Borderlands 3. The Pre-Sequel did flirt with the idea of other locations courtesy of it being set primarily on the Moon, and the trailer showed off some vastly contrasting locales. Were some of these from outer worlds? Or were they, similar to aspects of Tales From The Borderlands, just parts of Pandora that we’ve been yet to explore?

One little addition. Keep the moon and it’s low-gravity to yourself. I don’t want/need to see any more of that mess.

The promise has been made. Billions of guns. Is that hyperbole? It’s all but certain, but to Gearbox’s credit, each Borderlands has boasted more and more outrageous killing machines, imbued with a variety of different elements that diversify your armoury even further. Introducing walking guns is certainly a way to change things up a bit, but what else is in store? I have to feel that if they’re teasing that concept now that there must be a few more tricks in store. Maybe possible answers to my next question might help answer this one too.

The stock standard fare of Explosive, Slag, Explosive, Shock and Incendiary weapons had carried us a fair way though Borderlands 1 and 2 but were nicely complemented by the addition of Cryo arms in The Pre-Sequel. The very first time we left Pandora and we found new elements that meant newly imbued arms, so now that Borderlands looks to be travelling even further out that Pandora’s own moon, I have to wonder what else can be found out there and what that can mean for our elemental arms.

It was said in The Pre-Sequel that Marcus was hoping to find a way to bring Cryo to Pandora. With this game being set 5 years after the conclusion of Borderlands 2 you’d have to think that he’s succeeded in that space… so what else has been cooked up in the same time.

We need more of them! The tried and true cast of four Vault Hunters is now a tired formula that is in need of some work. In recent entries it has only been when subsequent DLC comes out that we get the introduction of new playable classes, bolstering the line-up to perhaps six, but even that (at launch) is too small for Borderlands 3. We need more diversity, and more options. Don’t go full Battleborn on us, but if Gearbox even brought the figure to something near double digits, each with their own unique look and feel then they’ve created a really awesome foundation for the experience to come.

The world we live in now is very different to even when Borderlands: The Pre-Sequel launched. DLC and the way it is rolled out looks quite different to what it once did. The benefit Gearbox has here is that they were doing when it comes to downloadable expansions to the core experience was so much better than its peers then, and still holds up now. Should new playable characters be paid additions going forward? Probably not, but the remainder of the model is rock-solid and if Borderlands 3’s DLC plan looks anything even remotely like what we saw for Borderlands 2 then fans are in for a treat. When it comes to the DLC sphere, Gearbox needs to just keep true.

How long will it continue though? DLC runs have gotten longer in recent years thanks largely to the likes of Destiny, The Division and other similar titles. Can we expect Gearbox to continue to support Borderlands 3 with new DLC for several years to come? Especially when you consider that a new console generation is probably only 18 months away, and that will disrupt much of the momentum for it, and many other games. I hope you’re prepared Gearbox.

These have been just five of the things racing through my head following the debut of Borderlands 3, but there’s many more things that need to be discussed! Do you have some ideas? Please, sound off in the comments below and give us a shoutout on Twitter with some of your ideas!