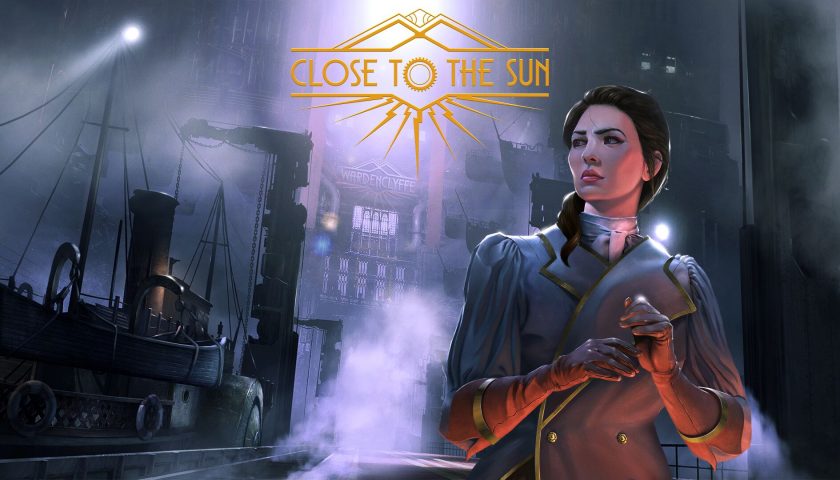 Close to the Sun – Tesla Terror

Before I sat down with Close to the Sun, all I had heard was comparative statements made between it and Bioshock. Every review I read and everything I saw drew parallels between the two- and it doesn’t take much to see why. But when you have to pull your whole game’s identity from another completely unrelated title- it made me sceptical about how good of a game it would actually be. Would Close to the Sun deliver anything outside of its gorgeous 19th Century aesthetic, or would it just be a good looking waste of my time?

Close to the Sun is a horror title set in an alternate reality where Nikola Tesla’s wildest and most ambitious dreams all came to fruition. Within this world, you play as Rose, a curious young journalist who’s looking for her sister Ada on board Tesla’s ship; the Helios.

The game is split into two very distinct halves- the first being a leisurely walk through some beautiful 19th-century art deco scenarios and the second being a terrifying run through Tesla’s hopes and dreams. The first half has all the makings of your standard horror title- girl receives a mysterious letter from her sister and embarks on a creepy abandoned ship to find her. It’s not until you make your way through the maze that is the Helios that you realise just how much sinister shit is actually going down.

What I loved the most about Close to the Sun is the attention to detail. As you make your way through you’re not forced to explore every nook and cranny if you don’t want to- but doing so rewards you with many more of the colours that paint the tapestry of this storyline. My years of dungeon exploring in RPG’s has taught me to never leave a stone unturned; a mentality I took with me here. Doing so opened my eyes to some extra snippets of the story I wouldn’t have otherwise seen.

I was able to sneak a peek into the room and life of a serial killer (kept creepily pristine and neat, as you’d expect, by the way) and I was able to draw my own connections between the story and the characters. Outside of story enhancement and pure fascination, extra exploring doesn’t net you any benefits though. Other than a few collectibles, there are no extras to collect, no weapons to find, no secret passages to explore.

What I first thought to be a very standard plotline soon gets stretched into a different plane once you realise that Rose’s sister Ada has been manipulating the very fabric of time. Here I thought we were just going to be running away from a crazy serial killer for a few hours, but nope. If we have learned anything from time travel movies, it’s that YOU DON’T MESS WITH TIME. This is literally rule number 1, but for some reason, Tesla and Ada think the rules of time don’t apply to them. Lemme tell you- the rules of time apply to all of us, and if you break them there will be consequences. Unluckily for the staff of the Helios, they’re the ones to suffer the brunt of Tesla spitting in the face of time.

Though the plotline becomes convoluted and ridiculous once time planes are introduced, Close to the Sun does a great job of encouraging you to see the game through to the end. Many of the major twists and turns are predictable, but the pacing in the second half makes you feel as though every step is one forward, pushing you towards the big finale.

Close to the Sun has a lot of things that it does really well- the storytelling, the landscape rendering, the use of sound and attention to detail. There are also a lot of areas it falls down- and character design is one of those.

The environments in this game are straight up gorgeous, but the characters look like dogshit. Animations are blocky, robotic and rigid and faces look like something out of the PS2 era. It wouldn’t be a huge issue but the difference between these and the surrounding graphics are night and day. Thankfully it’s not often that you see other characters in this game- and when you do they’re not normally alive for very long. Rose spends 99% of her time alone on the Helios until a stray scientist appears for a jump scare or feed for an otherworldly monster. The appearance of other people is used as a vehicle for cheap frights, and though it worked on me (the biggest scaredy cat on the Player2 team), it felt unrealistic and lazy.

Considering this game launched in the shadow of Bioshock, Close to the Sun stands on its own feet to tell the intriguing story of a reality that could have been. Grounded in the limbo between reality and fantasy, this title is an intriguing and curious walk (and at times a sprint) through a world where Nikola Tesla’s ideas, and nightmares, came to life.