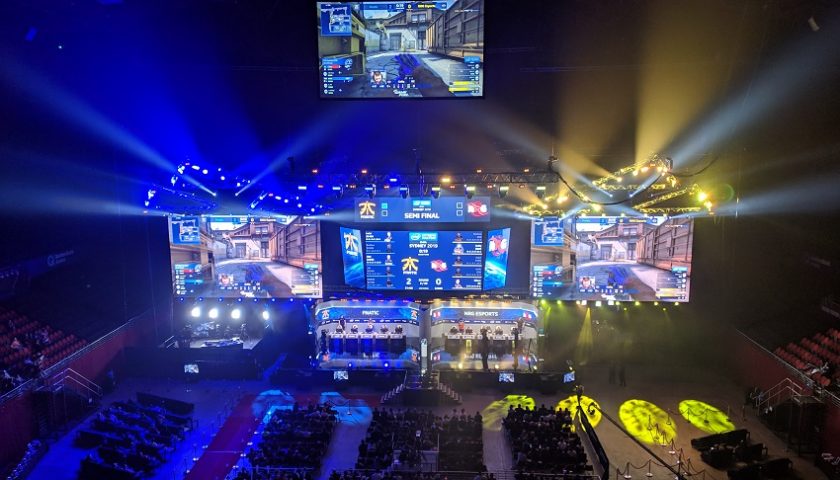 This weekend just past, Australia was once again, treated to another amazing IEM event, showcasing some of the very best esports talent the world has to offer. For those not in the know, IEM (Intel Extreme Masters), is an organisation that hosts competitive gaming events all over the world. Mainly focussing on CS:GO, IEM has also hosted other competitive games, last year was Starcraft 2 and this year played host to the Stage 1 Finals for the Australian Overwatch Contenders.

With that brief summary out of the way, let’s jump into the big events that went down!

The Caches – Australia vs England

We’ve reported on this before (https://clips.twitch.tv/ReliableImpartialAsparagusDoritosChip) and it’s becoming quite clear that this grudge match between Australia and England is something that many attendees to IEM Sydney, really look forward to!

No one really knew what to expect from the Australians though, even though the home siders are 2 – 0 over the last two events, last years was an absolute nail biter with Australia clutching a run from behind victory to seal England’s fate. Sadly again for England, it was yet another defeat with the Australians winning in convincing fashion. Although competitive, it’s all in the spirit of good fun and the crowd were more than happy to go along for the ride.

Don’t take my word for it though, go check out the whole match right here:

Everyone attending IEM 2019 were also treated to the Finals for the Australian Overwatch Contenders. The top four teams of this stage battled it out over the two days to see who would take home the prize money and earn their spot to go play other international teams in Shanghai!

The first team to qualify were the Sydney Drop Bears. After dominating all season, the Drop Bears looked unbeatable in the lead up to this event but their first opponents, the Melbourne Mavericks, definitely made things difficult. The Sydney team struggled against the relatively new bunker meta which was working out quite well against the Drop Bears’ tried and tested GOATS composition. In the end though the Sydney team adapted and took the last two maps in devastating fashion. The second team to secure their spot were the Melbourne Order who looked incredibly strong against Blank Esports. Order never flinched in their domination over the team with their teamwork and cohesion looking as solid as it’s ever been.

As the Grand Finals kicked off, one thing became readily apparent. Melbourne Order, although the underdogs in this tournament, looked strong and in control for the entire best of 7 series. With amazingly timed ultimates, they were able to steal map victories with plays like this one right here:

Sydney Drop Bears weren’t able to collect themselves and from a team that has looked incredibly strong all season, the cracks were beginning to show with mistimed ultimates and players getting caught out of place regularly. Much respect going to the way of the Melbourne Order team who many doubted would be able to win in such dominating fashion and props to the Sydney Drop Bears who will no doubt come back from this stronger than ever!

You can go check out the full match right here:

Now onto what the vast majority of people attending wanted to see … the CS:GO tournament! Over the course of the entire weekend, eight teams faced off to make their way to the finals and battle it out in a best of 5 with the victors taking home the $100,000US prize money.

The emerging two teams were Fnatic and Team Liquid. Fnatic was surprising everyone with their come from behind victories and resilience, every win was through sheer grit but in the end, they had 100% earned their spot on the final day. Team Liquid, on the other hand, has been in amazing form and it showed in their Quarter / Semi-Finals games, taking all in convincing fashion.

On the Sunday, the two teams faced off and proceeded to smash one another. As soon as Fnatic would take a convincing win, Team Liquid would fight right back and do the exact same thing to them. The match ended up going to a fifth and final map and after 6 hours of competitive gaming, Team Liquid emerged from the dust and smoke to be the IEM Sydney 2019 winners!

This was a huge win for Team Liquid after coming second place so often recently, it was clearly a curse they wanted to break and the team looked extremely happy to finally beat it! You can watch the entire match right here (skip to 12:38:00)

And you can go check the final moments as the crowd saw it on our Player2 – YouTube channel right here:

This year’s IEM was once again a fantastic event full of heartbreak, surprises and hype! Next year’s IEM can’t come soon enough!