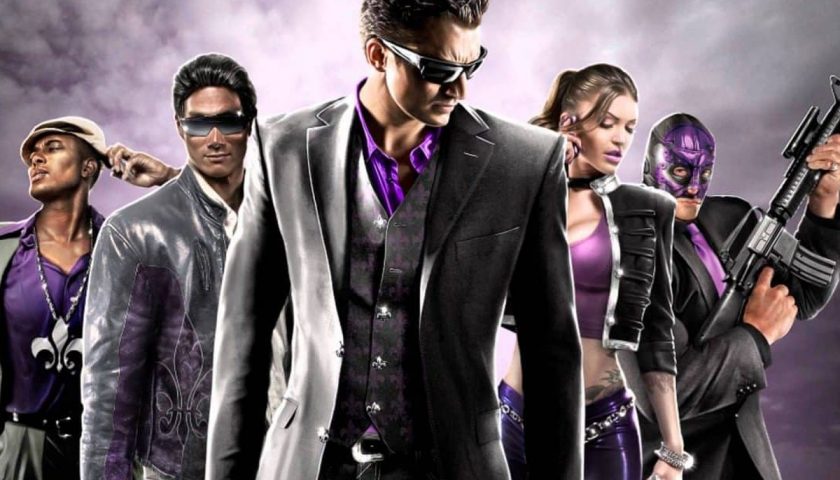 To be fair, the Saints Row series has never tried to be as witty as the one game it so clearly exists in the shadow of, always opting for the low road when it comes to humour. So it’s no surprise that you’ll encounter a fair share of tonal dissonance. Luckily, I was in the right mood to just roll with the game’s brash ridiculousness, happy to play a game that failed to click with me on its console release.

The Switch version may run ugly, with a struggling frame rate, graphical pop-in and input lag, but there’s just something about being able to pick it up, fang around the city, do a few activities or missions and then dock it to charge for later that makes the experience of playing it on the Switch a pure delight – to the point where I found myself drawn to playing this over the comparatively laborious commitment of a TV-and-console session. It’s just so easy to pick this up while my son is napping or my wife is busy doing something for 20 minutes – and then I’m satisfied.

It’s probably just a coincidence, but Saints Row: The Third is perfectly suited to micro-plays, with quick side missions (and a good variety of them) combined with a simple, money-based system of acquiring properties to take over and control areas of the map. Everything you do, even if it’s running completely amuck in the kickass battle tank you receive as part of the “Full Package” DLC, contributes to your earning money, respect and generally becoming more and more powerful.

The experience suffers if you dock the Switch and play at 1080 on a TV, but who is going to do that anyway when you can find the originals on PS3, 360 or PC for a few dollars? This version and I would argue most ports to the Switch, was always going to be aimed at playing in your hands, in short bursts, without the rigmarole of needing to carve out console/TV time.

There’s a lot that I like about Saints Row: The Third that I didn’t appreciate when it first rolled around. The travel system, for instance, gives you arrows whenever you need to turn, so you can fang along roads without needing to check the mini-map, just turn when you see the big, glowing arrows. The quick vehicle entry is still cool to use (the animation never gets old) and the game’s over-the-top weapons are fun to use, especially the missiles from the sky that you can manually control right to a target of your choosing. I like the fact that you can make the fugliest character ever and then giggle during every story scene. The instant delivery of vehicles and the ability to call NPCs in to help with a fight are also cool aspects that underline the game’s commitment to being fun first and foremost.