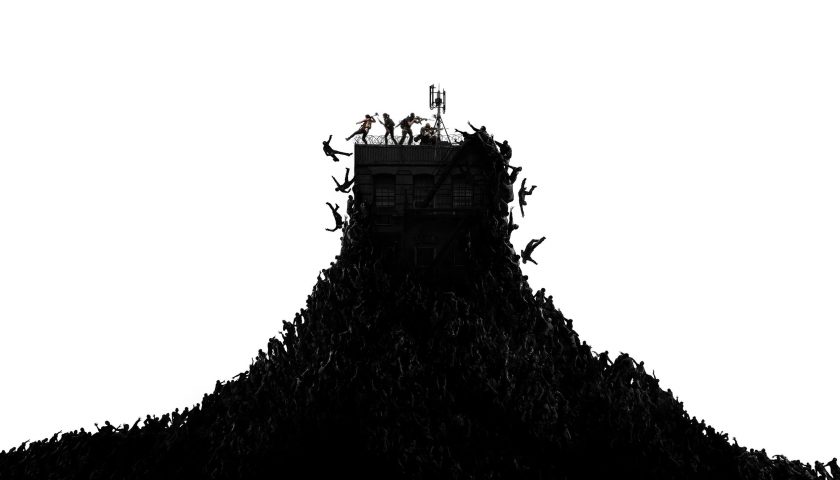 For a reliable enemy so common and used that it feels as though they should be dead and buried, it seems only fitting that zombies continue to come back to our screens time and time again. Whether it’s in film, books (yes, progress means that’s a screen too), or of course, games, zombies were THE thing, and will remain an inevitable presence in fiction until we manage to create them for real. In the case of World War Z, it was a book, a film, and now a game.

One of the aspects that no doubt brings creators back to these stumbling spirits is that while we want to see the humanity in our villains when they’re human (or otherwise sentient), a great big horde of the undead gives a guilt-free way to mow down countless foes. Even robots, a similar kind of villain once, now carry all sorts of questions that while worth, absolutely get in the way of what you’re doing.

In short, zombies are great. You can throw them at virtually any IP that exists and it’ll do something in itself, but the difference with World War Z is that the entire raison d’etre is the teeming hordes of undead. You take away the zombies, and it’s just… the world. Nobody wants that.

The easiest identifier for the game World War Z is action. Above all else, the vast quantity of zombies you encounter means it forgoes the horror of a single shambler and instead grants the shoulder-to-shoulder crush of a Black Friday sale. It isn’t subtle, and it doesn’t try to be – because let’s face it, as soon as you have a literal wave of bodies flooding the streets and shoring up to ledges in a recently-human pyramid, there’s not a lot of room left for the quiet drag of an uncontrolled foot. That rising tide of the undead isn’t quite as impressive as it had been in the eponymous film, but it’s by far the worst smelling round of stacks on there’s ever been.

There aren’t really any surprises here. There are different classes you can play as and different types of zombie. A huge range of guns, a few explosives and a chainsaw, though you have the always satisfying option of a blade to the head as well. You’ll play as one of four, and as difficulties go up, the ticks of realism start creeping in as friendly fire, increased vulnerability for you, and more resilience for the zombies. Multiplayer also brings with an enemy squad, but you can always stick to the co-op missions if the dead are enough for you.

There are callbacks to the film and also the book, and each of the four locations make for interesting set pieces. In particular, it’s the defensive sequences where you’re given the option to create defences in the form of turrets, barbed wire, barricades and more where the game has a pretty good feel. That’s also an excuse to vary the cast of characters you can play as, and while there’s not much characterisation in the game, it’s nice that each place gives you someone who is of the place, rather than a random Brad Pitt type.

While it’s still an enjoyable romp on your own, it doesn’t come close to the experience you’ll have if you can share it with others – more so if they’re people you already know. Things work a little different when you’re playing with others – while the coop missions still remain, the PvPvZ is probably where the game builds a little something else. Set with the standard kinds of goals you’d expect from a PvP, where the difference lies with how a horde of zombies is drawn to the noise of the gunfights. Not only does it add a new aspect to the challenge, but sometimes it’s the zombies that will be your saving grace since they might swarm around opponents that have you on the ropes.

Although many of the fixed missions centre around the human side of the equation, particularly in providing relief to people trying to escape certain doom, it doesn’t hit a beat beyond a background. You don’t have a connection to those fleeing, sometimes don’t see them at all, and really it’s a premise and an excuse, and it never pretends to be anything more than that. That’s not an admonishment, and it delivers what it sets out to. Grab a gun, some friends, and more zombies than you can count. The result can only be one thing.