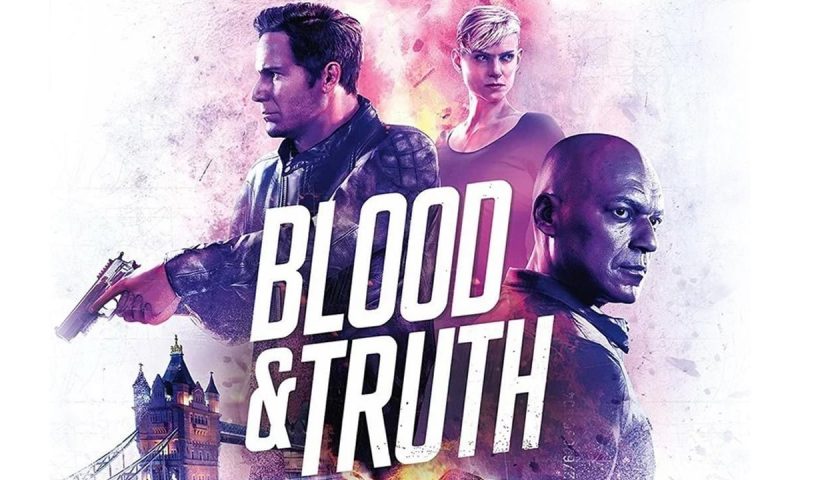 Blood and Truth is Sony’s latest big-budget VR title that aims to replicate what it is like to be a part of your very own Guy Richie action movie. Such grandiose notions need a grandiose review, so we managed to get Paul and Matt in front of a TV, strapped them into the VR and let them take on the British underworld.

Matt: So, let me get this out of the way straight off the bat. Blood and Truth has some insanely high productions values. It oozes a big budget in a way most VR titles can only be jealous of. Recognisable faces, quality voice acting and some of the best graphics seen in a VR title. It is clear that Sony’s London studio really threw everything they had at this one. This is a legitimate attempted to bring the highest quality production money can buy into the VR realm.

Paul: I was fully behind this project from the moment they announced it. With the success of The London Heist from Playstation VR Worlds, I was adamant that they’d return to the concept in a proper fleshed out way. London Heist showed the potential, and Blood & Truth has taken it and run a mile further. Everything about the game oozes quality and it’s great to see a studio, who many of us had thought had lost their way a bit in the years since The Getaway and its sequel, lean back into one of their great strengths.

As you say, the acting, the casting and the graphics are sensational, but it’s the superb level and scenario design that brings forth the potential of the VR platform. What did you think of the moment to moment action?

Matt: Generally I found it to be quite satisfying. How the weapons and reloading are handled is a thing of beauty. Never before have I felt so immersed in a video game’s gunplay. Dual wielding pistols, jamming ammo clips in, I felt like Max Payne. There are some little issues though. Two-handed weapons got a little lost and aiming down the sight was quite difficult. I think the VR struggles with the finer movements required for sniping and the like. I found I ended up getting better results just using the big rifles one-handed, walking around like some sort of Rambo/Terminator hybrid. Did you find it a little awkward at times?

Paul: Absolutely agree, the attempt at realism is fantastic, and by and large feels quite good, but is hampered a bit due to some of the technical limitations of the PSVR. What you said about the finer movements resonated the most with me there, PSVR simply doesn’t boast the same level of precision in terms of positional tracking that other VR platforms do and it means that you’ll find yourself skewing shots or struggling to properly get over cover to line up a shot. Blood & Truth makes demands of the platform that it can’t meet.

I’m sounding very negative at this point, but my overall feelings are anything but, Blood & Truth thrives on placing you in the tension fuelled moments, bombarding you with obstacles and leaving you to scrap it out to stay alive. I found I could only play the game in short bursts because of the adrenaline that would kick in whilst playing. Did you experience anything along those lines?

Matt: Actually I found it pretty easy on me compared to other VR titles. Usually, I struggle in long bursts but I think, thanks to the VR vs Fat Challenge, I am a little more conditioned now and can handle longer stints. That said, it is much easier to play standing and standing in one spot for long bursts can be a little rough on the old knees and back. That is probably an old man complaint, but the game really benefits from being able to play for long stints due to its immersive nature, so anything that makes that tougher is worth a mention.

But do you know what? None of that matters, because when everything comes together, Blood and Truth is really a game that showcases the potential of VR like no other. There have been titles that have impressed in VR, but I don’t think any have come as close to immersing players into their own action adventure like Blood and Truth does. This is the sort of title you dreamed of as a kid, jumping into a gunfight with bad guys, picking locks on safes, bypassing security all in your own private world that immerses all of your senses and that, in my mind, makes Blood and Truth a must buy for all PSVR owners.

Paul: Couldn’t agree with you anymore. We’ve seen some truly immersive experiences, the likes of Moss and Astro Bot immediately spring to mind, but this is a different kind of immersion. In those cases you’re still a very passive participant in the game, that’s not the case here. The placement of your head really matters, get it wrong, and it’ll be shot off, but working every possible angle to your advantage counts and makes an enormous difference to both your playing experience but also the level of immersion. I’m ecstatic with what London Studio have achieved here and I hope they continue to build on this going forward.

Matt: Here’s to more creative uses of VR tech like this. Now it is a few years old we should be seeing things like this more and more often and I for one, couldn’t be happier.